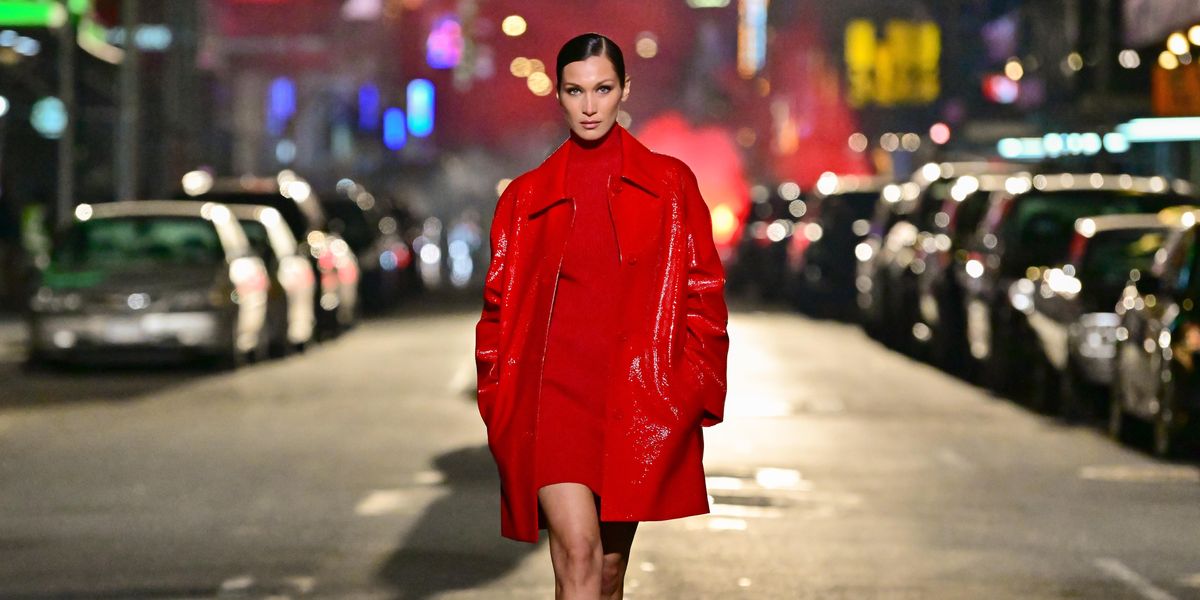 On Sunday, Bella Hadid joined demonstrators at a Free Palestine march in New York City as Gaza saw one of the deadliest single attacks since fighting ramped up last week between Israel and Hamas.

The model, whose father is Palestinian and has been a vocal supporter of the Free Palestine movement for years now, shared photos and videos of her attending the march that ran through the Brooklyn neighborhood of Bay Ridge.

"To be around this many beautiful, smart, respectful, loving, kind, and generous Palestinians all in one place... it feels whole!" Hadid wrote on Instagram. "We are a rare breed!! It's free Palestine til Palestine is free!!!"

The weekend's demonstration follows a week of escalating violence between Israel and Hamas that's so far claimed the lives of roughly 200 Palestinians, over 50 of which were children, and eight people in Israel with airstrikes leveling several buildings in Gaza City, including one that housed offices for the Associated Press and Al Jazeera.

It's the worst fighting the region has seen since 2014 with the UN Secretary General warning that Israel and Palestine are headed for an "uncontainable security and humanitarian crisis" if this continues to go on.

Prior to the march, Hadid urged her followers to educate themselves in separate posts. She shared a photo of herself taken from another Free Palestine demonstration following the Trump administration's controversial announcement that they would be moving the US embassy to Jerusalem four years ago.

"It has always been #freepalestine," Hadid wrote. "ALWAYS. I have a lot to say about this but for now , please read and educate yourself. This is not about religion. This is not about spewing hate on one or the other. This is about Israeli colonization , ethnic cleansing , military occupation and apartheid over the Palestinian people that has been going on for YEARS!"

Hadid went on to express her solidarity with "my Palestinian brothers and sisters," as well as adding that, "I have been told my entire life that who I am: a Palestinian woman - is not real. I've been told my father does not have a birth place if he is from Palestine. And I am here to say. Palestine is very much real and the Palestinian people are here to stay and coexist. As they always have."