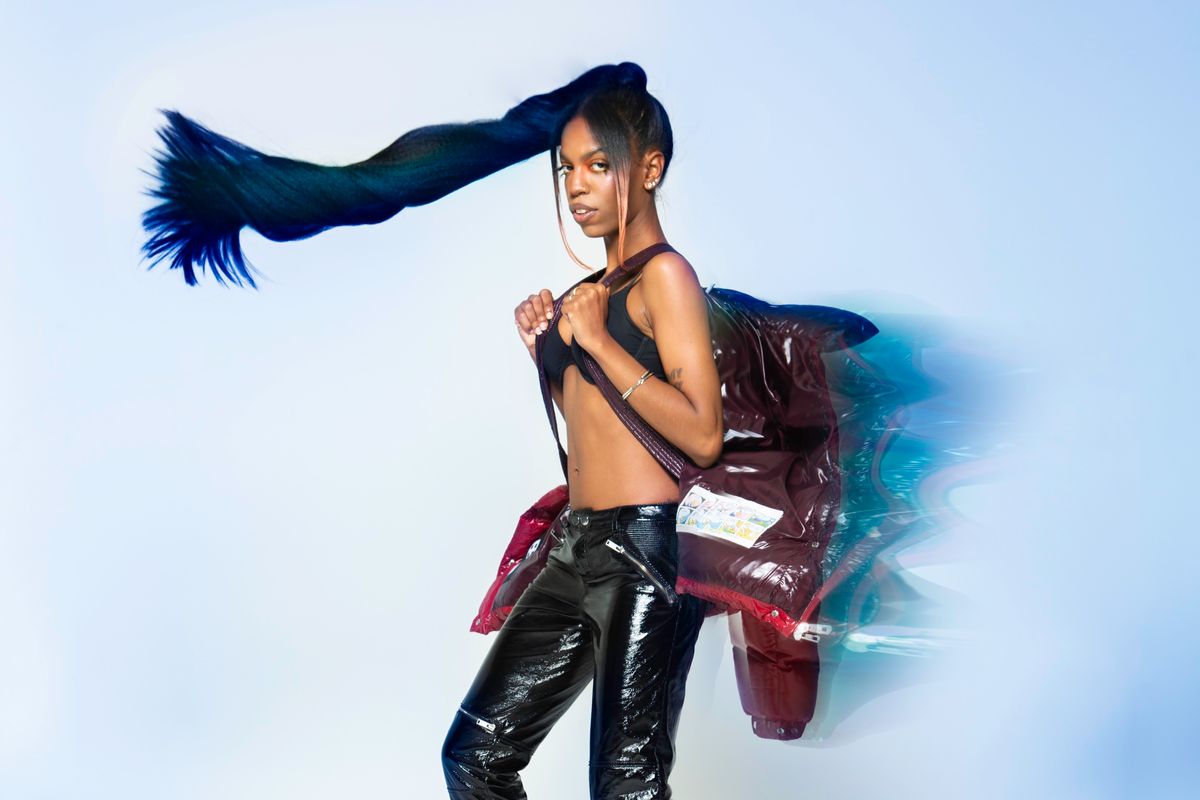 The task of breaking out as a solo artist during quarantine is an ambitious one, but BAYLI has successfully been cutting through all the noise. After debuting in 2017 her band, The Skins, which went on to tour with "Cake by the Ocean" hitmakers DNCE, BAYLI decided to embark this year on her own music project — and with it came two mega-bops, "boys lie," and, "sushi for breakfast," off a forthcoming EP, stories from new york.

Related | Behind the Bops: Tayla Parx

It's no surprise she's positioned as one of Warner Chappell's most promising songwriters, having worked with everyone from Justin Tranter to Jesse McCartney. On "boys lie," BAYLI sums up her frustrations with men quite simply, repeating, "Boys lie all the time 'bout anything" — a hilarious, relatable track wrapped in autotune and pop guitars. On "sushi for breakfast," she doubles down on all the partners that don't deserve her: "Don't want love/ I want sushi for breakfast." (Sometimes the strongest lyrics are the most straightforward.)

Now, BAYLI is announcing an official remix of "sushi for breakfast," featuring another lyrical powerhouse, Junglepussy. Arriving August 7th, the spacey updated track will come packaged with an animated video of digitized New York City and graphic artwork by acclaimed Japanese artist Mitsume. "All works are created using only a computer mouse," he writes on Instagram of his colorful practice. "The delicate lines are drawn using paths in Adobe Illustrator and the colors are full of energy."

Below, BAYLI interviews Mitsume about everything from early influencers to travel and their favorite sushi. Also, keep scrolling for an exclusive playlist curated by BAYLI and Junglepussy in anticipation of their collaboration. (It features everything from Bree Runway to Arca and 100 gecs.) Pre-order the "Sushi for Breakfast" remix, here.

Mitsume: My zodiac sign is Cancer. My sister is a Pisces, the same as you.

What kind of shows and visuals did you watch growing up, and did any of those influence your art today?

Japan is a country with very many characters such as manga, anime, advertising, toys and fashion. Whenever I come across an attractive character that has been created, I get an urge to draw a strong character expression, myself.

What's your favorite place that you've traveled to?

I love places with beautiful nature. Special places that I've only been to once, of course, are also lovely. When I think about where my favorite place is, I must say it's a familiar place to me. I love the nearby mountains and walking around my house.

Who or what inspires your art, old and new?

When I was a student, I was greatly influenced by the graffiti art culture. I found the "tagging" to be similar to the Japanese "gyosho."

How is your art received in Japan? I sometimes feel like my art is appreciated more overseas than domestically.

My work often falls into the "subculture" genre. It's a slightly different genre than anime and otaku culture, and a bit more of an underground scene. I feel that my work is more highly valued abroad than in Japan.

How do you feel about the diffusion of East Asian culture into New York City fashion?

I am very happy to see so many different cultures mixing together. It gives us a chance to understand each other — a chance to think about tradition and history, and a chance for new possibilities. I think it's a good thing for artists to have this happening all over the world.

How do you feel about the influences from New York streetwear in Japanese art?

In Japan, people enjoy what comes in from the outside without much resistance. However, they often reject new expressions and ideas that come out of Japan. That's the wonderful thing about the Japanese people. Japan accepts many cultures from all over the world, but the Japanese character never goes away.

How do you see your art changing in the future?

I believe that as society changes, the art scene will also undergo major changes. The value of digital works of art will be higher than ever before. The value will not only be determined by how high the price is. I think that a new aspect of value will be trust. I also think the potential of art exists in the evolution of technology.

What's your favorite roll of sushi!?

My favorite sushi to eat is the Blue Fin Tuna Roll. But for the appearance, I like the look of the Cucumber roll.