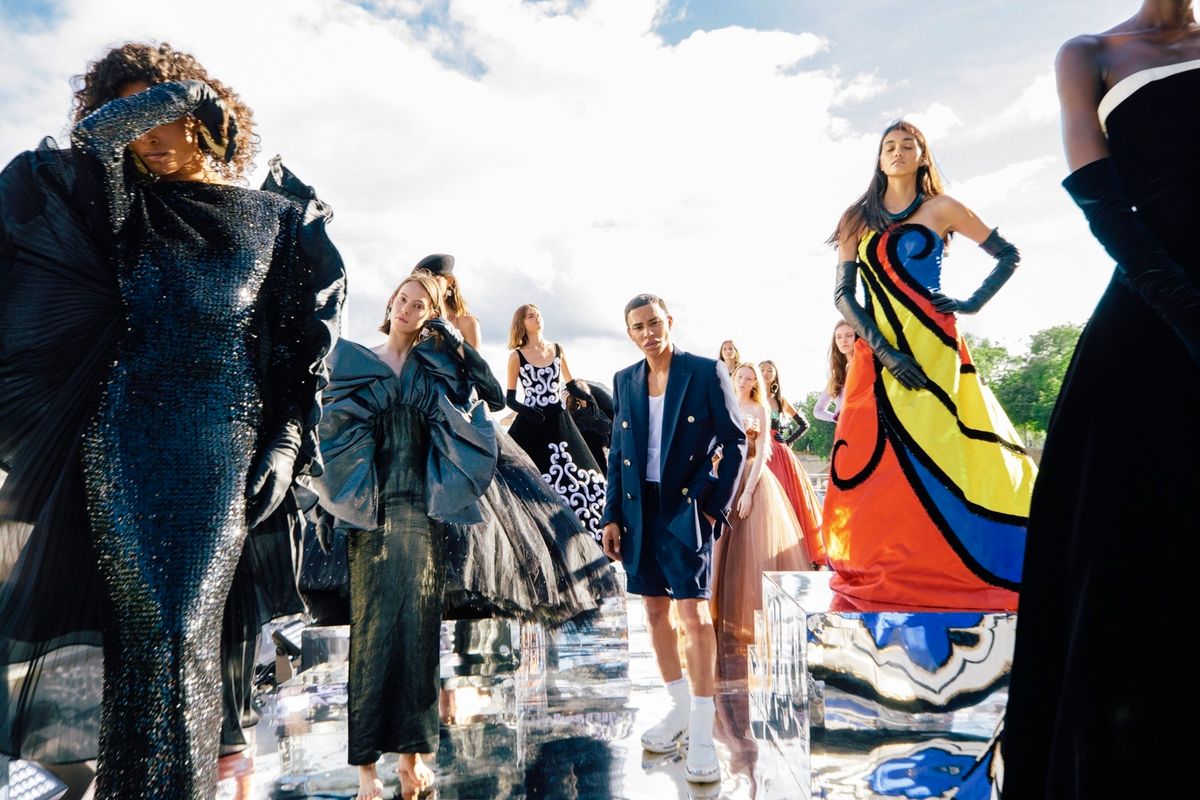 It wouldn't be fashion week without a party — even if the collections are being shown digitally this season. So naturally, fashion's favorite party host Olivier Rousteing threw an event that even the most jaded fashion person would not want to miss out on.

Balmain Sur Seine, as it was called, was held on a mini cruise on the eve of Haute Couture Week and featured stunning views of Paris along the river. Only if you were stationed on a bridge or the city's river banks (or if you had a TikTok, where it was exclusively streamed) could you catch a glimpse of the proceedings.

In leiu of a runway format, the boat party featured models posing in vignettes wearing archive couture pieces from past decades and former creative directors like Erik Mortensen, Oscar de la Renta and founder Pierre Balmain. A couple of recent, signature looks from Olivier (like sharp, double-breasted jackets) were thrown in to show the evolution of the house.

The event was held as a celebration of the brand's return to Paris and the end of the city's lockdown. Social distancing guidelines were followed, and only a limited number of performers and production were allowed onboard.

"Perhaps it's a reflection of my own personal history," Rousteing said of the optimistic approach to the event. "After all, it was not too long ago that someone like me was never meant to end up in the position that I occupy today. Change happens. Progress is possible."

The evening finished off with a live performance from French singer-songwriter Yseult and a dance number from Jean-Charles Jousni, who choreographed the brand's men's show in January.

"I love that I work for a house that supports me and has joined with me in pushing for inclusion and changes from the very first day that I began working here," Rousteing said. "Today's event looks forward, with hope and confidence in the changes and progress that lie ahead for all of us."

Balmain creative director Olivier Rousteing and a group of dancers.