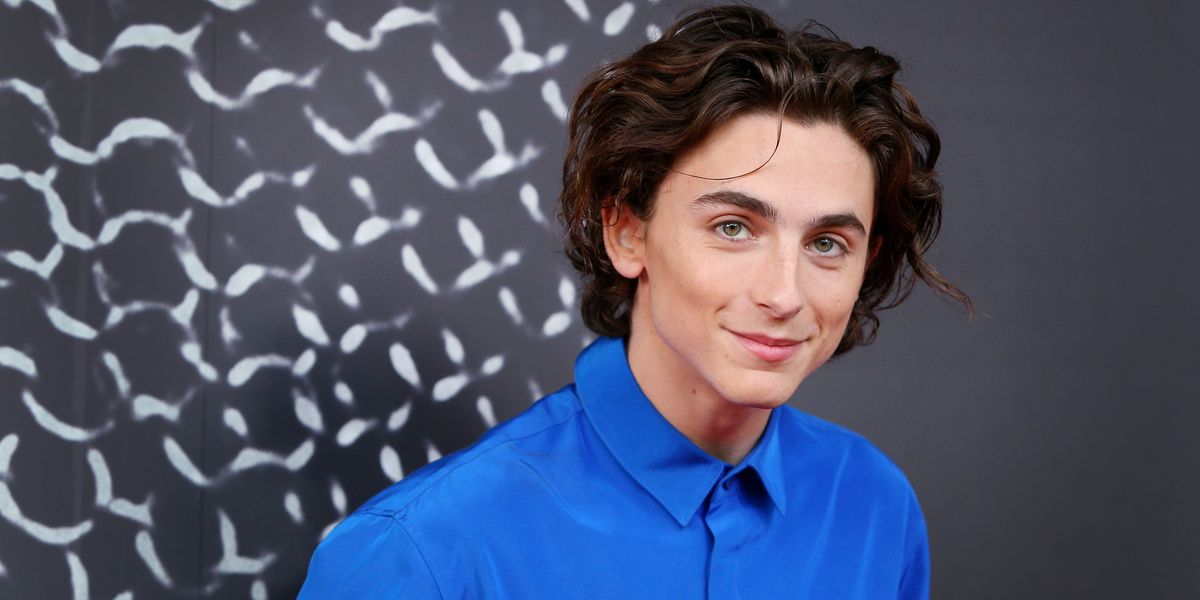 From his mustache to that much-memed bowl cut, it's no secret that the internet has a borderline unhealthy obsession with Timothée Chalamet's hair. However, what would happen if our angel-haired prince had no hair at all? Well, if the mere prospect of Timothée's shaved head is any indication, we'd have a full-on social media rift on our hands.

As anyone who's been near Twitter in the last day or two has seen, an edited photo of Timmy's buzzed head has been all over our timelines. The handiwork of artist @hey_reilly, this Photoshop job is so convincing, that it's managed to launch a heated online debate over whether or not he looks better with the shorter hairstyle.

I think with his facial feature he looks good even like this!

If Timmy actually looked like this, maybe I’d understand the rampant thirst. pic.twitter.com/CH8zbZpD7q

TIMOTHÉE SHAVE YOUR HEAD RIGHT NOW I NEED TO SEE THIS HAPPEN HAIR GROWS BACK pic.twitter.com/ewGvKQ88Qt

I DID NOT JUST FUCKING SAW BALD TIMOTHÉE CHALAMET ON MY TL WTF IS WRONG WITH Y'ALL pic.twitter.com/98Gw3bTNpN

timothée’s hair blessing your tl that is full of pics of him bald pic.twitter.com/hq0BfxfQwi

Personally, we're not too mad at it. That said, we also concede to a very legitimate point brought up by several other fans: The fact that Timothée's luscious locks are his signature look.

he looks good but his hair is just ICONIC

honestly not bad,,,,,, but his curls always win

Either way, we just hope Timothée himself knows that if he decides to try out a new quarantine buzz cut, there's going to be a lot of thoughts.

Editor's Note: This post was updated to reflect new information.