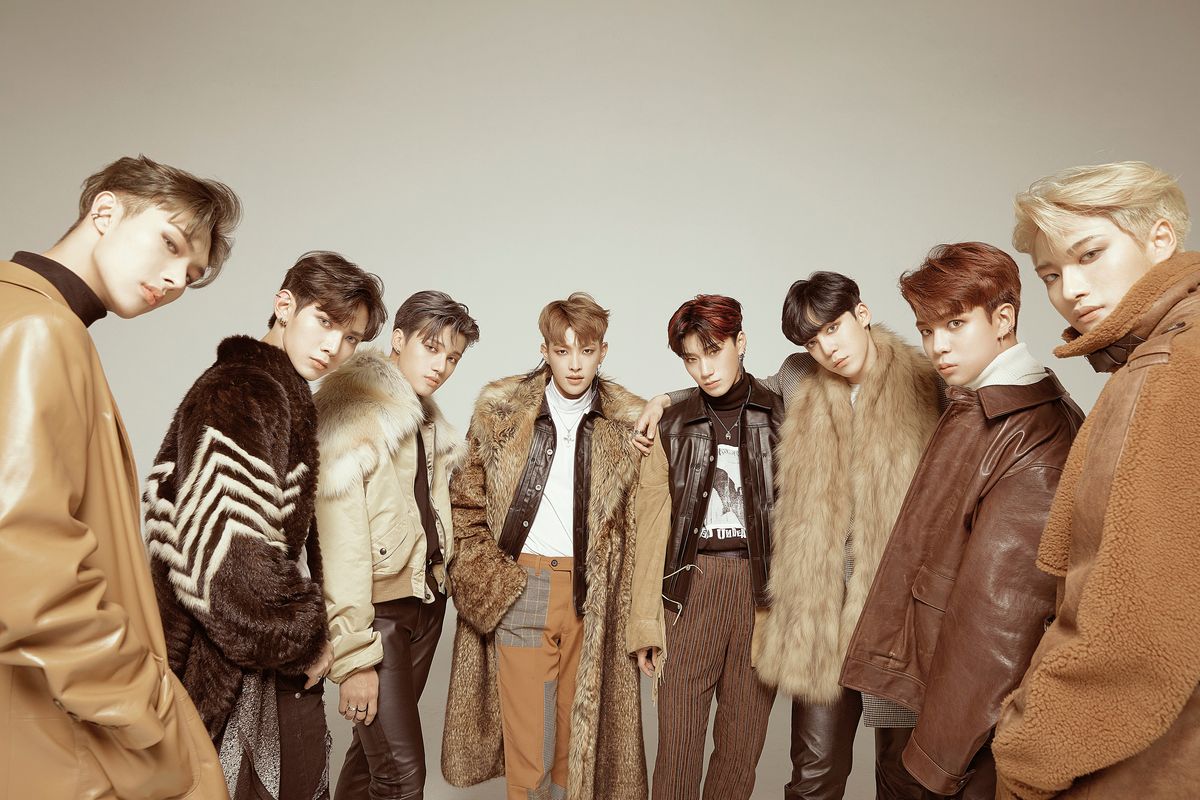 ATEEZ on Tour Life, Getting Along and Listening to Their Fans

At over 150 years old, the Bahia Palace is one of the greatest historical sites in Marrakech, Morocco. Its decadent, cerulean and canary yellow courtyard is not, by any means, a place you'd expect to find one of K-Pop's newest, most promising groups dancing to their debut single. However, this is ATEEZ, KQ Entertainment's newest boy group, and trailblazing is just part of their repertoire.

Despite only officially debuting four months ago, ATEEZ, short for 'A Teenager Z,' has already branded their name in the annals of K-Pop history. The eight member group consisting of Hongjoong, Mingi, Yeosang, Yunho, Jongho, San, Seonghwa, and Wooyoung has captivated fans around the globe with their powerhouse singles and formidable stage presence since their explosive debut last October. On March 15, ATEEZ will kick off their first-ever international tour in Los Angeles. It also happens to be their first sold out tour too, an incredible feat for a young K-Pop group and a testament to their popularity in America.

ATEEZ's sound, according to leader Hongjoong, is "without any limitation when it comes to genres." It's a principle they want to carry as a group throughout their career. With only eleven tracks to their name, ATEEZ's desire for musical diversity is quickly discernible in their discography; the group hops from effervescent tropical house ("Stay") to syrupy R&B ("Light") with a determined passion to show the world what they've got.

On October 24, ATEEZ splashed into the K-Pop music scene with their debut mini-album, TREASURE EP.1: All To Zero. Set on rollicking seas, the album takes the listener on an adventure in search of an unimaginable treasure. Its two promotional tracks, the bombastic, gritty "Pirate King" and soaring, EDM-infused "Treasure," solidified ATEEZ as a rookie group whose electrifying charisma and talent couldn't be overlooked. With music videos filmed in the sprawling Sahara Desert, both singles caught on like wildfire, quickly amassing millions of views online and comments about the group's strong, self-choreographed dance routines and concept.

"When we debuted, everything was new and strange. We were embarrassed a little," San reflects. "Now, we've gotten used to new stages and performances a little bit more. As we perform on stage, we think that we have to do this better next time."

According to Seonghwa, the greatest change in the group's lives since their debut is meeting the group's fans, called Atiny, a portmanteau of the words 'ATEEZ' and 'destiny.' "When we were trainees, everything was so vague because we didn't know when we could actually debut. It sometimes made us frustrated," confesses Seonghwa. "However, Atiny is like a close friend to us now who supports us whenever we feel tired and exhausted. We are living a flourishing and happy life with the fact that there is someone [who will] always be there for us, and we can share our feelings with them all the time."

The group held their first comeback three months later on January 15 with their second mini-album, TREASURE EP.2: Zero To One. It skyrocketed to the fifth spot on the Billboard World Albums chart and seventh on the Heatseekers Albums chart in America in its first week: a glimpse into the group's bubbling popularity stateside. Promotional singles "Say My Name" and "HALA HALA" mixed slick, addictive hooks with distinctive choreography that even launched a global dance challenge urging listeners to post videos performing the group's signature moves seen in the "Say My Name" video.

The album also included "From," a song ATEEZ personally wrote and produced while they were trainees under the name KQ Fellaz. The songwriting and recording process for the track was chronicled on the group's first reality program, KQ Fellaz American Training, and its music video was recorded while the group trained in Los Angeles.

"The song 'From' is so meaningful to everyone, not just me," explains Hongjoong. "The song was produced in various places and environments; we also wrote the song thinking of our future fans [and how] we never knew when we [could] meet them. It feels like a letter from the past to us. The song has our members' real stories."

"From" is not the only track written by ATEEZ; members Hongjoong and Mingi contribute lyrics for almost all of their songs. For Hongjoong, writing songs came from an interest in wanting to create instrumental tracks. "Previously, I was inspired by dramas and movies; now, lyrics-wise, I am inspired by fans' letters and stories. When it comes to song melodies, I am inspired by old pop songs," he replies.

For rapper Mingi, a passion for writing lyrics came once he started studying rap music and hip-hop dance. "I had an interest in hip-hop music and I thought it would be more fun to learn how to make songs," he says. "It varies depending on the situation, but I am usually inspired by new songs of artists that I like."

Mingi's dream to become a singer, however, formed much earlier, on a roadtrip with his father as a child. "We listened to Kim Jong Kook's song called 'Loveable' in my dad's car," he recalls. "I think that was the most treasured memory to me because I've dreamed to become a singer to make people happy since then."

Though they're booked solid with concerts in America and Europe through the end of April, that doesn't mean ATEEZ isn't buzzing with ideas for their next album. "We have tried powerful concepts and performances with the two albums released," says Yeosang. "Next time, we would like to try a trance concept if possible."

Wooyoung wants to take a softer approach. "I would like to try a pure and innocent concept," he reveals. "It is because we would like to show various artistic aspects of ourselves to our fans!"

The group's music videos have taken them from Los Angeles to Morocco, but ATEEZ still has a few more places they'd like to film music videos in the future, too. "I would say England!" Hongjoong replies excitedly. "I used to admire and love the atmosphere and environment of European countries so much. Especially, I feel like there is a special atmosphere in England, so I would like to record our next music video there."

Yunho has a very different idea. "I am not too sure whether our members would like my suggestion, but I would like to record our music video in the jungle. I think unexpected things would happen all the time in the jungle, and it would be visually attractive when the scenery is recorded with a camera." He then promptly apologizing to the rest of the group.

Consideration for each other is one of ATEEZ's greatest strengths. The group's slogan is "eight makes one team," signifying how each member is an irreplaceable part of the group's essence. Their secret for staying such a strong unit is to simply not keep secrets and talk about everything. "We chat with each other quite often. Once a week, all members gather around to have a time to talk about what is good and bad to each other," the youngest member Jongho shares. "I think this time works in a good way!"

"Whenever we have conflicts, we tell each other how we feel about the situation," continues Seonghwa. "Also, we share our good feelings and moments together, and it makes us happier."

The group got to share a happy moment together when their American tour dates sold out within hours of their release in January. ATEEZ's "The Expedition Tour' will visit Los Angeles, Dallas, Chicago, Atlanta, and Brooklyn before skipping across the Atlantic for a sold out stint in Europe. Tickets for the tour were in such high demand that one fan even launched a petition that amassed over 475 signatures urging the promoters to switch to a larger venue. It worked to an extent; the venue in Chicago was changed from Park West to the Vic Theatre, but none of the other venues have been changed (so far).

Now, ATEEZ is preparing for the historic expedition ahead of them, promising their best performances and sharing their excitement at meeting their international fans.

"We were so happy to hear about sold out of the U.S. tour tickets," says Yunho. "Thanks so much to all our fans overseas! It is our first ever tour, so we are nervous but excited. We are preparing a lot of things for amazing performances there!"