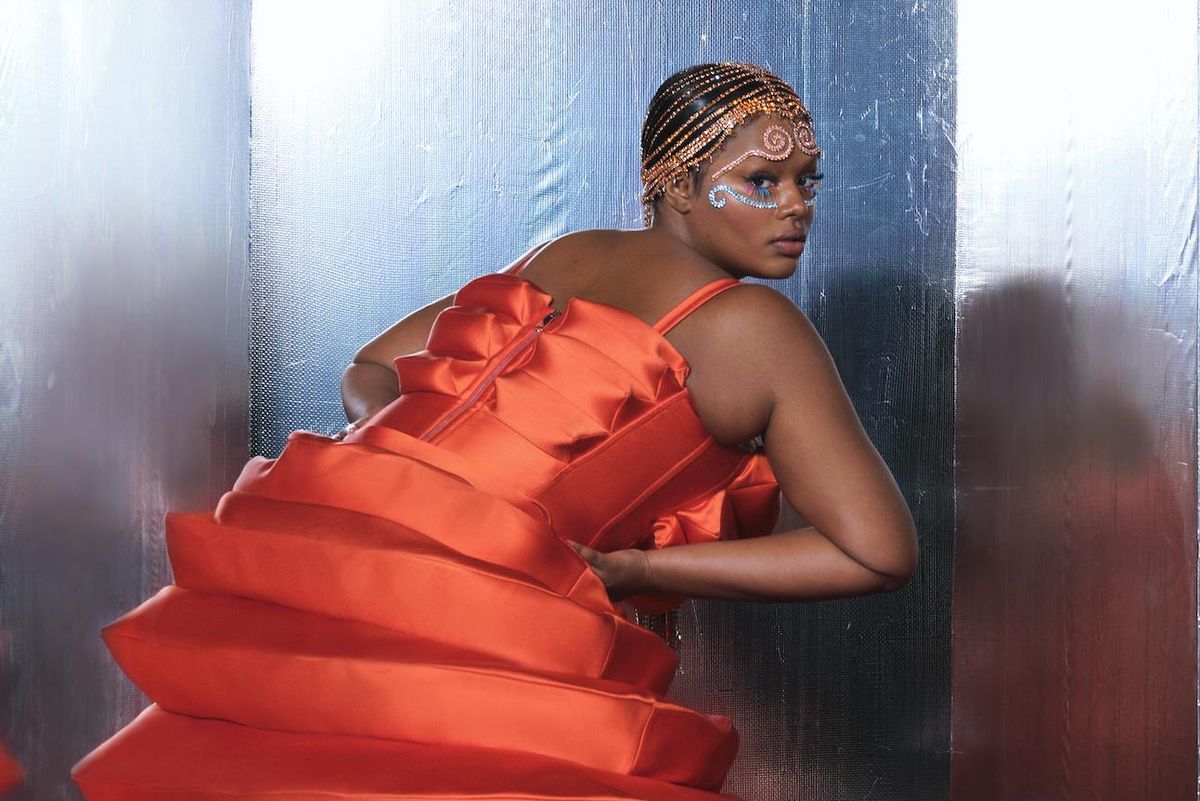 What Does 'Couture' Even Mean?

When the founders and designers of New York City-based fashion and accessories brand AREA, Piotrek Panszczyk and Beckett Fogg, debuted their very first couture collection a few weeks ago, they did it with an unusual asterisk.

For many fashion insiders, this announcement felt like a shrewd gimmick, intended to spark stories like the Vogue one just mentioned. Why? It's quite simple, really. Without being sponsored by a member of the Fédération de la Haute Couture et de la Mode, no designer can show at Paris Couture Week. That's why terms like "couture-adjacent" are more accurate, technically. And if couture stands for anything, it is technical excellence, so technicality here should not be glossed over. "There have been guest members of the syndicale for years now, so it has not been a prerequisite to have a studio in Paris for example, if you are invited on that basis," says Dr. Kate Strasdin, a fashion historian and Senior Lecturer of Cultural Studies at Falmouth University. "However, for a brand to make its own decision about its status in this way has not been a part of that rarefied world before."

"I'm quite confident in saying that if you look at a Parisian brand, I feel we're operating on the same level of craft," Panszcyzk told Vogue when the announcement came in January that, in addition to showing alongside the Couture week official schedule, they would be adopting a see-now, buy-now model moving forward with their ready-to-wear collections.

"For us, a new way of showing our collections just made more sense to how our community discovers our universe," Panszczyk tells PAPER. "With the lockdowns, we finally had an opportunity to stop and really look at how our creative process worked within the current fashion system, and realized that we needed to take control and dictate our own way of working."

I recognized this announcement as AREA subliminally saying two things: we're ready for a bigger stage, and we're not too interested in playing by somebody else's rules. It was less about the clothes and more about the narrative. "Doing a collection like this meant we weren't held back by the confines of the marketplace and we were able to fully create a fantasy," Fogg explains. "I think it is an acknowledgement that couture should equate to process rather than hierarchy and if the artisanal skill is present then the opportunities are available," adds Strasdin.

Less than two weeks after the announcement, AREA rolled out its Spring 2021 Couture collection, a 14-look collection modeled by Precious Lee and Yasmin Wijnaldum. "For our debut Haute Couture collection, we wanted to highlight our passion for custom tailoring," the designers wrote in the show notes. "We feel like every type of body is beautiful and unique in its own way. We wanted to highlight that by playing with a range of silhouettes created to complement the wearer, showcasing that beauty and craft can feel exclusive in its core but at the same time include a range of body types."

A range of body types on the couture runway? It shouldn't be revelatory, and yet. And with a governing body making no concerted effort to diversify by controlling who joins its ranks, how can one make change if not by forcing it?

Then the reviews began rolling in. "Definitely not your grandmother's couture," Vogue's Nichole Phelps noted in her review. Women's Wear Daily called it "radically simple," while i-D stated that "this was AREA NYC in all its incendiary, skin-flashing glory." Nowhere online could I find a review that qualitatively spoke to clothing on display. "The thing is that since this is now under a couture label, all finishes have to be even more impeccable," wrote José Criales-Unzueta in his review of the show on Instagram.

Related | @TheKimbino Is an Oracle of the Diet Prada Age

Feeling starved for informed perspective, I sought out one of my favorite fashion loudmouths, writer Max Berlinger. "I think AREA did themselves a disservice, because it didn't live up to that," he said. "If they had said they were making custom garments or debuting a collection that could be ordered made-to-measure I would have been more on board, but I think the word couture complicates thing and — now I'm just looking at the images on a screen, mind you — it didn't live up to that standard. I think there was a level of yearning or sweeping emotion missing from the clothes that I look to for couture."

Now, did all those shows sponsored by the Fédération de la Haute Couture et de la Mode live up to this high standard? *Gazes at Chanel, Dior and Fendi's SS21 Couture shows* You tell me.

"It happens," says Berlinger. "These are men and women, not Gods, but they know what's being asked of them and do their best to deliver the finesses that they've been promising." It's also worth noting the resources that the Chanels, Diors and Fendis have access to by way of virtually unlimited funds. AREA does not have that. Instead and in contrast, AREA is about ingenuity, expression, and freedom from the restrictions of the fashion establishment. In many ways, comparing AREA and Iris van Herpen isn't a worthwhile endeavor because the intent of creation, especially the who it's being created for, is not aligned.

So there's a couple of ways to look at it: AREA's entry into couture could be a way of sending a message to the establishment about the gatekeeping that makes this industry so difficult to break through to, particularly for designers who do not come from great means. Their inclusion, not at the behest of the Fédération de la Haute Couture et de la Mode, but in disregard of it, could be seen as a non-verbal statement. That they received such mainstream coverage all the way up to Vogue is an indication that that statement was heard. Sure, Vogue called it "couture-adjacent" two paragraphs down, but the headline reads: AREA Spring 2021 Couture Collection.

There's also some factors beyond the clothing: how it was presented and who it was worn by. The video they produced in conjunction with the images, shot by Ned Rogers, breathes life into these pieces, and helps conjure the recognition that this is wearable art. That six of the fourteen images/videos are of model Precious Lee, the first Black plus-size model to ever appear in American Vogue, is again, a powerful offering — especially so in contrast to the other couture shows featuring glaringly and overwhelmingly white, straight-sized models.

"While we respect the doctrines and practices of traditional couture, for us it wasn't so much about sending a message to an establishment as it was making a statement about how we see the world as it is and how we would like to see it," says Panszczyk. "We both have experience working in and learning from that world and we wanted to make the craft and the beauty more accessible."

Related | Balenciaga Haute Couture Is Back

"As we do with all our endeavors, we tried to look at how Couture could be different, more inclusive, more modern," says Fogg. "For us that meant that it is not confined to the back rooms and grand salons of one city and for certain people, but that it is for all, for anyone who appreciates craft and beauty and challenges what beauty is and stands for."

I'm not trying to compare the Fédération de la Haute Couture et de la Mode to D*nald Tr*mp, but go with me here for a moment if you will. AREA is to Couture Week what the Women's March was to Tr*mp's inauguration. It usurped the system by leveraging the eyeballs on Couture Week and redirecting the gaze. It struck down walls, in opposition to those building them up. If anything, AREA's breaking ground may lead to a swell of couture-adjacent entries from a new crop of designers who have long felt excluded or ignored from the fashion establishment.

"I really hope it does break a barrier," says Dr. Stradsin. "The fashion system has to change and for a brand like AREA to showcase high-end processes at the same time as championing difference might just inspire young designers to aspire to practice and preserve those processes that can make high fashion magical. If the Federation as gatekeeper of the heritage brands, can also recognize that to encourage these practices is to protect them, then it could be an exciting way forward."