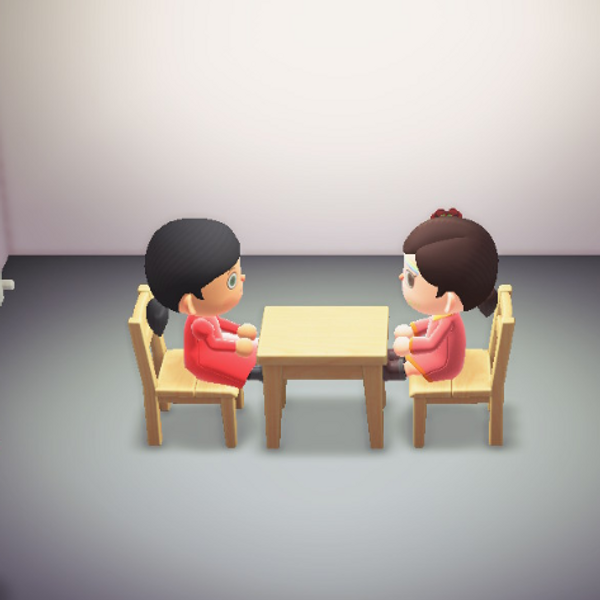 Sit Across From Marina Abramović in 'Animal Crossing'

These days, the villagers in Animal Crossing are more active than the players controlling them. So while shops, restaurants and theaters may be shut down IRL, the social simulation game gives users who are stuck at home the ability to partake in their favorite activities online. Now, thanks to one user, this includes gallery hopping.

Artworks displayed include a text piece mirroring Barbara Kruger's "Untitled," which cleverly swaps "your body is a battleground," in favor of a more New Horizons-friendly "your turnips are a battleground." Khor also built Jeanne-Claude's "The Umbrellas," Chris Burden's "Urban Light" and, perhaps most powerfully, Abramović's iconic 3-month long 2010 performance piece "The Artist Is Present." In Khor's digital version, her avatar, dressed as Abramović herself, sat for an hour at a table across from an empty chair and invited others to sit down.

In an email to Artnet News, Khor spoke about the feedback she received from her performance and how it encouraged people (and the Animal Crossing versions of themselves) to engage in a time when many of us are not physically able.

"I think The Artist is Present in Animal Crossing especially resonated with people in this particular time where we are so isolated from other people," Khor wrote. "Lots of people said that the experience was surprisingly emotional. The simple act of sitting in a chair and staring at another person without speaking is still a moving experience, even if mediated by the internet and a video game."

As Khor, and Kruger, might agree — art is a powerful form of expression and protest. Throughout history, artists have used many mediums and platforms to send a message, which makes this new use of Animal Crossing in a socially-distant era all the more important.