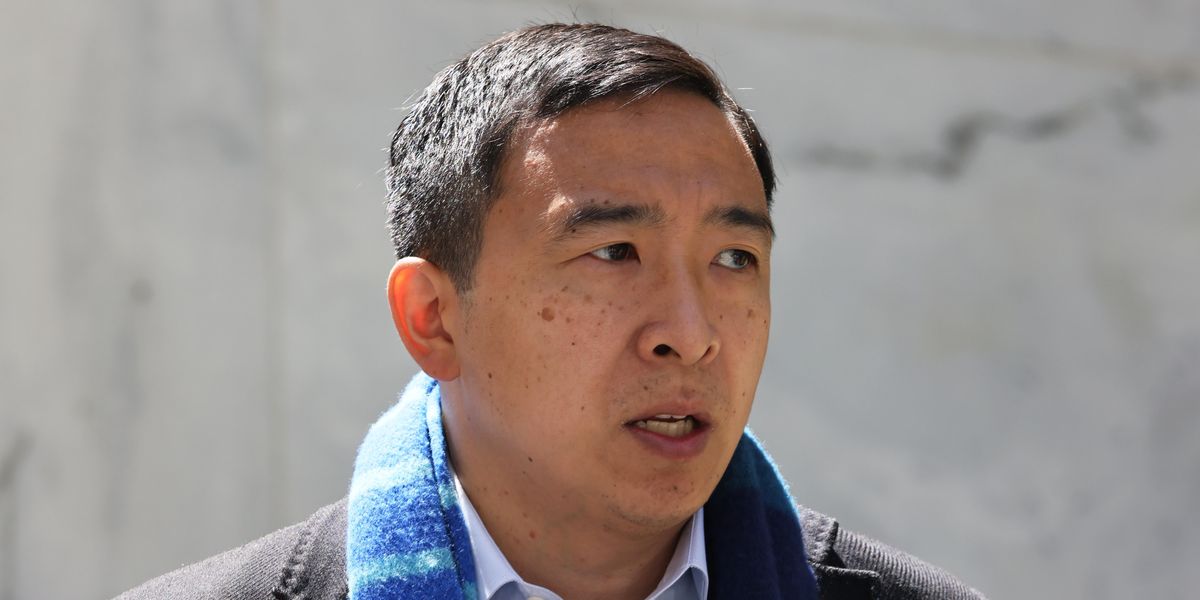 New York City's mayoral candidate Andrew Yang tweeted out his support for Israel amidst its ongoing clashes with Palestine, leading to many believing that he supports genocide — so much so that it became its own trending hashtag, #YangSupportsGenocide.

Yang took to Twitter with a tweet condemning the Islamist group that is in control of the Gaza Strip. "I'm standing with the people of Israel who are coming under bombardment attacks, and condemn the Hamas terrorists," he wrote.

I'm standing with the people of Israel who are coming under bombardment attacks, and condemn the Hamas terrorists.… https://t.co/y1X6QWgj6A
— Andrew Yang🧢🗽🇺🇸 (@Andrew Yang🧢🗽🇺🇸)1620689286.0

The candidate continued on, suggesting that the entirety of NYC also, similarly, stands with Israel. "The people of NYC will always stand with our brothers and sisters in Israel who face down terrorism and persevere," he said.

Republicans seemingly couldn't wait to cheer him on. One of the first was Ted Cruz, of course, who wrote on Twitter, "Bravo to Yang for opposing the rabidly pro-Hamas & anti-Israel attacks from fellow Dems Omar & Tlaib."

Joining Cruz was Stephen Miller, a former senior adviser for Donald Trump during the latter's presidency. "@AndrewYang is exactly right, @IlhanMN is outrageously wrong," he tweeted.

Cruz and Miller's definitions of "wrong" stemmed from representative Ilhan Ohmar, a Democratic senate member from Minnesota, and her tweet on Monday following Israeli airstrikes that killed at least 23 Palestinians and injured another 107. "Israeli air strikes killing civilians in Gaza is an act of terrorism," she wrote.

Opposing Yang's tweet was Bishop Talbert Swan, the president of the Springfield, MA chapter of the NAACP, writing that "the systemic oppression, institutional discrimination, and violent persecution of Palestinians are crime against humanity. It is wicked, evil, and inhumane. Glad to know where you stand."

Despite trending, Yang has yet to update his account with any kind of response to his previous tweet.