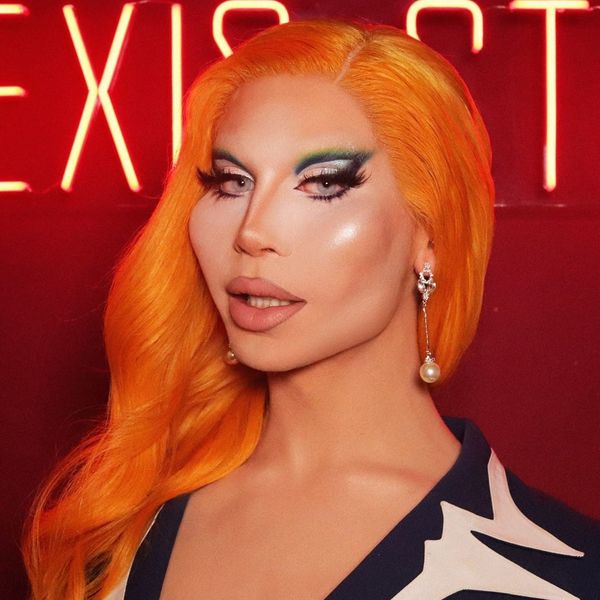 Alexis Stone has long thrilled the beauty community with dramatic transformations into stars like Billie Eilish and Kylie Jenner. Now, the makeup artist and drag queen wants to give you the opportunity to do the same. In a new video, Stone announced the launch of his brand new beauty collaboration with MFX WAREHOUSE: cheekbone prosthetics.

Related | How I Convinced the World My Replica Was Really Me

Stone says the prosthetic has been in the works for a few years, and contributes to the evolving conversation surrounding body modification, whether for artistic or personal use. In the announcement video, Stone seemingly tears away his "skin," revealing his new product and recalling the time he convinced the world he had undergone botched plastic surgeries.

The responses he received from the viral video, as well as special effects from movies, have served as a consistent source of inspiration for Stone. "I've always wanted to merge the ideas of what we see in movies and real life," he tells PAPER. "This was my way of being able to express my idea of beauty."

Stone's new prosthetics will provide an opportunity for people to safely experiment with their own perception of beauty, regardless of outside scrutiny. "However someone decides to display their idea of beauty is really no concern of other people," he says.

It just so happens that Stone collaborated with the company that made the one-of-a-kind, very pointy cheekbones worn during Lady Gaga's impactful Born This Way era. Prior to doing drag, Stone was a fashion designer and worked with Gaga on creating some of her costumes.

"Lady Gaga has been an inspiration to many people, whether or not that's in terms of music," Stone says. "I think just having people like her present inspires people to be themselves."

The Alexis Stone x MFX Warehouse Cheekbones come in four shades — pale, medium, warm and dark — and they're available for purchase now on the MFX Warehouse website. Stone will soon be posting a video tutorial on how to properly apply and remove the prosthetic.

Stone, as always, has more tricks up his sleeve. He hints, "I will not be posting the devil emoji until I have another reveal." To keep up with what Alexis Stone will shock us with next, be sure to follow the artist on Instagram and subscribe to his YouTube channel.