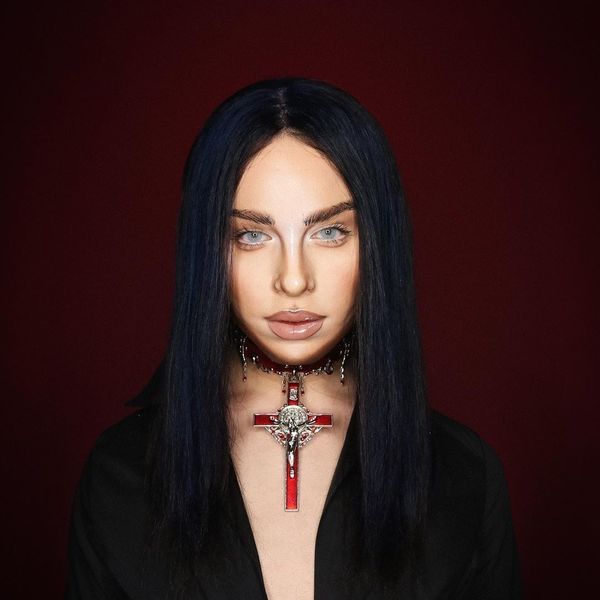 Leave it to Alexis Stone to shock the internet with the most dramatic transformations. For his latest trick, the stellar makeup artist turned himself into singer Billie Eilish. The drag queen, who is known to create the looks with his superior contouring and makeup skills, also added a choker and black wig to finish the look.

As always, fans were in awe and responded with equal amounts of praise and shock at how identical the London-based YouTuber and the "Bad Guy" singer looked in the end.

This isn't the first time Stone has demonstrated how makeup can be used. He has previously transformed himself into celebrities like Kim Kardashian, Britney Spears and more recently, Kylie Jenner's daughter Stormi.

At one point Stone, whose real name is Elliot Joseph Rentz, convinced his followers he had destroyed his face after a few botched plastic surgeries only to reveal it was all just makeup.

Related | How I Convinced the World I Fucked Up My Face

"When I sat down and decided I wanted to show these severe transformations, I was about two weeks into sobriety," he told PAPER in an interview earlier this year."I was very angry with the world, and I thought, Let me do this as a big fuck you — that is what was really going through my head then. The more I got into it, the more personal the whole project became. This project and my sobriety went hand-in-hand. Before I had any plastic surgery, people called me a 'botch monster.'"