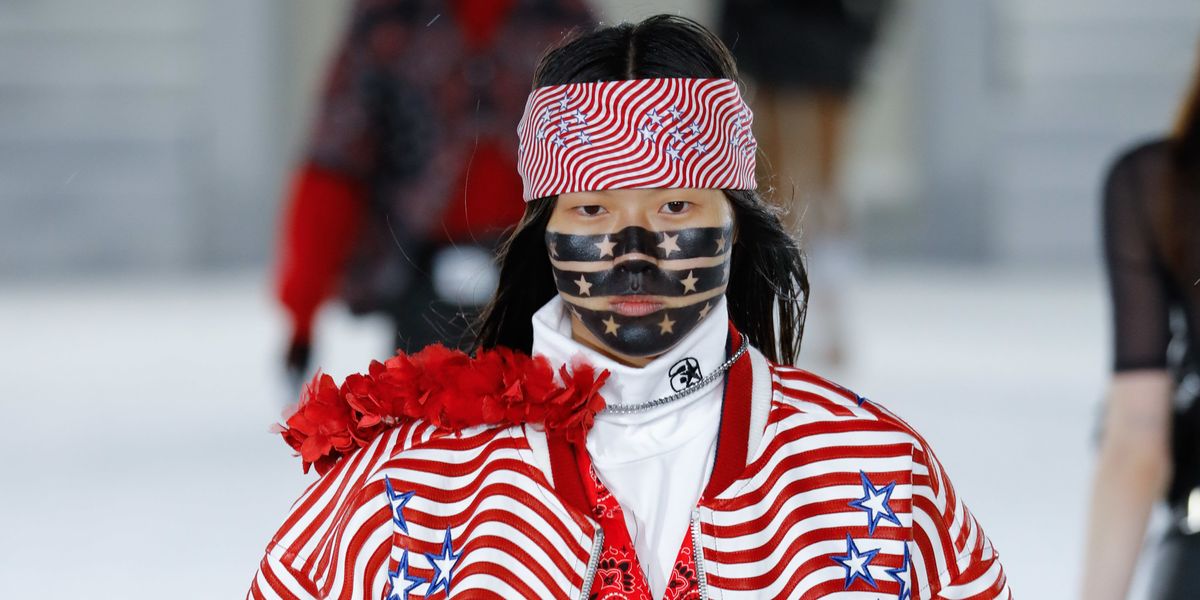 Alexander Wang knows his consumer: they're young, fun, and couldn't care less when or where he shows his collections. They just want to see them, and buy them; they're a digital generation, and they're concerned with the intersection of social justice and style. All these factors created the perfect storm for Wang's American-immigrant inspired Spring '19 show in New York last night, three months before the rest of American fashion will send their spring clothes down the runway.

Related | Alexander Wang On His Eponymous Brand, NYC and His Days as a Hip-Hop Teen

Wang told the New York Times that he dreamt up the collection after embarking on a road trip with his parents, and asking them their coming-to-America story (they emigrated in 1972, unable to speak English). "I had never asked them before," he said, adding, "I wanted to force myself into a new era."

Particularly interesting, of course, was Wang's decision to forego the traditional fashion calendar and show his latest offerings ahead of schedule. Not only does this allow him the opportunity to stand out from other American designers, but he also gets a jump on next season. With more and more emerging designers opting to create season-less pieces, Wang's deviation might foretell the future of fashion: no more rules.