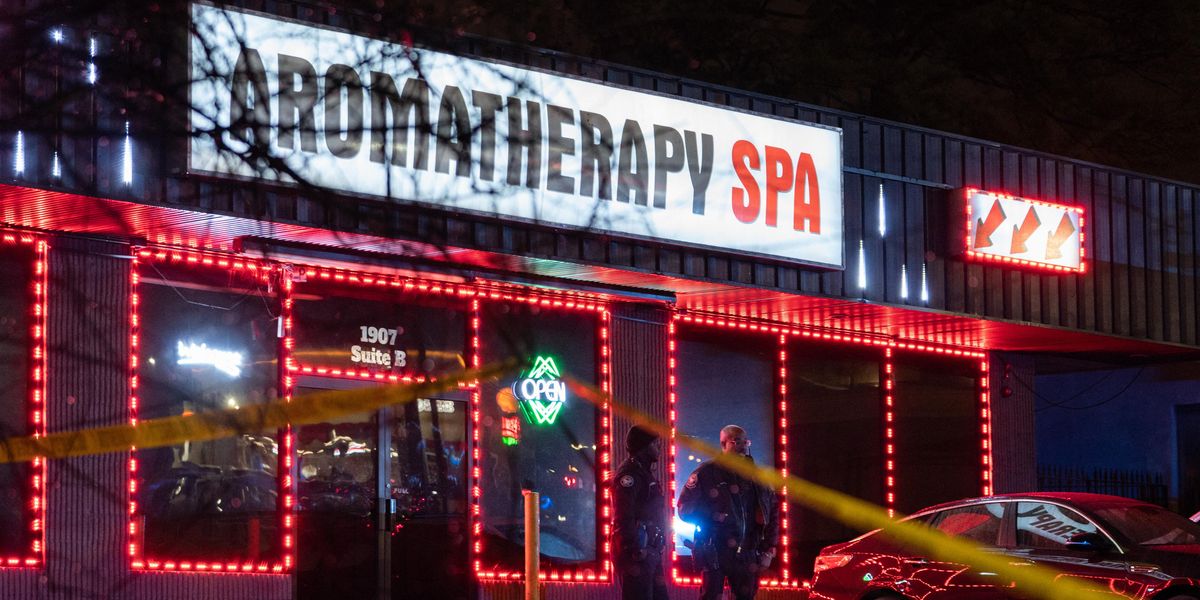 88rising has apologized for posting a yellow square in response to the Atlanta spa shootings.

On Tuesday, eight people were killed in three spa businesses. Despite official police statements, many believe the 21-year-old suspect — who has been arrested and charged in connection to the shootings — specifically targeted Asian-Americans, as six of the victims were Asian women. The attack also coincides with a dramatic increase in anti-Asian hate crimes amid the pandemic, which hasn't been helped by the "China virus" rhetoric espoused by former President Trump.

In response to the shootings, Asian-American talent management and media company 88rising decided to voice their support for their community by posting a yellow square to their Instagram on Wednesday morning.

"Enough is enough," the caption said. "Heartbroken with the disgusting and senseless violence in Georgia tonight. Violence against the Asian community has to stop. Let's protect each other and stand against hate."

That said, the since-amended (and subsequently deleted) post faced widespread pushback for its apparent co-option of the black squares people posted in solidarity with the Black Lives Matter protests last summer — a move that was already criticized for its performative allyship. Additionally, others argued that 88rising's use of yellow was offensive and inherently racist, as how the color has historically been used to stereotypically describe East Asian skin tone.

Following the backlash, 88rising issued a statement apologizing for the yellow square post, writing, "Thank you to our community for sharing your comments and critiques with us."

"Not 88rising co-opting something which the folks at the center of the original movement (Black people) explicitly said wasn't helpful," as one person wrote, while another added, "Besides the performative activism, isn't using a yellow square racist ? Like Asian people aren't 'yellow.'"

"Yellow squares are racist," a third commenter said. "And to double that, the black square shit that you're mimicking with this (so a dash of anti-Black co-opting too???) has been talked about as performative and useless since y'all did it the first time. Stop."

not 88rising co-opting something which the folks at the center of the original movement (black people) explicitly said wasn't helpful 😭😭 https://t.co/9gL1UeLMGk

yellow squares are racist.
and to double that, the black square shit that you're mimicking with this (so a dash of anti-black co-opting too???) has been talked about as performative and useless since yall did it the first time

"It was never our intention to cause harm, but we recognize the effects of our actions and apologize," the company continued before clarifying that while they were "not trying to start a yellow square movement," they understood "how it was misinterpreted."

They added, "We are heartbroken and wanted to share our thoughts on the horrific violence in Georgia and to decry the racism against the Asian community."

See 88rising's response, as well as what other people are saying about the original post, below.

not 88rising, a primarily ASIAN record label, posting a YELLOW SQUARE on their instagram in the name of activism 💀💀💀💀💀 pic.twitter.com/Q5SEHsDxyu

I thought the yellow square things was a joke but apparently 88rising is actually trying to make it a thing 😭 pic.twitter.com/SMdEvUymDQ

thank u to the 88rising team for their consistent hard work in defying the stereotype that asians are smart ❤️ https://t.co/PCG7F4zC3x

Not this performative bullshit. This is dumb af @88rising. You are part of the problem. pic.twitter.com/DUcwcGxILe

it doesnt sit right with me that 88 rising posts a yellow square as an act to tackle the issue at hand when most of their artists are asian ppl of different ethnicities and skin colour, like if ur thought is “oh asian activism = yellow square” then u might be the problem