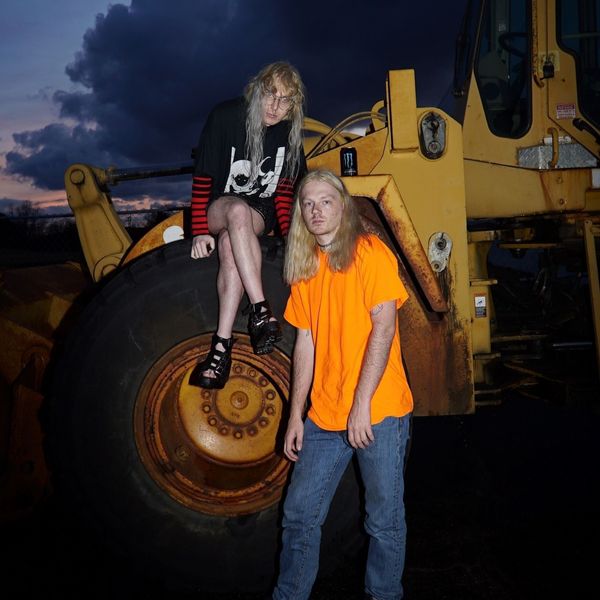 Get Ready For a Lot More Gecs

If pop punk and shitposting had a baby, you might come close to the giddy insanity that is 100 gecs.

Chaotic good personified, the collaborative project of producers Laura Les and Dylan Brady has quickly become the internet's latest obsession following the release of their debut album, 1000 gecs. Flying through genres like pop, dubstep, happy hardcore, and ska at a TikTok-like pace, the album immediately stood out with its fascinating blend of experimental pop and strange irreverence.

Now the duo is set to go on tour this fall with BROCKHAMPTON and slowthai, and will celebrate with the release of an official remix album, 1000 ges & th3 phant0m m3nac3. The new compilation was spurred on by the deluge of remixes made by friends and fans after the stems were posted to the band's Twitter.

As a taste of what to expect, 100 gecs shared a new remix off the forthcoming album from PC Music label-head and Charli XCX's right hand, A. G. Cook. Offering up his own take on "money machine," Cook brushes up the brash banger with a thick coat of glossy synths, ASMR vocals, and a blown out breakdown that eventually disintegrates into twinkling chimes. Given Cook and 100 gecs' shared love of extreme vocals, unconventional song structures, and inventive sound design, this rework feels like it was a match made in heaven, or at the very least, Pop Hell.

Catch 100 gecs on their "Secret Tour" this fall in support of BROCKHAMPTON and slowthai, with headlining dates in select cities. Grab your tickets here, before they're gone.