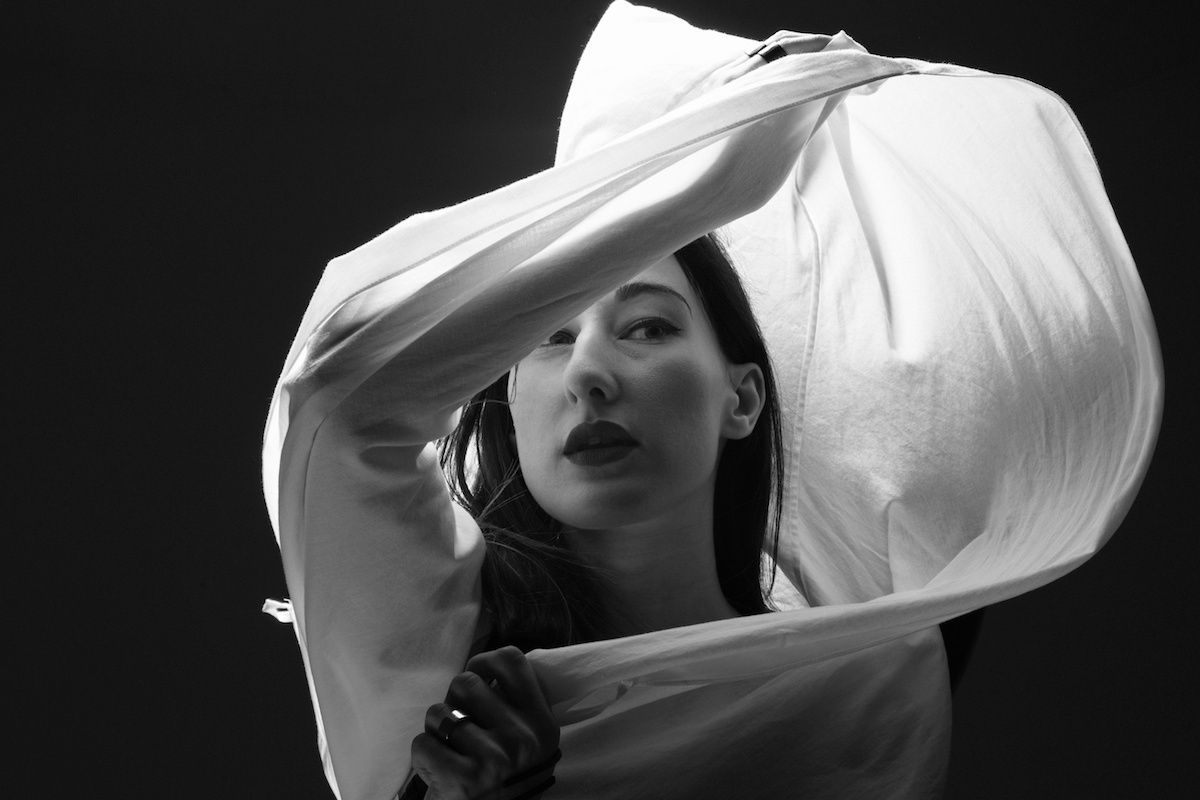 Nika Roza Danilova has always been fascinated by the horrors of the world. In her new album, Danilova, who performs under the moniker Zola Jesus, delves even deeper into the void--but this time it's personal. Okovi, out last Friday, is what Danilova described as a snapshot of one of the darkest periods of her life. During the three years she created the album, she fell into a deep depression as she watched a close friend attempt suicide and another diagnosed with terminal cancer. While the record is weighty and steeped with pain, it isn't nihilistic, instead focusing on gaining hope and rising above grief. Each song is a personal letter to specific people in her life who suffered, and for her is "a conduit for letting go and reconciliation."

However, Okovi isn't just about mortality. Danilova has always been vocal about her love of the natural world (which is why she lives in rural Minnesota) and it's inherent magic, and she's not afraid to show its more mysterious, ethereal nature. We chatted about the role of nature in her music, her favorite video games, and even described herself as a huge dork.

Nature plays a major role in the record. Did recording it in Minnesota help bring on that feeling to the album?

I think it was more insidious, where I was living in Seattle in the beginning of this process and I was feeling very depressed, very disconnected from my roots. So I decided to move back to the woods where I grew up. Just being here was inspiring in that I felt very whole. I felt very connected. So the woods became kind of a spiritual place for me. So that's how it made its imprint on the record.

I feel like this album highlighted an evolution of your sound. What sparked this album's sonic aesthetic?

I really liked the idea of it being a journey and it being much more about atmosphere and texture. Because what I was going through was so intense and emotional on a personal level, I wanted the music not only to be "songs", but I wanted it to be felt through the sonics and through the music itself. So that was something that was really important to me. It wasn't just about the songs, but it was about everything around them. It felt more environmental.

Can you talk a little bit about the album title?

"Okovi" means shackles in a bunch of Slavic languages — specifically Russian, Ukrainian, Slovenian. I chose it is because it brings together a lot of different parts of myself and my heritage. But at the same time, the idea of shackles, that all these different countries very often are at war with each other, has this word in common. No matter what language you speak or where you live or where you're from, you're all bound to something, whether it's to yourself, to your family, to your body, to your mind. In one way or another, no one is truly free. I felt that when making the record. I felt like myself and everyone around me at the time were all shackled to something different but in the same way. It just felt like the appropriate title to capsule these songs.

Speaking of this, I think of the song "Soak," which is about taking stock of your life after becoming a serial killer's victim. So what was the process of writing that song?

It was so unconscious. It started with a beat and I built upon it very quickly. Then when the lyrics came out, I just started to channel these feelings that I've been thinking about and the idea of losing control, especially in the case of being a victim of a heinous crime. Doing a thought experiment about how would you act and how would you deal, how would you find peace in those last moments of your life. It's something that, at the same time, not only was I singing through [the character's] voice, but I was singing through the voice of my own pain. It mirrored my own struggles as well.

While listening to the song, I couldn't help thinking about how a story about a woman losing ownership of her body is relevant today. Was this song also a comment on current societal issues?

Not so much societal issues, but more so the complexities of womanhood. For me it's a very specific image of a man taking a woman's life, which is very common with serial killers. It's almost always a woman as a victim. I was thinking about the complexity of how a woman would deal with that emotionally in that moment. How we feel a deep sense of empathy for everybody, especially someone that would be taking their life. And also resentment. Just all the shades of what I would be experiencing personally I think are colored by womanhood. But when it comes to societal issues, it was much more visceral than that. When I wrote the song, I wasn't able to really be too cerebral about it.

The "Exhumed" music video really encapsulates a lot of the themes in the album — about nature, fighting for life, facing mortality, and escapism. How did you come up with it?

It was all pretty intuitive. First of all, it was shot on my land, which felt was really important because I felt like it was very familial, very deeply connected in what the album's about and where I am in my life. Very symbolic. Just the exhumation... I felt like that needed to be visually mirrored as it is in the song. It's like this coming back, especially after a couple years of being so deeply, deeply sad and sick, just feeling like I could be restored to where I once was. So all the themes of just inner power and aggression and inner violence, I wanted that to be displayed very monochromatically in this video.

The video does have a lot of elements of horror, and even some "witchy" themes.

I think I'm just drawn to — that's who I am [Laughs]. In a sense there's definitely an inner violence to me. Sometimes I just try to quell that, but for this video I said, "I'm going to do my first thought," and my first thought was exactly what you see.

Are you drawn to darker themes in general, whether it's in music, film or literature?

Yeah, definitely. Darker themes and the darker edges of life are more real and more honest than something closer to the middle or closer to escapist media. I feel like no matter who you are, we're all living in this world together. The challenges that I face emotionally in life are shared by everybody else. When I see that reflected in other art, whether it be a movie or a book or something, I feel a little bit less alone.