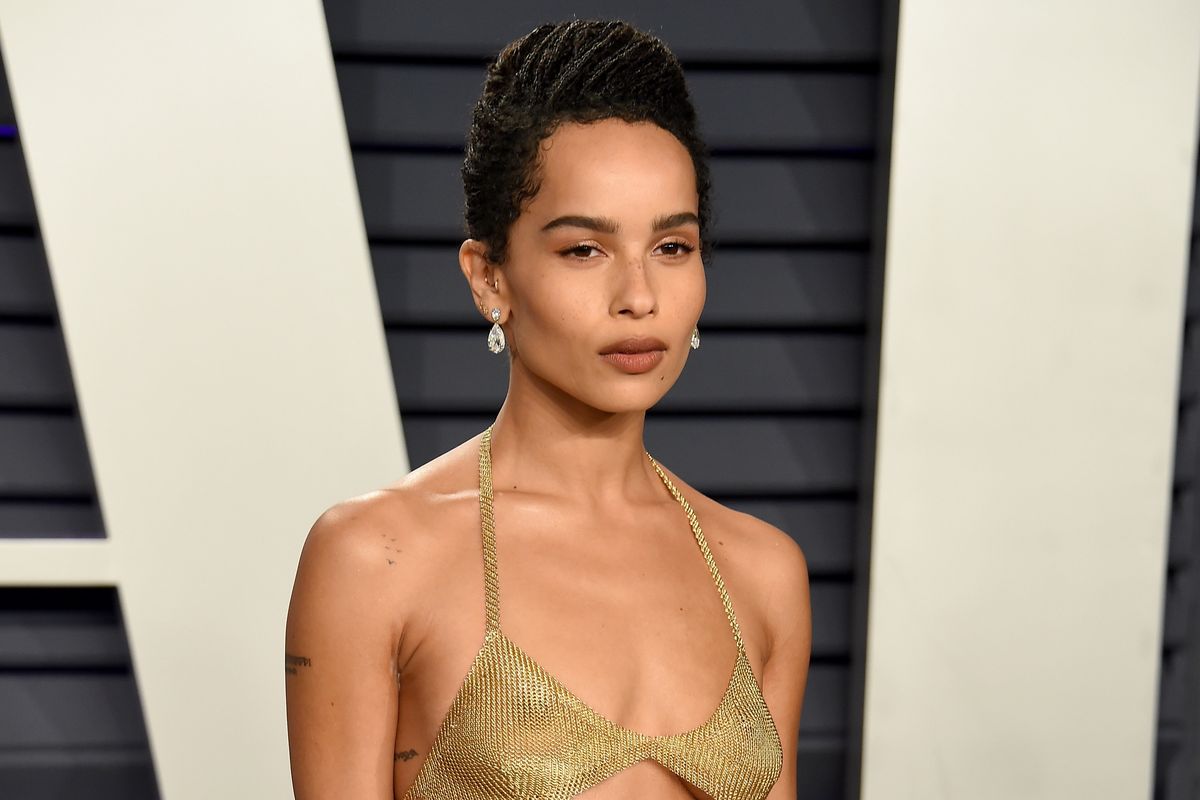 When Zoë Kravitz arrived at the Vanity Fair Oscars after party on Sunday wearing a Tiffany & Co. 18k gold bra, the Internet suddenly found itself gasping for air. She managed to effortlessly attract the red carpet spotlight, which she shared with Lady Gaga who casually stunted the 128.54 carat Tiffany's yellow diamond necklace last seen on Audrey Hepburn in a Breakfast at Tiffany's shoot. Donning a smirk of I know you know, the Big Little Lies actress effervescently floated from one end of the red carpet to another in her $24,000 bra.

Kravitz' ensemble was a part of the Elsa Peretti Mesh collection, first introduced in the '70s. The former model and jewelry designer was inspired to make the bustier after visiting Jaipur, which her close friend Halston then premiered on his runway. Upon receiving critical acclaim, Peretti began designing an entire line of gold mesh bras for Tiffany's. A spokesperson for the company explained that the garment is created by weaving fine gold to "flow like water and drape like fabric around the body's contours." The actress paired Peretti's creation with a full-length Saint Laurent skirt and a purse to match.

However, Kravitz isn't the only celebrity who has championed a loose interpretation of jewelry. Cate Blanchett's 2007 Oscars ensemble was adorned with thousands of Swarovski crystals, and never forget Lupita Nyong'o wore a Calvin Klein gown embellished with 6,000 pearls to the 2015 Oscars. For those red carpet headliners who reject demureness and embrace maximalist grandeur, gold, pearled or even diamond decorated dresses will instantly stir the sartorial pot.