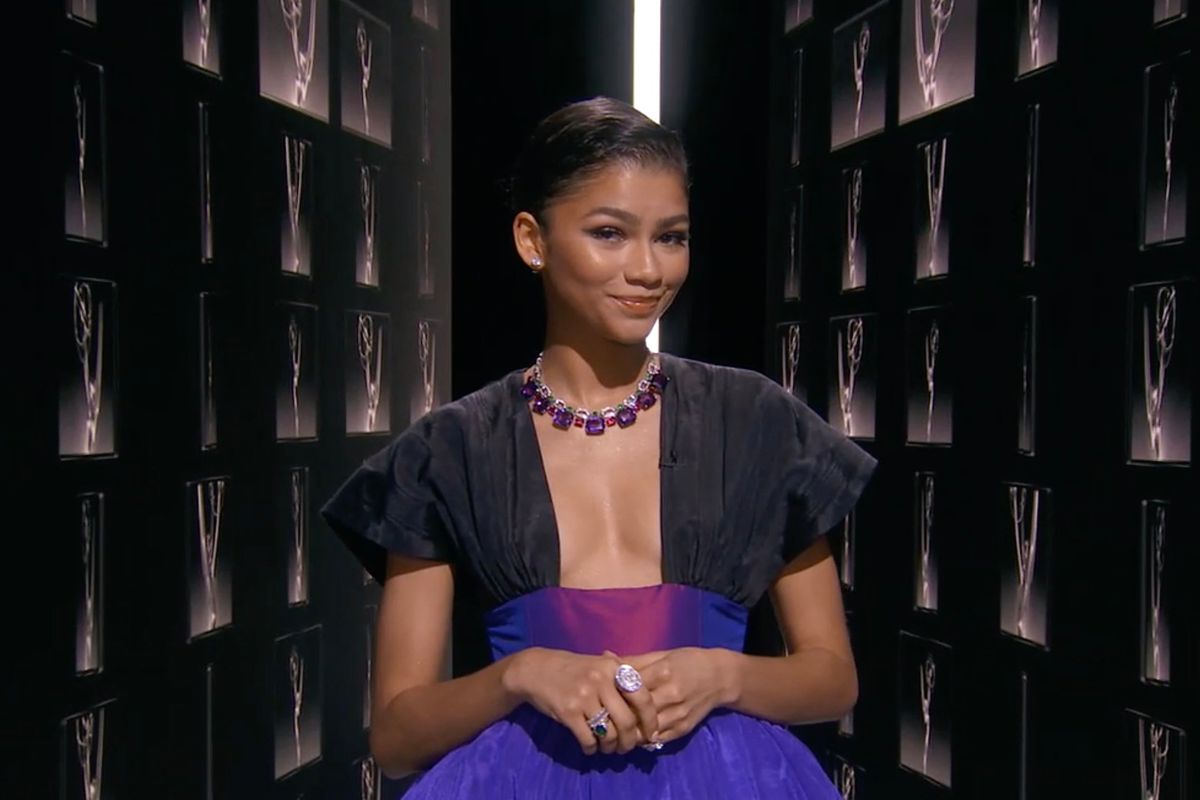 This year, Zendaya received her first-ever career nomination at the 72nd Primetime Emmy Awards. The 24-year-old actress got recognized for her work in HBO's Euphoria as recovering teen drug addict Rue. And she's proven with her performance that she's definitely a force to be reckoned with in Hollywood.

Now she's made history as the youngest actress in all of Emmys history to win the award for "Outstanding Lead Actress in a Drama Series." This year's nominees included giants in the industry like Olivia Colman for The Crown, Jennifer Aniston for The Morning Show, Laura Linney for Ozark, Sandra Oh for Killing Eve, and Jodi Comer for Killing Eve.

Comer previously held the record for the youngest winner for the title, having won it last year when she was 26. When receiving her award, Zendaya said in shock, "This is pretty crazy!"

Watch Zendaya's full reaction to her win, below.