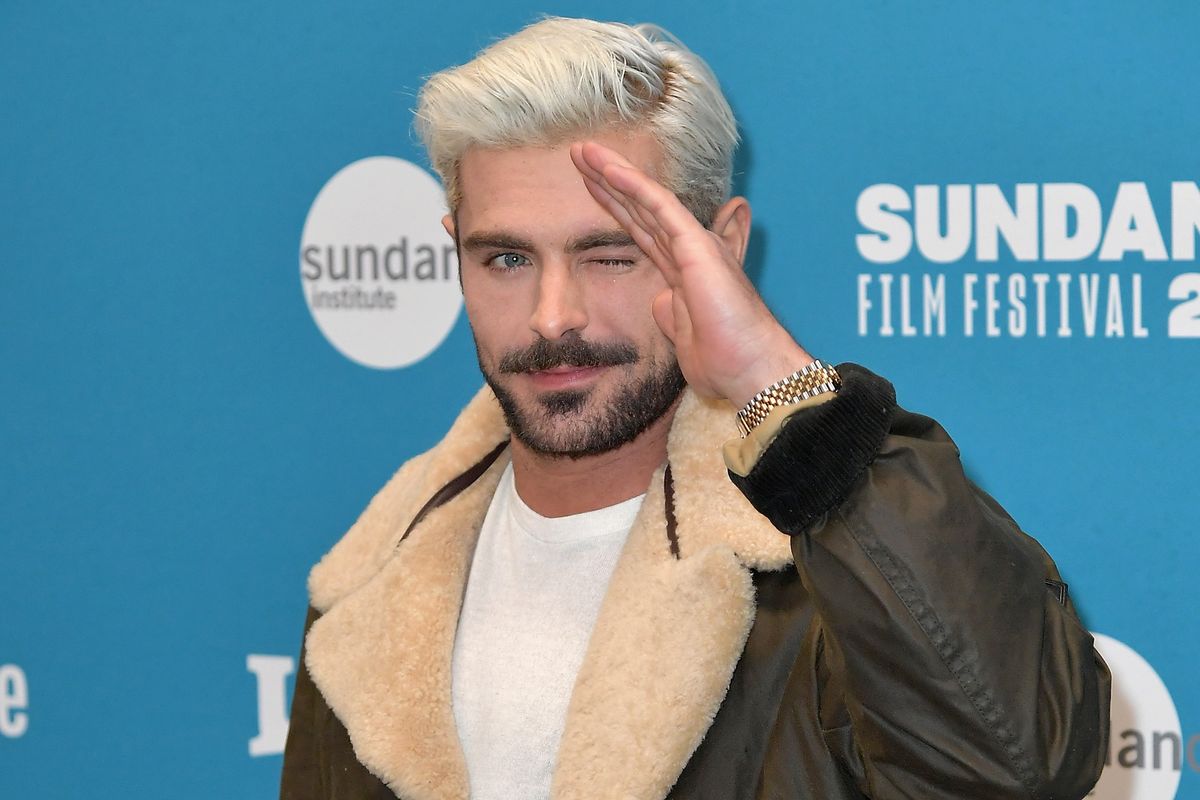 Hipsters, Dye Your Hair Back: Zac Efron Bleached His Hair

The white-grey blonde look has historically been the territory of DIY punk shows and downtown bars. But with the rise of the scumbro, things are changing. Today, peroxide blonde locks are the trend sweeping Hollywood, including actors, comedians and rappers. I mean, Eminem did it first...

The bleached coif has officially ascended to the highest heights of Americana prom king normcore. America's sweetheart and the champion of the Wildcats, Zac Efron has officially gone scumbro ice blonde.

The actor stepped out at Sundance to promote his new film, Extremely Wicked, Shockingly Evil and Vile — which is a Ted Bundy biopic, so it seems like Efron is pivoting his brand in all kinds of ways.

It feels like it was only yesterday that he was our suave brunette, blue-eyed beach bum. Oh yeah, it was approximately yesterday. Here's Efron at the Golden Globes a few weeks ago:

How things change. Anyway, feast your eyes on this newborn DJ-grad-student:

I guess it's only a matter of time before football quarterbacks and prom kings across the country will be sporting bleach blonde coiffs. Punks, y'all better find a new look.