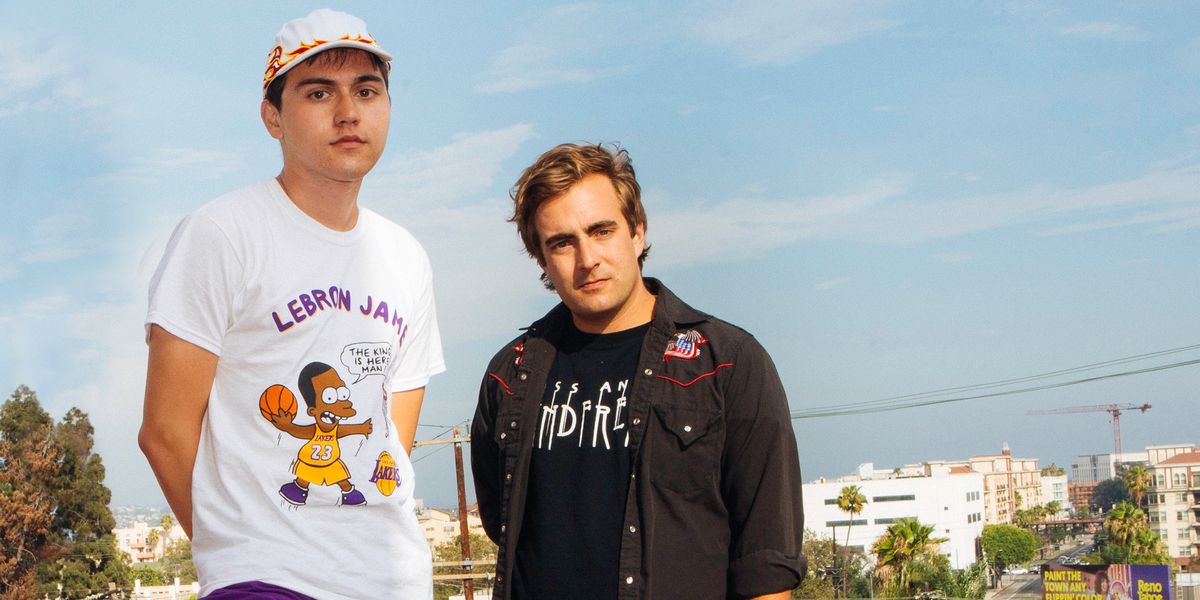 Yeah, But Still: The Comedy Podcast Providing You Feet Pics

When it comes to left-field Internet comedy, you can't get much bigger than Brandon Wardell and Jack Wagner (aka @versace_tamagotchi). So what happens when you bring the two hilarious friends together for an hour-long podcast, twice a week? Pure irreverence and inanity — in the best way possible, of course.

A grab-bag of a podcast, Yeah, But Still does everything from investigative deep-dives into Internet meme culture to off-the-cuff interviews with guests like Chapo Traphouse's Felix Biederman and Vampire Weekend's Ezra Koenig. And the result? Something akin to fly-on-the-walling a brainstorming session between some of comedy's best and brightest.

Recently named one of Rolling Stone's Best New Comedy Podcasts of 2018, Wardell and Wagner's free-form, hour-long production has quickly become a cult classic amongst comedy nerds and Reddit dwellers alike. Describing it as a "very D.I.Y." sort of endeavor, Wardell tends to book guest talent, while Wagner engineers the sessions — all of which are recorded in the living room of his Echo Park apartment.

But how'd they even decide to start doing this in the first place? Well, according to Wagner, it just kind of... happened — even though it was obvious to the both of them that they didn't really "know what we're doing." That said, he feels like their lack of experience with podcasts helped them in the long run, as "we've weirdly gotten better, like the nature of us not being great has kind of made it good."

Wagner explains, "Some of the strongest traits of the pod were initially weaknesses. Like, we'd bring on our guests and not have a plan and not want to do interviews at the first place."

After all, as Wagner puts it, it's a lot more interesting to hear your favorite band talk about stuff when they're "completely relaxed." Something that puts you in the room with them, as if you were friends, unencumbered by the PR-driven need to talk about anything "substantial" or "relevant" to their careers.

"[You're listening to them talk] about literally nothing. It's like they're just a person," he explains. "It's about as close to it as they can be."

Wagner laughs: "We tend to bring on people who have super interesting careers and lives and literally not talk about any of that. We make them talk about literally crap. Like, the dream episode would be to bring on Barack Obama." At that moment, Wardell decides to chime in, his impeccable comedic timing apparent: "And show him Goatsee."

That said, it's as if Yeah, But Still doesn't provide more structured content for the listener craving some semblance of structure or narrative. Wardell explains that when he's touring on the road, Wagner will "go full journalist" and take the initiative to "do much more ambitious episodes on his own." One prominent example of this is Yeah, But Still's recent interview with the purported Harvard experiment/internet personality formerly known as Timmy Thick.

However, Wagner's deep dives aren't just limited to Internet culture — there are some real-world applications to his work as well, just look at his "Calamari Algorithm" episodes, which outlined how to manipulate Dave & Busters' Super Hoopla game to get a calamari appetizer for free. And suspiciously enough, Wagner says that soon after the episode's airing, Dave & Busters removed the specific game needed for the Calamari Algorithm to succeed from all of its locations. Talk about true journalistic impact.

That said, in line with the impact of the Calamari Algorithm episodes, Wagner says he's appreciated having an outlet to explore his weird, one-off ideas. "Two years ago, I would've had that same conversation with Timmy Thick, but I wouldn't have had this show that people listened to," he says. However, it's not always so 60 Minutes in his living room. After all, there are still many an episode that just involves rambling conversations peppered with off-kilter insights between Wardell and Wagner about various topics du jours — whether it be about memes (see the aforementioned Timmy Thick episode) or Blake Anderson's opinions on Katy Perry's greatest hits.

Either way, expect many more weird takes and rambling conversations where those ones came from. All you have to do is make sure to subscribe to the show's Patreon for bonus episodes and premium content — like a highly-coveted photo of Wardell's feet. Trust us, you need it.

Photos courtesy of Yeah, But Still