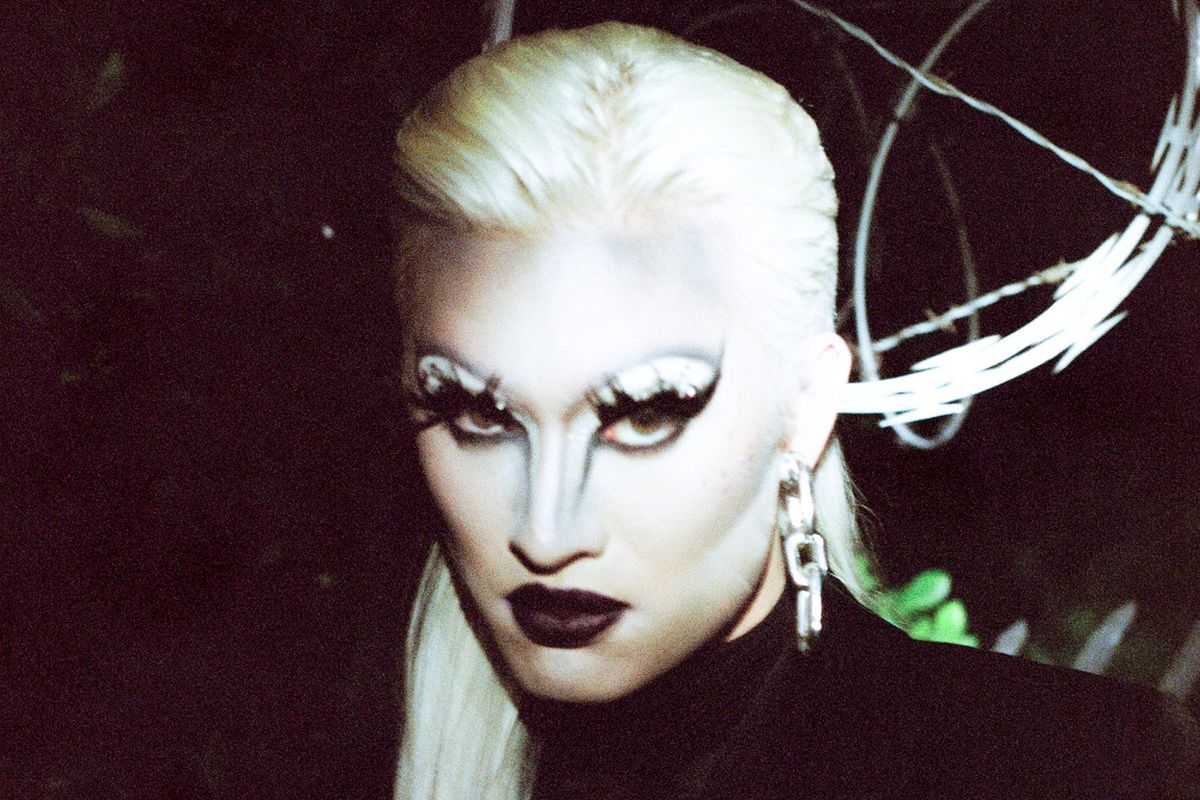 All the Spirals That Inspired Chester Lockhart's 'Wet Metal' EP

"Dealing with depression and anxiety in lockdown has been, in a word, torture," says Chester Lockhart, whose newly released Wet Metal EP reflects all those experiences. The LA-based pop provocateur says he wrote and produced around 30 "chaotic" songs inspired by "worldwide sociopolitical disasters" and "daily personal awakenings," five of which appear on this project. "Being trapped with my own emotional baggage each day forced me to work through a lot of my past trauma in unexpected ways."

Lockhart's musical deep dive begins at the source of all pain: love — the toxic, miserable kind that reduces you, consistently makes you feel less than and, if you're lucky, ultimately forces you into a new chapter of understanding and self-awareness. Wet Metal — a title track and manifesto about adapting through life's darkest twists — then sees the artist confronting difficult memories, from his secret relationship with a "closeted person" to a "horrible cheating ex."

The EP opener, "Cry," immediately offers a familiar declaration: "When I'm all alone, I think of you and I cry," Lockhart repeats, as window-shattering beats introduce a journey of lyrical intimacy against absolutely ruthless production. It's an 11-minute, latex-lined dungeon where a nonbinary devil — and regular HEAV3N host — towers in Demonia platforms and bleaches their head bald in a puddle of tears.

"Bound" proves Lockhart's pop sensibility with a flawless melodic build and alluring chorus: "Touch my body, I know you want me." On "Drown," Lockhart wishes the worst on his lover ("Boy you can choke"), while "Anything" backpedals ("I always say I hate you, but you know that's a lie"). "Wet Metal" is the final destination that sounds like 1998's Mechanical Animals if Marilyn Manson had been abducted by aliens and pushed into a slick, shiny future. "I am ever-changing," Lockhart concludes.

"Friends have told me the themes on this project contradict each other massively," Lockhart says. "I thought it might be helpful to explain exactly how I was spiraling during each song and where you should listen to them for maximum effect." Stream Wet Metal and unpack each song on the EP, below.

My first "real" relationship as an adult was with a closeted person... I don't recommend it lol. When we were alone it was passionate, but in public I was specifically told to act like we didn't know each other. This did WONDERS for my already barely existent self-esteem and even though I knew the relationship was destructive, I kept begging for more. I was living in the homophobic Inland Empire and constantly debating my own worth due to my very religious upbringing, so there's a chopped up sample of a church choir at the end of this track that kinda emulates how I hear Christian music now. Also I was listening to a lot of hardstyle last winter when I was really angry at the world lol.

Best place to listen: In bed after not getting up to drink water all day.

This track started about a year ago with Socialchair — who is like the sweetest puppy of a person and basically speaks with '80s reverb on full time — who I met through my dear friend, Dorian Electra. I had just gotten some soul crushing news and wanted to make something upbeat to distract myself. My version of upbeat includes bondage and attachment issues. Normally, I'm really self-conscious writing with other people, but with Socialchair I'm incredibly comfortable and his pop instincts helped shape my "endless devotion but also BDSM" energy into what I think might be my favorite song of mine (so far).

Best place to listen: Del Taco drive-thru at 4 AM.

I was thinking about that same horrible cheating ex while in the shower listening to The Little Mermaid. After a lot of therapy, I've come to wish them well and hope they have grown as people... but in this moment, I was fucking pissed :) I hope they are happy :) Also if I seemed angry, no I wasn't because I was. No I wasn't <3

Best place to listen: An imaginary argument during your second 40-minute shower of the day.

Ok so after THAT I was feeling like, "WOW, this is why I'm single still!!!!" So I wrote this song to prove that I am actually capable of love in a healthy way. Then I realized it sounded a little overbearing and I also began to feel completely inhuman in April, so this track starts very minimal and grows to be loud, heavy and unhinged AKA exactly my journey from March to September of 2020 x :)

Vulnerability has always been my biggest struggle and the idea that we are constantly changing, sometimes without our own consent, scares and intrigues me. Rather than fight that I wanted to feel empowered and honest about the walls I've built as a product of my environment — hard and cold like steel, but ever-changing and fluid like water. "Wet Metal" is about adapting to the darkest and most unexpected things life throws at us. Also being a really hot 3D alien vampire from the future.

Best place to listen: The void :)