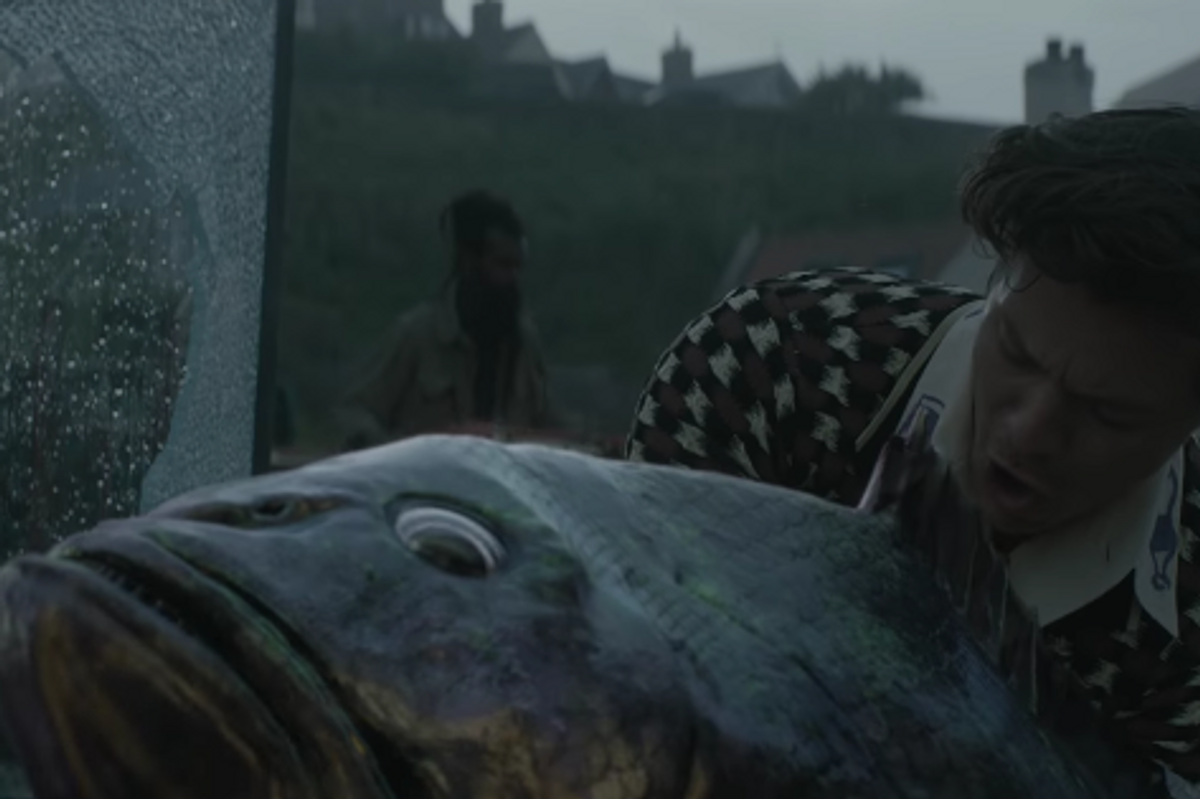 Harry Styles continues to bask in the artistic freedom granted to exactly one breakout member from every popular boy band. He just dropped the new video and single for "Adore You," the latest single from his second solo album Fine Line, and it's set in a fictional fishy fantasy land called Eroda.

Yes! Our boy is known to don a (Gucci) fisherman's cap, so his maritime pivot was foretold. Styles promoted the video with social media teasers and a Facebook event inviting fans to voyage to the isle of Eroda "at midnight on the third even day of December."

The clip, randomly narrated by Rosalía, sees Harry befriend a large, Guillemo Del Toro-y CGI fish when he finds himself isolated from the human inhabitants of the island. We also get to watch him ruin a gorgeous 'fit by wading into stormy waters, listen to vinyl on a sailboat, and hoard mason jars, Caroline Calloway style.

Related | Harry Styles' Ex Will Appear on His New Album

Fine Line is out December 13.