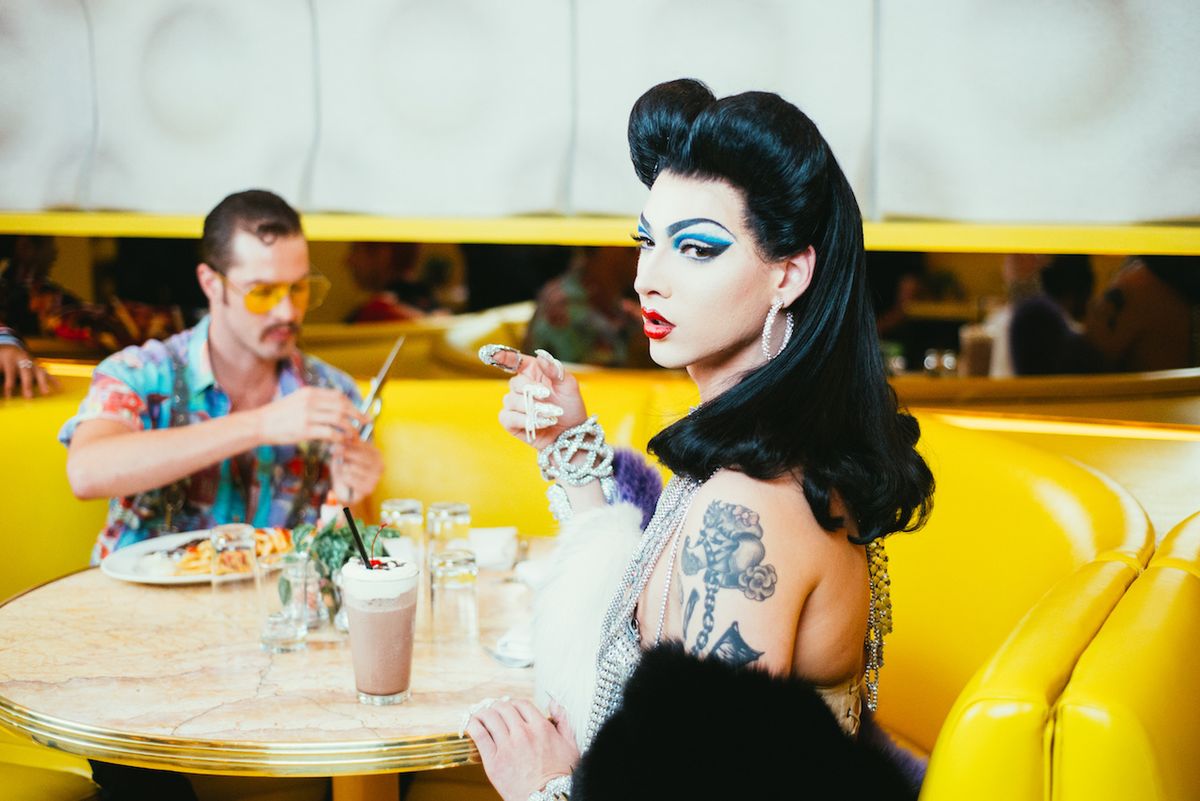 RuPaul's Drag Race winner Violet Chachki is a queen of many talents — stomping the runway for Moschino, modeling lingerie and performing old school burlesque with elements of aerial acrobatics and fetish-influences, to name a few. So it makes sense that her new short film for her single "A Lot More Me" would incorporate all of these things for a fabulous look into the life of Chachki.

The 11-minute film ends with a fabulous, old school burlesque performance of "A Lot More Me," written by Chachki's good friend and New Orleans drag staple Vinsantos DeFonte. The song describes the desire for a man to provide heaps of rhinestones and diamonds with the conclusion that what she really wants is "a little less you and a lot more me." Chachki said this sentiment sums up her experience as a drag superstar.

"I constantly find myself having similar thoughts and looking for strength in my day to day as a touring queer performer," she told Vogue for the video's premiere. "I wanted the video to reflect that, but also be a fantasized version of my reality — a day in my life. It's a constant parade of airports, buses, hotels, bag fees, and stress [but] the stage is where you get to escape and what makes it worth it for everything else."

The short film, directed by artist Love Bailey and produced by Slather Studios & Subtractive, features Chachki in a number of showstopping, vintage-inspired looks. She commissioned custom jewelry and lingerie for the shoot and wears designers including Prada, Miu Miu and Michael Schmidt. "I wanted the looks to be strong and powerful while exuding classic glamour," Chachki told Vogue. That also includes fetish pumps, lots of corsets, and "hats that weigh a ton. For me, all these pieces signify strength for different reasons." Chachki's mentor, friend and burlesque legend Dita Von Teese also appears in the film.

See behind-the-scenes photos from the making of the film, below: