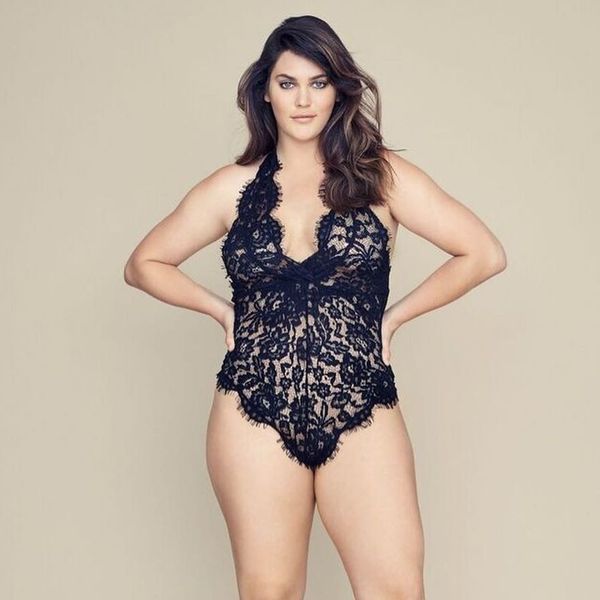 Victoria's Secret Hired Its First Ever Plus Size Model

The announcement comes after a series of controversies that earned the brand a reputation for being fatphobic and transphobic, among other things. Trouble especially escalated when former Chief Marketing Officer Ed Razek said they should not have trans or plus size models in their shows because the "show is a fantasy."

Although the brand almost immediately issued an apology, the comments generated an intense amount of backlash and led many to boycott it so much so that this summer the company hired Valentina Sampaio, its first transgender model, which they should've done regardless of criticism.

While on the surface, a step in the right direction, the decision to hire Cutler seems part of the company's efforts to rebrand and make amends, at least publicly.

"I believe I'm the first size 14 to work on @VictoriasSecret," Cutler wrote in a recent Instagram post. "Regardless, I'm pretty stoked to work with a brand I idolized when I was a teen."

At a time when brands like Fenty (that just debuted its fantastic show during NYFW) are setting new standards for diversity in the industry, things have been bleak at Victoria's Secret largely due its lackluster approach towards inclusivity. The revenues and profits at the brand seemed to have also taken a significant hit since 2017, and many VS models have come out to suggest that the annual fashion show has been effectively cancelled.

Although a little too late to add one plus size model to its cluster of seemingly identical ones, it'll be interesting to see how fans — who over the years have repeatedly asked the brand to expand its range to include bigger sizes — react to the new announcement.

"The feedback that we get from the social component of the business and the #MeToos and some of all of that sort of blended all together, we're going to be responding to," Chief Executive Officer John Mehas said during L Brands' planned Investor Update Day this September.

"There's a big belief in the company that we need to evolve," he said. "We need to be led by her, for her. And we are taking a step back to take a step forward in a more holistic way, both from a culture, value, perception [and] outwardly visible point of view. And I think you'll see that over the next few months."