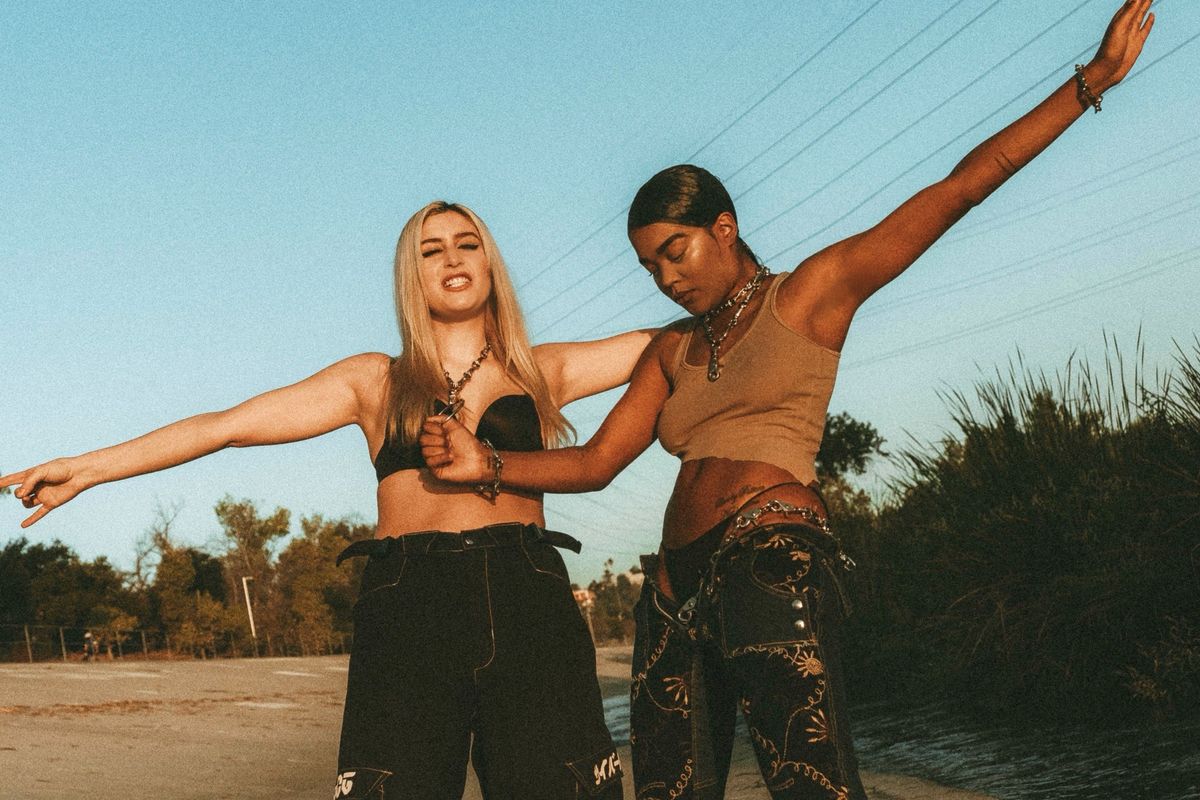 "Moment Forever" can be described as a "collision" of both VenessaMichaels and LUVK's worlds. The track and accompanying music video, premiering today, brings together VenessaMichaels' pop-leaning, EDM production with LUVK's raspy vocals, "and is nothing less than an untamed rhythmic explosion," as LUVK tells PAPER.

Related | Kingdom's Single With LUVK Is a 'Post-Apocalyptic Escape'

In the visual, the dynamic duo meet up at an empty gas station in the desert and take their respective convertibles for rides — but not without first lathering their hands up with Germ X. "The heat was deadly," LUVK says, "But as we always say, 'Anything for the shot!'" The Eli Pedraza-directed video continues with wide shots of their cars racing together down coastal streets before finishing at the beach. "Love me like the ocean breeze," LUVK sings. "Let it breathe.

"'Moment Forever' is a reminder to let yourself be present," VenessaMichaels says. "It's hard to remember to breathe when we are facing severe issues in the world today. When LUVK and I made this song, we felt warm and empowered. It allowed us to breathe. That energy we felt putting into it is how I'd hope people feel listening to this song — something strong and comforting to get people feeling like there is a light at the end of the tunnel. And while you're riding through these hard times, it's also a reminder to never forget who and what you have by your side"

Featured throughout "Moment Forever" is jewelry from LUVK's own unisex fashion line, F.O.P ("For Other People | For Our People") On September 25, she unveiled six new styles at Chance Vintage in Los Angeles, where she also performed "Moment Forever" live alongside VenessaMichaels. An F.O.P piece, called "The Armour," appears in the video, pulled from a range that's entirely handmade with fine metals and sterling silver.

"Moment Forever" is one of many songs created between VenessaMichaels and LUVK, and arrives ahead of LUVK's forthcoming debut album. For another example of the pair's perfectly futuristic, singular sound, listen to "Diamond Grillz" — a brightly burning bop that puts LUVK's grizzly vocals through autotune and above a trunk-rattling beat.

Stream "Moment Forever," below, and shop F.O.P at fopseven.com.