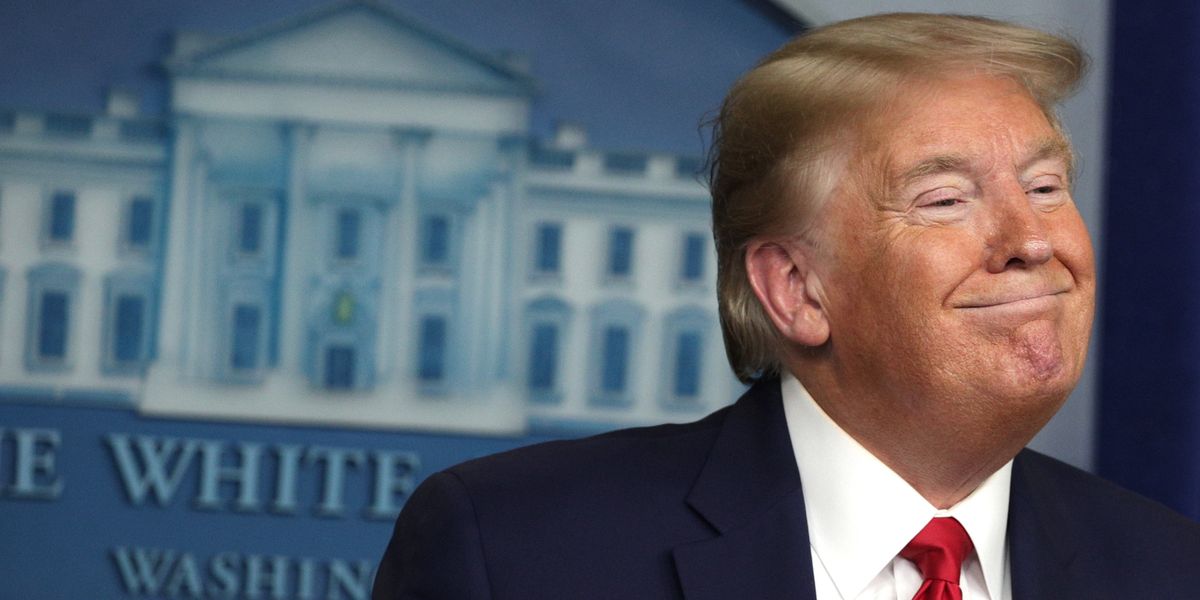 While it may not be breaking news, President Donald Trump continued his streak of ignorance on Thursday when he suggested during a press conference that household disinfectants might be effective at killing off the coronavirus — inside the body.

Not only was his statement, where he suggested an injection of cleaning products would be "interesting" to check out, completely baseless and wrong, many also considered the messaging dangerous. Reckitt Benckiser, the maker of products like Lysol and Dettol, found the statement concerning enough that they issued a public statement warning consumers against experimenting with Trump's reckless suggestion.

Reminder: Lysol disinfectant and hygiene products should only be used as directed and in line with usage guidelines https://t.co/yPVhvINxbU
— Lysol (@Lysol)1587753355.0

The statement from Reckitt Benckiser, while important, was probably not essential since Twitter was set aflame from the moment the words left Trump's mouth with reactions ranging from outrage to flat-out laughter. The memes were quick to follow, giving political commentators on Twitter even more fuel to detest Trump's daily briefings of mostly nonsense.

Of course today President Trump has decided to backpedal his statement, telling journalists in the Oval Office that he was being sarcastic with reporters the day before. "I was asking the question sarcastically to reporters like you just to see what would happen," he snarked during the Q&A session today after being asked to clarify his comments. As Trump should know by now, however, it's going to take a little more than backpedaling to get the internet to stop rolling out their very best clap-backs and jokes. Elvira, Mistress of the Dark, even chimed in!

I don’t really think it needs to be said, but just in case : #DontDrinkBleach or inject yourself with disinfectants… https://t.co/loP3xNIRcx
— Elvira (@Elvira)1587746121.0

That I even have to fact-check "did the president actually tell people to inject lysol" means we are well beyond pa… https://t.co/dRWk2PpMET
— Bridget Phetasy (@Bridget Phetasy)1587750977.0