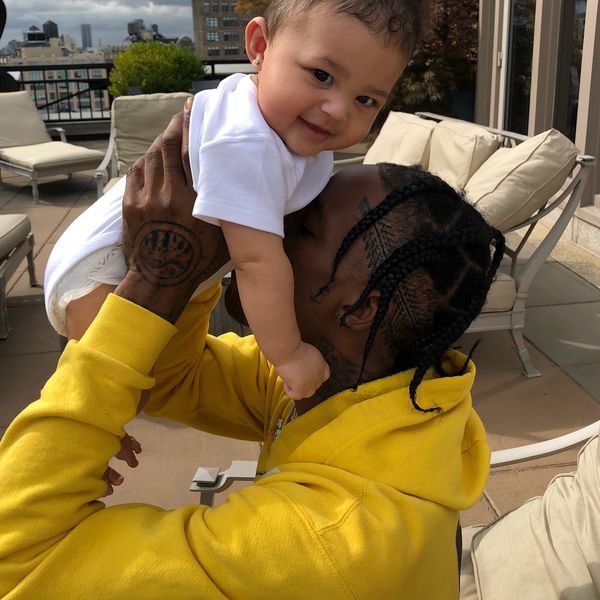 Travis Scott appeared on today's episode of Ellen, and he talked about the experience of witnessing Stormi's birth nine months ago. New fatherhood, it turns out, brought with it many revelations: such as what a placenta is.

Apparently, it was Scott who cut Stormi's umbilical cord in the delivery room. Which is cute. We stan for a hands-on dad. Although he did describe the experience as "so scary."

"There's this thing called the placenta, that I've just been hearing about?" he explained to Ellen. "Oh my God. So, I was fearful of all that."

Unsurprisingly, it was momager Kris Jenner who helped Scott get through it all. "She walked me through the whole process," he explained. "She held it down. Mama KJ, she's the best."

Nothing about Kylie or the rest of the Kardashian-Jenner clan is normal, but actually Travis Scott sounded like every other proud father out there as he recalled the experience to DeGeneres. Scared, but also excited.

Related | Kylie's Lip Kits Are Going On Tour With Travis

"You know, when you first hold a baby in your arms, it's uncontrollable," he said. "I never thought I could just love something so hard... It's crazy."