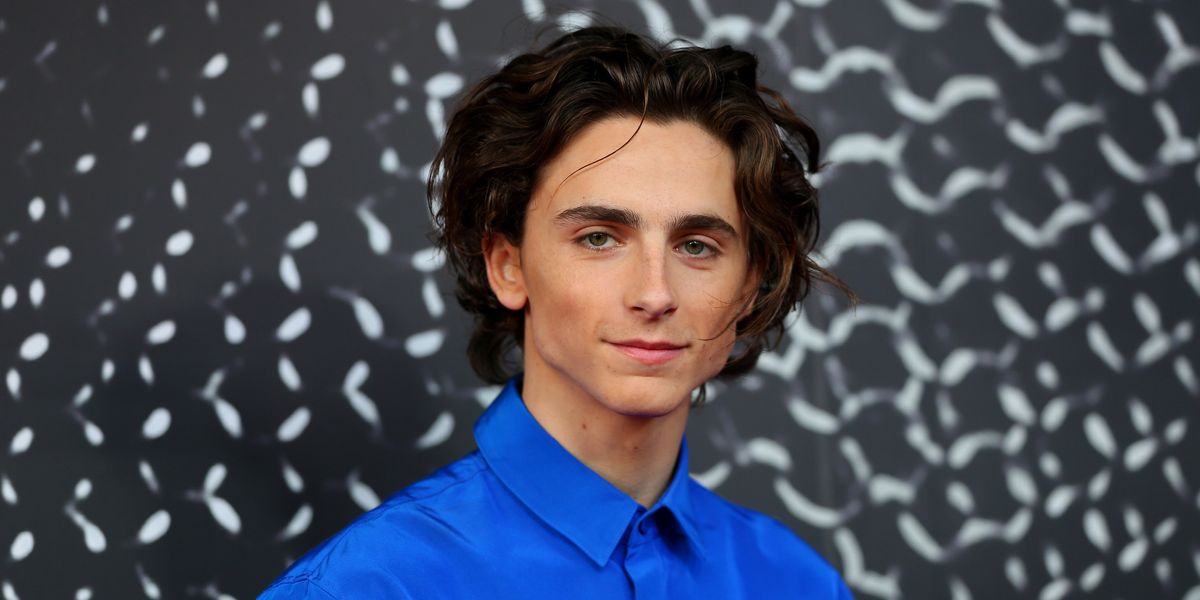 Timothée Chalamet Is Taking a Break From Acting

He's been working his already minuscule, in-demand ass off since his 2017 breakout Call Me By Your Name, which he followed up with Lady Bird and Beautiful Boy. He has three big movies coming out soon: The King, Little Women and Dune. And he has the Call Me By Your Name sequel, Find Me and Wes Anderson's The French Dispatch in post-production. Also in that last two years, he filmed A Rainy Day in New York, which Amazon later dropped and Chalamet donated his salary for, because of #MeToo's long-overdue ramifications for Woody Allen.

Chalamet's new Entertainment Weekly cover story alongside Lady Bird and Little Women co-star Saoirse Ronan, explains that both he and Ronan are "taking a little break."

"It's the first time in almost two years I've gotten a breath, so I'm savoring it," he said.

Presumably, he'll be spending more time enjoying the company of his better half Lily Rose-Depp and buying local New York City peasants bagels. I wish him godspeed in keeping away from the paps, though of course, I also don't.

In a vague but extremely enticing section of the interview, he also hints that he may be working on some kind of writing project. It reads:

'He credits Ronan with bringing that "timeless energy." He says "thank God" they were able to make the movie. "It's so rare with Saoirse — I'm so f—ing grateful to get to work with her," he says. "Whatever book I write for myself when I'm older, to look back on —" He stops himself. "Well, this is a bigger conversation."

But Ronan, chuckling, doesn't let him off the hook. "Will I have, like, a chapter?" And Chalamet laughs — another opening, another chance to act with his greatest scene partner, to see what journey of creation and discovery they'll go on next. "A chapter of Saoirse," he says. At this rate, one chapter won't suffice.'

"Whatever book I write for myself." Okay! A biography? Memoir? Fiction?

Chalamet has had a lot of wild experiences that fans would surely like to read about, such as making out with Rose-Depp on a yacht and dining with Kanye and Pete Davidson. But at 23? This is all, of course, wild speculation about an extremely vague comment Chalamet made, however, he did seem to be afraid of accidentally revealing something, as he tried to demonstrate how meaningful his relationship with his co-star is to him.

How exactly will Timo pay homage to Ronan in this potential, yet-to-be-revealed enterprise? Stay tuned.