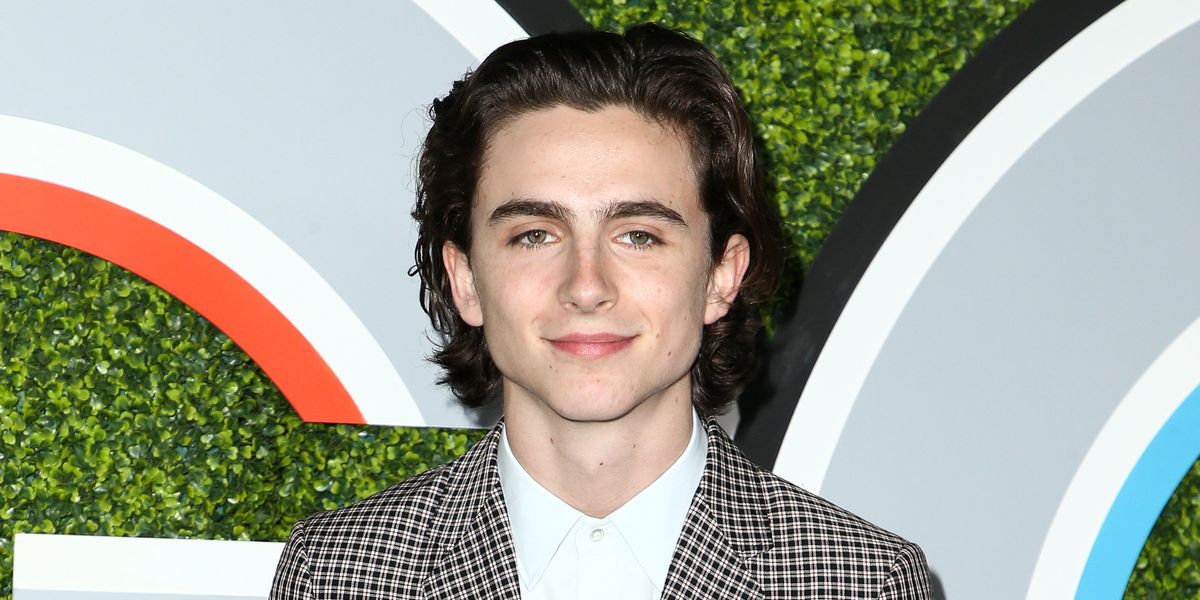 Timothée Chalamet is ready to branch out. He recently shared that he was taking a break from acting, hinting at some kind of writing project. Lately, he's been hanging with pals in music like Kid Cudi, whom he recently joined at a concert to perform a slam poetry rendition of a Common song. Shoring up his fated renaissance man title, soon he'll add theater to his resumé.

The actor will star in a production of Amy Herzog's Pulitzer-nominated play 4,000 Miles at London's Old Vic Theater. The fans will miss spotting him order his signature bacon, egg and cheese at Tompkins Square Bagels, since he'll be relocating from New York City to London for quite a while: the play opens on April 16, running till May 23.

Timo will still return spiritually to Manhattan, however. According to The Guardian, 4,000 Miles is "the story of 21-year-old Leo who goes on a cross-country cycling tour with his best friend. After weeks of no contact he arrives alone at the home of his 91-year-old grandmother, Vera, and the pair begin an unlikely co-existence together in Manhattan." Chalamet plays Leo, across from iconic English actress Dame Eileen Atkins as Vera.

Based on the New York Times' review, the role is a neat addition to Tim's repertoire of tortured young men in trying circumstances. "It is actually Leo who is fragile, at least emotionally," the critic Charles Isherwood writes. "Although Ms. Herzog's writing is too unerringly natural to indulge in stock exposition, we gradually discover that Leo is still reeling from a tragedy that took place during his cross-country trip, and his grief is compounded by the announcement from his girlfriend... that she thinks they should part ways. Leo is, in a word, lost."