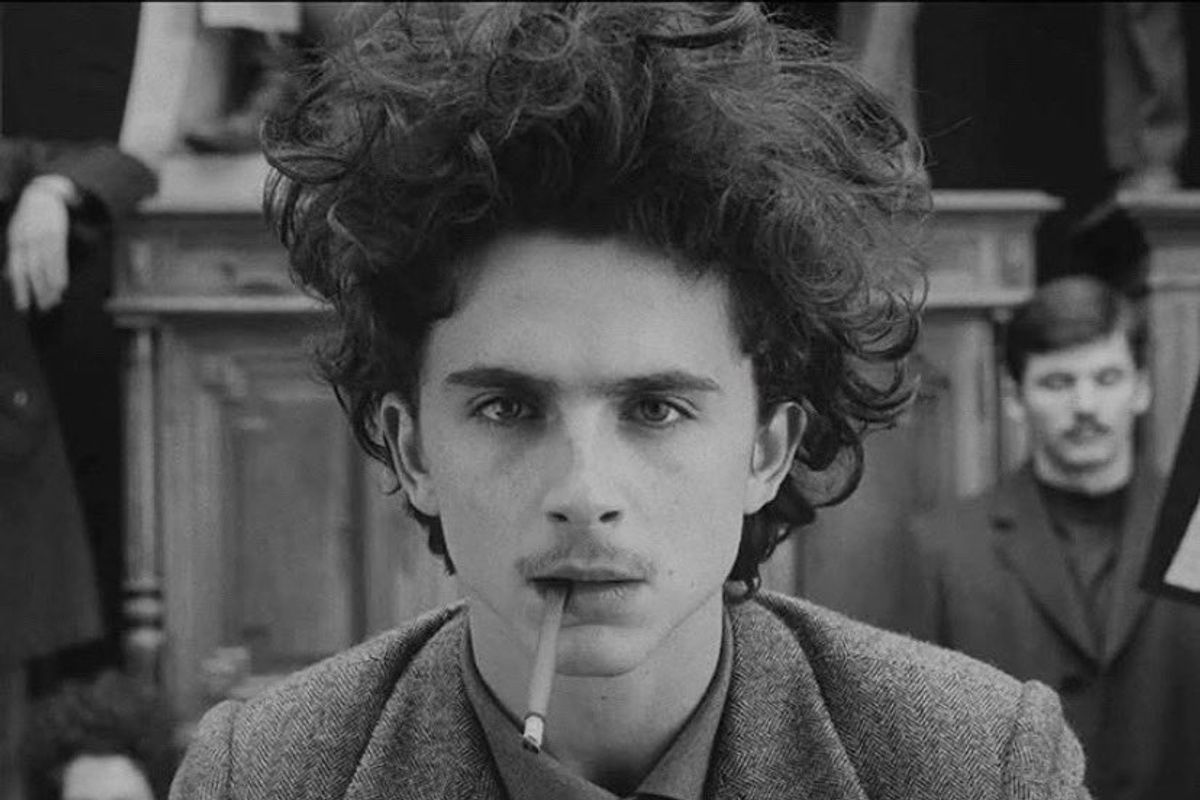 Ever since Timothée Chalamet appeared on-screen as Call Me By Your Name's tender, precocious Elio, it was his destiny to become a mustached Wes Anderson character.

We've arrived. The first trailer of Anderson's latest film The French Dispatch, about the goings-on of a New Yorker-esque magazine based in a Paris-esque French metropolis, dropped today. Chalamet has been cast as Zeffirelli, a dirty-lipped student revolutionary involved in a struggle based on France's May '68 strikes being profiled by Frances McDormand, a reporter. Naturally! At one point in the trailer she walks in on him in the bath; in another, he plays chess with Willem Dafoe.

The clip teases an intricate plot driven by lovable quixotic heroes, deadpan humor and the color mustard. Basically, The French Dispatch, which Anderson calls "a love letter to journalists," is gearing up to be the most Wes Anderson Wes Anderson movie ever made.

But mainly… that mustache. So perfectly, humiliatingly faint. Can't wait to see it in action, fluttering as the actor zooms around non-Paris in a tweed jacket on a scooter.

The French Dispatch is out on July 24.