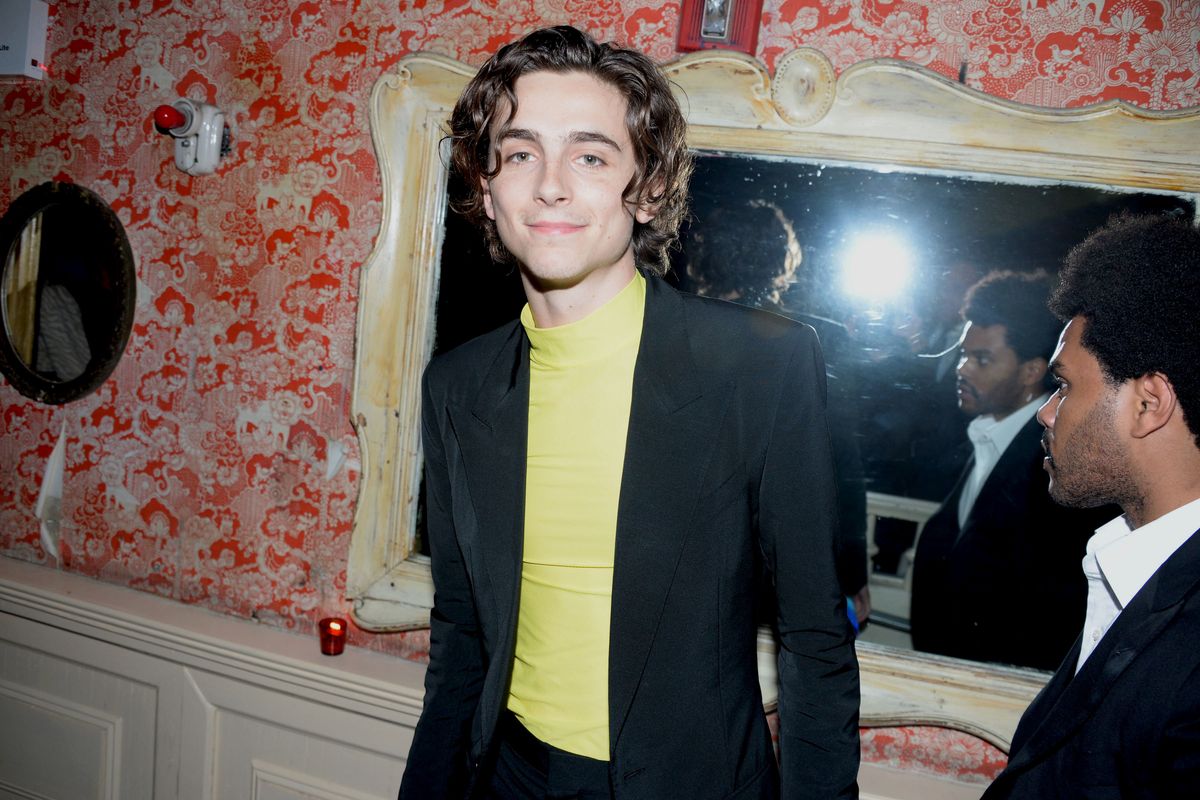 Timothée Chalamet, skinny boy king of cinema (and, in his latest role, 15th century England), is generous to his subjects. At the New York premiere of The King last night, he brought a paper bagful of bagels to distribute to the fans after one of them requested snacks on Twitter. Born and raised in Manhattan, Chalamet is a bagel lover of note, once revealing to Frank Ocean that Tompkins Square is his preferred schmear spot. So what, you're maybe wondering, is his standard order?

We now finally have that intel. PAPER's beauty editor Jeena Sharma attended the premiere, and straight up asked him during red carpet Q&As. "Honestly, it's a bacon egg and cheese, on a bagel," Chalamet cheekily confessed to Sharma, who is known around the PAPER office as "The Big Jeen" for her outsized reporting talents. Lox is for tourists!

We have it on Big Jeen's authority that Chalamet appeared excited to answer her question, after some other publications had dared ask him about the actual movie. It's also possible the bagel talk was a kind attempt to distract journalists from Robert Pattinson's dubious French accent, which drew audience laughter.

Earlier I asked “do you think timothee chalamet pregamed this with Tompkins Square Bagels”? and then he came and hA… https://t.co/u13BPLqIqK
— Sharòne (@Sharòne)1569971851.0

Chalamet's girlfriend and The King co-star Lily Rose Depp also attended the premiere, but sadly did not comment on any bagel-related matters. (Her preferred East Village haunt is Mud Coffee.)

The King hits cinemas on October 11, and will stream on Netflix from November 1.