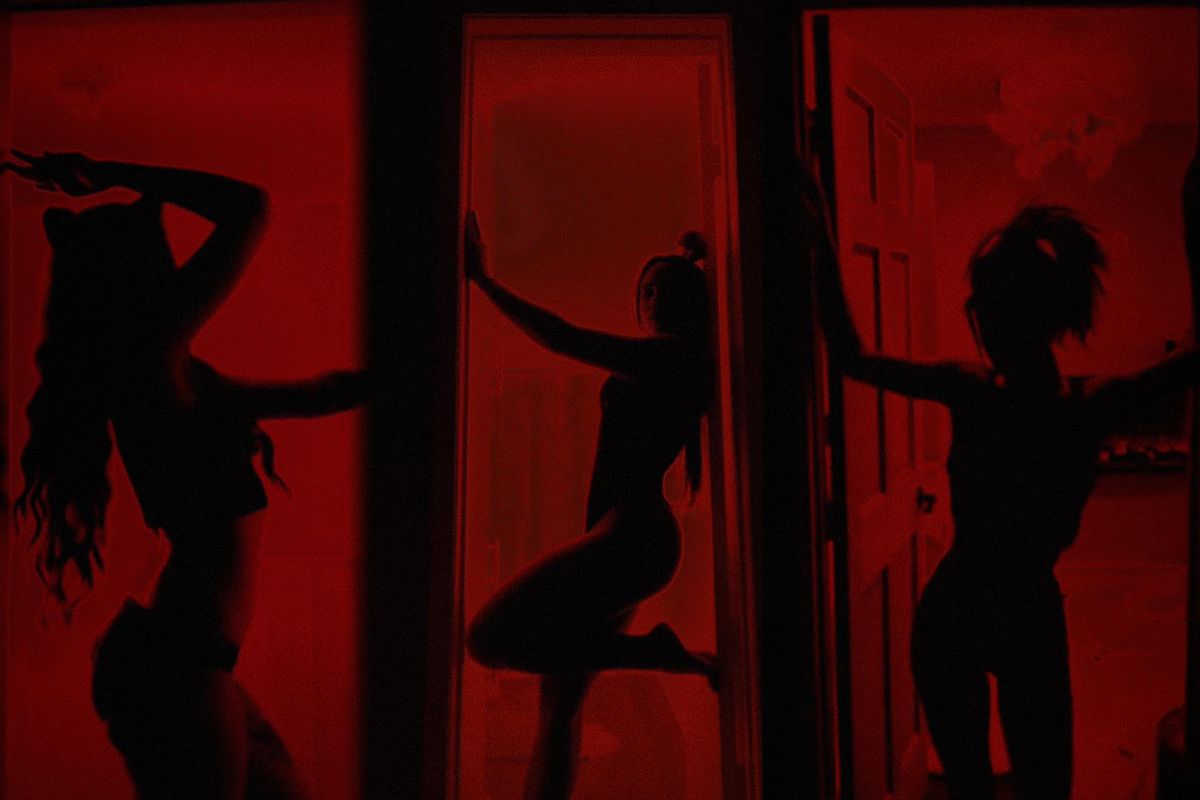 TikTok's Viral Silhouette Challenge Is Being Targeted by Creeps

A new TikTok trend meant to celebrate the female body is now being targeted by creeps who want to look at nude women.

Recently, the silhouette challenge went viral as an empowering, body-positive way for women to share nude or scantily-clad videos of themselves dancing beneath a red filter that creates a sexy silhouette effect.

Unfortunately though, BuzzFeed News now reports that women are warning each other about the trend following the publication of several YouTube tutorials demonstrating how to remove the red filter, as well as the creation of a since-banned subreddit dedicated to sharing these videos.

In one widely shared PSA from TikTok user @lostvsnryshots, the photographer told women to be "cognizant of what you're wearing before you actually do all the editing for the final product."

"Anyone could easily take those images and revert them back to the original," she added. "So if you're wearing a bra and panties, or you're nude, or whatever you did before you applied the editing to create that shadow look, just know that it's really easy to just put it back."

♬ Put Your Head On My Shoulder - Giulia Di Nicolantonio

Not only that, but other women have since highlighted the lack of response from several social media platforms, with people like Rolling Stone's EJ Dickson (who also wrote about the issue) specifically calling upon YouTube to remove these tutorial videos for being a "huge consent violation."

Hey. @YouTube. Take down the videos of people showing how to remove the red filter on the silhouette challenge. Not cool.

@YouTube You have a responsibility to take down all the videos claiming to teach people how to remove the red light from the 'Silhouette Challenge'!!!

Obviously not linking, but there are videos all over YouTube offering tutorials for how to "remove" the red filter for TikTok's Silhouette Challenge, in which women dance nude or partially nude in silhouette. This is a huge consent violation and @YouTube should remove them ASAP.

Meanwhile, in a viral Facebook post, user Danyelle Thomas also pointed toward this being a prime example of the way "rape culture, misogyny, and patriarchal malarkey" can come together to perpetuate some extremely messed up double standards.

"When reminded that this is gross, creepy, and non-consenting, men respond that women are always finding ways to make themselves victims and they shouldn't have been naked on the internet," Thomas said. "Yes, the same men going through extraordinary lengths to be creepy are finger wagging women about what they shouldn't put on the internet. Because of all of the things men lack — including ethics and boundaries — they're never short on audacity."

YouTube, however, has yet to respond to the uploading of these videos, not to mention the issue-at-large.