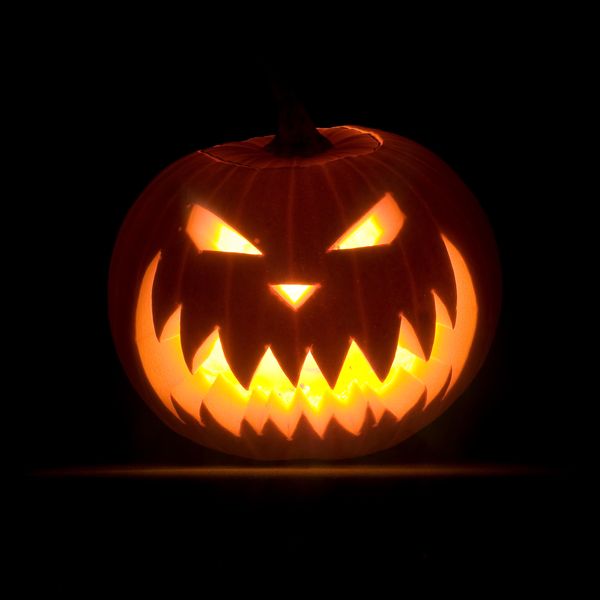 There's been the "woah," the "Git Up," and the Mariah Carey-endorsed "Obsessed" dance — now, get ready for "Spooky, Scary Skeletons." It's Halloween, witches.

The song "Spooky, Scary Skeletons," performed originally by Andrew Gold back in 1996, has been a meme for years, with its origins in YouTube gamer culture. One example of an early viral video featuring the track is this remix video focusing on Minecraft characters breaking out pixelated dance moves to the beat of the song. Every year the song experiences a resurgence in popularity as Halloween approaches, and every year it gets added to Halloween party playlists across the country, second only to the "Monster Mash."

Now, TikTok has gotten ahold of the hit track, and you'll never bop along to it the same again.

TikTokers around the world are busting out their best skeleton makeup and dance moves to follow a trend that involves a an LMFAO-esque shuffle dance and a whole lot of spooky after effects. Maddi Winter popularized the trend after spending 12 hours producing her own version of the dance, complete with 350 "hand-drawn" frames over top of her dancing to the song. Winter's video is a testament to what's possible on the lip-syncing app whose user base is growing exponentially by the day — it's beyond a Vine 2.0, it's an animation studio, a music sharing app, and a meme catalogue all in one.

There are new versions and attempts at the dance being posted so constantly that it's almost hard to keep up — that's why PAPER has put together a collection of takes on the "Spooky, Scary Skeletons" trend for your viewing pleasure. Happy Halloween, a whole two months early.