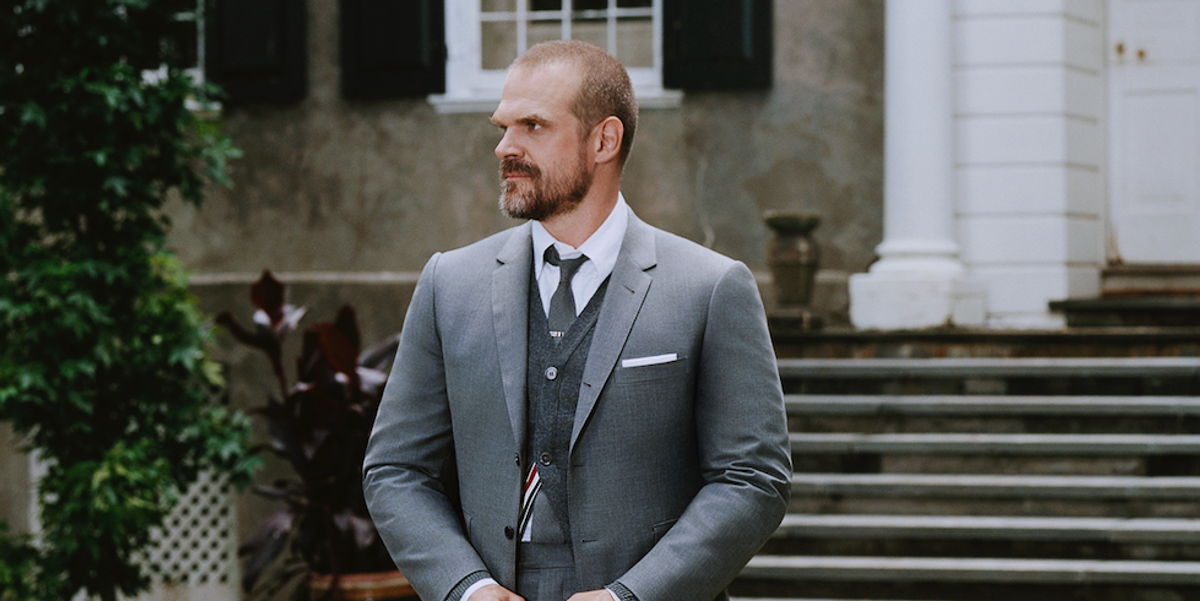 Thom Browne fans have plenty to look forward to in the coming days, not least of which is the designer's return to New York Fashion Week this season instead of his usual showing in Paris. He'll also undoubtedly have a significant presence in the Met's upcoming exhibit on American designers, In America: A Lexicon of Fashion.

He's also been busy teaming up with some unexpected faces to bring new life into his classic approach to gender dressing. On the heels of his viral shoot with Gossip Girl's Thomas Doherty, which sought to "redefine the masculine image," Browne is unveiling his latest film and portraits with the rugged Stranger Things actor David Harbour.

Alongside the iconic French-American art legend Anh Duong, Barbour was tapped to show off the brand's core offerings and gray tailoring from their fall wardrobe, including its signature pleated skirt. According to a press release, Browne was looking for a man and a woman who would "bring their own identities" and "reinterpret the clothing for their own lives."

The duo were shot at the historic Teviotdale house in upstate New York while referencing some iconic American paintings, including Grant Wood's "American Gothic." Tina Barney photographed the images, which tell the story of "a couple who has been together through everything." See the full video, below.