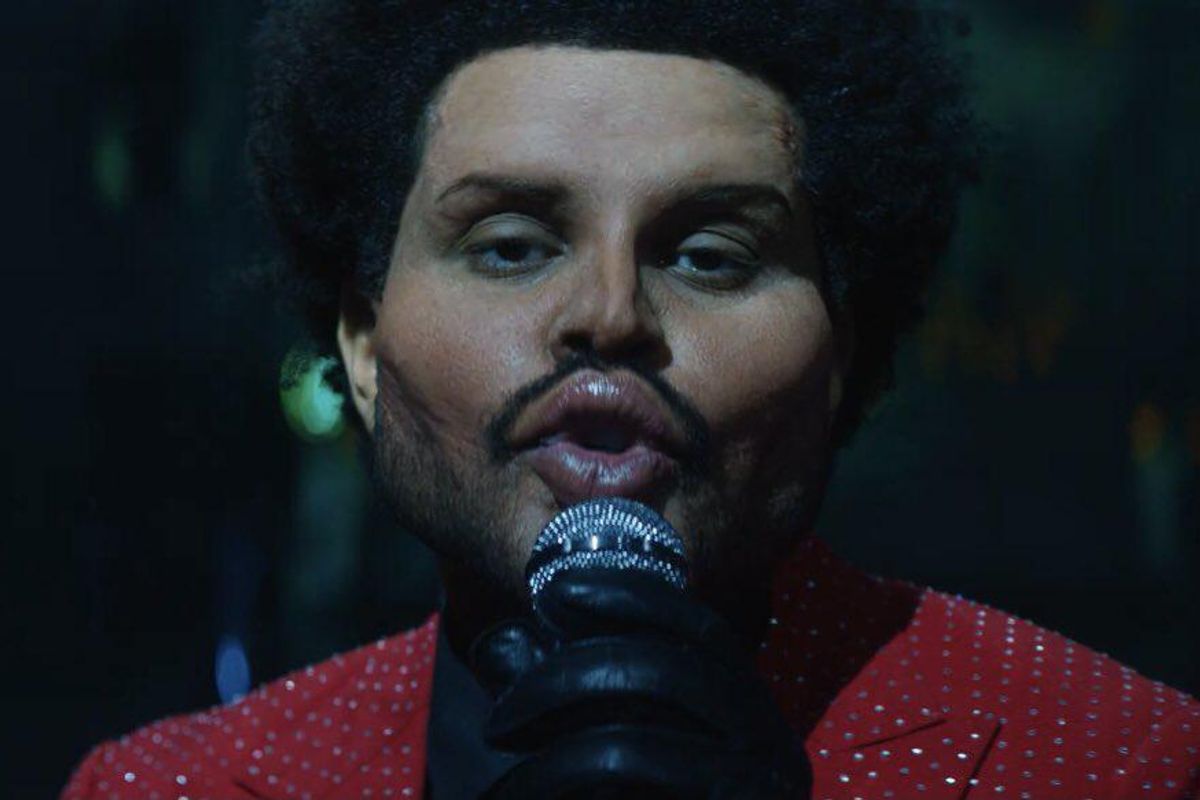 Why The Weeknd Has Been Bandaging His Face

With the new year for The Weeknd arrives the opportunity for a new beginning — and a new face. He's released the video for "Save Your Tears" that shows the results of having his face bandaged for the last few videos amidst an ongoing physical transformation. What comes next is best described as a rebirth.

The Weeknd's journey began in the "Heartless" video in which he has a bad acid trip in Las Vegas while partying. Over the course of "Blinding Lights," "In Your Eyes" and "Too Late," the singer gets beat up, decapitated and then revived in another person's body. During this time, in public, he's performed with bandages covering his face to show the toll that these journeys have had on his body.

Well in "Save Your Tears," we finally see what's under those badges: a new face. At some point, the singer's character has had reconstructive surgery done to his face, with new cheekbones and larger lips.

As a quick aside, you have to give props to his make-up artists who've had to contend with these new looks each time. This meme, in particular, probably sums up their moods:

In the video, The Weeknd performs for a group of people with a gun in his hand. At some point, a mystery woman points it at him and leads us to believe that this will be the singer's last performance. But shortly after, the scene changes and The Weeknd appears on stage with the gun in his hand, aiming it at his head and startling the people in the audience.

A bang fills the air and the audience gasps at the sound of the gun firing, but instead of a bloodied heap of head pulsating on the floor, we see that The Weeknd's gun was filled with confetti. It ends with a sense of uneasiness as he grins at the audience's applause. You'll be just as surprised at the outcome as they were watching it.

Fans have taken to Twitter to speak about just how outrageous The Weeknd's latest transformation is.

They've also noted a quick jab at the Grammys after The Weeknd was snubbed for every major category.

The Weeknd's set to perform at next month's Super Bowl LV that takes place on February 7. If this rollout is any indicator, there's no clue what to expect once he hits one of the world's biggest stages. I'd wager that his After Hours character will undergo another, even wilder, transformation.

Check out The Weeknd's new face in "Save Your Tears" up above.