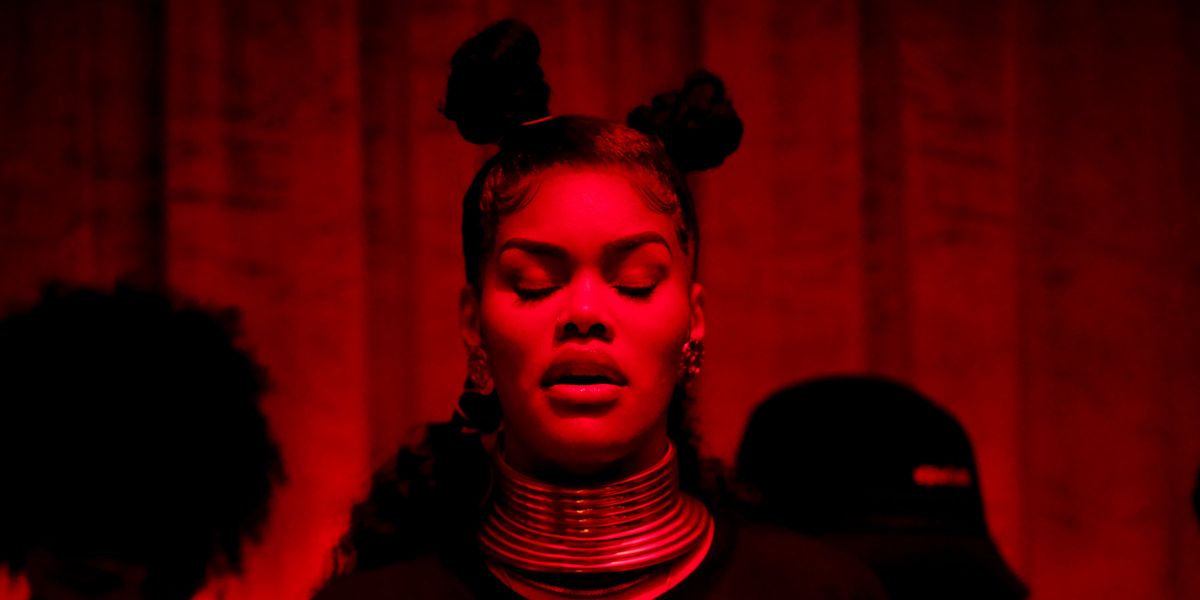 With lyrics inciting social change and symbolism that honors both victims of police brutality and Black icons, Teyana Taylor has unveiled a striking and impassioned visual for her song, "Still." From Taylor's soaring vocals to the track's unshakeable sentiment, it's one of the highlights off her June 2020 LP, The Album.

The "Still" visual begins with a clip of Malcom X's fervent 1962 speech addressing police brutality as historical images from the Civil Rights Movement and Jim Crow era flash across the screen. "Still" opens with the words, "A Spike Tey Joint," modeled after, "A Spike Lee Joint," which can be seen in the openings of Spike Lee's films.

In several heart-rending scenes, Taylor wears symbols commonly associated with victims of racist violence, singing with tears streaming down her face. A superimposed visual of Breonna Taylor is shown with Taylor who wears her EMS uniform. Taylor then wears a black hoodie with an image of Trayvon Martin surrounding her, and plays a violin with an image of Elijah McClain doing the same. She's later in handcuffs, before showing a clip of George Floyd's arrest.

In a recent Instagram post, Taylor commented on the visual's dedication to justice. "We are STILL emotional," she wrote. "We STILL keep fighting for love, justice. Yet we STILL keep losing our beautiful black lives Where's our healing?"

She explained that this video was shot a few months back, but its message still remains relevant and vital. "It's crazy how to this day our cry for love is STILL so relevant today and plans to be for a very long time smh!" Taylor said. "WE DEMAND CHANGE!!! There wasn't one day that went by in the editing room that I didn't shed a tear."

Stream The Album by Teyana Taylor, below.