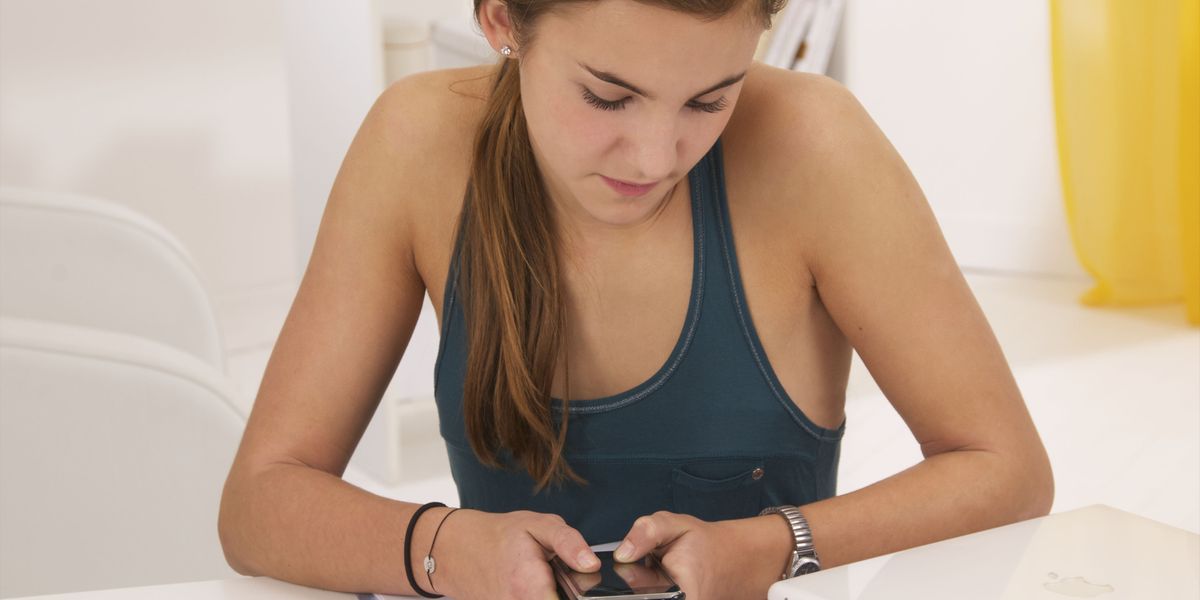 According to a study dissected by The New York Times, boys are four times more likely to request naked photos or sexts. Girls are complying with little comprehension of the risks involved, which they soon realize after boys exploit them for sex or simply show their friends. Female participants described their experiences being asked for nudes, and many are harrowing.

"I sent my boyfriend a naked pic after he insisted and was going to break up with me," said an interviewee in the study. "Now he is threatening to send it to everyone if I don't have sex with him, I'm only 15."

One girl said she doesn't see an option other than submission to avoid being ostracized:

"...they want me to send naked pics of me and I don't want to send them... but like idk wat to do cuz they said if I don't send them tht their goinq to spreads roumors and help me out plzzz :(("

Another said her nudes were shared among the receiver's friends without her consent.

"...I used to send out naked pics just for fun. 1 guy collectd so many dif [different] nudes of me on his phone tht he made a private myspace account for his friends to view them all."

This behavior can constitute as child pornography in various states, but law enforcement's emphasis in halting the exchange of explicit messages is often placed on girls, not boys. Classic. Author Sara Thomas, who conducted the study, indicated young men are not forced to shoulder nearly as much responsibility.

"Young women's attempts to negotiate coercive situations on their own suggest that young women feel it is their burden to manage situations," Thomas writes. "This is a logical extension of policy makers, educators, and parents routinely holding young women as more responsible for sexual decision-making (particularly in the form of upholding abstinence). This study indicates that these messages have been internalized such that young men are not being held responsible for gaining consent or respecting the boundaries of their partners."

This investigation is, of course, particularly poignant in the wake of a series of hacks exposing the nudes of high-profile female entertainers. In the past three years, Jennifer Lawrence, Emma Watson, Amanda Seyfried, Kylie Jenner, Sia and Demi Lovato have all been targeted by hackers. Rob Kardashian posted naked photos of former girlfriend Blac Chyna on his Instagram after she sent him videos of her kissing another man.

Hacking aside, Thomas claims young men exploiting their female peers will continue to be a issue until the power dynamic starts to shift — a change, like many others, which can only come with female empowerment.