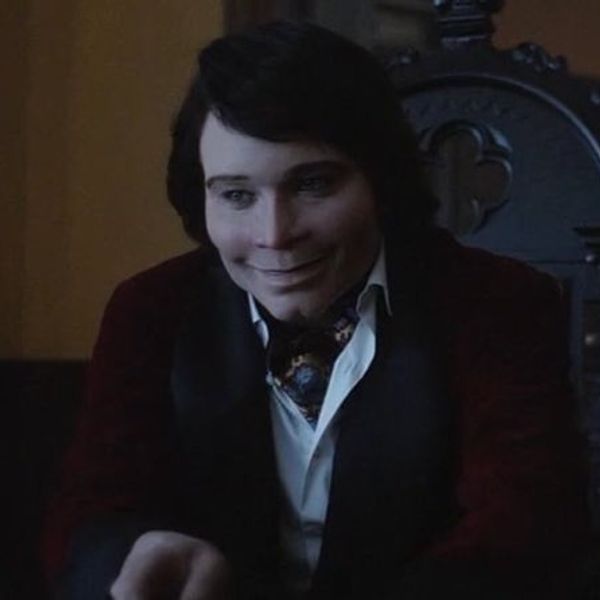 In a provocative, and definitely intriguing move for Atlanta, Donald Glover donned fake eyebrows, prosthetics and pale makeup to create "Teddy Perkins," the incredibly creepy owner of a creepy mansion with a creepy, high-pitched voice.

Perkins was credited "as himself" in the credits, and appears when Darius goes to pick up a free piano listed online. The character lives alone with his jazz musician brother, Benny Hope, portrayed by Derrick Haywood, who eventually admitted to Vulture that Perkins was indeed played by Glover. He also revealed Glover never broke character, so much so that even Haywood didn't know who was performing in the role Perkins.

"The director [Hiro Murai] called 'Teddy' over [on set] and said, 'Let's see what Teddy thinks," Haywood said. "I'm like, 'Okay, who is this Teddy guy and why is his opinion so important?' When I say this guy was in character the whole time, it was just amazing the commitment he brought. We were calling him Teddy, he acted as Teddy — there was no Donald on set whatsoever."

Naturally, the Internet felt some kind of way: