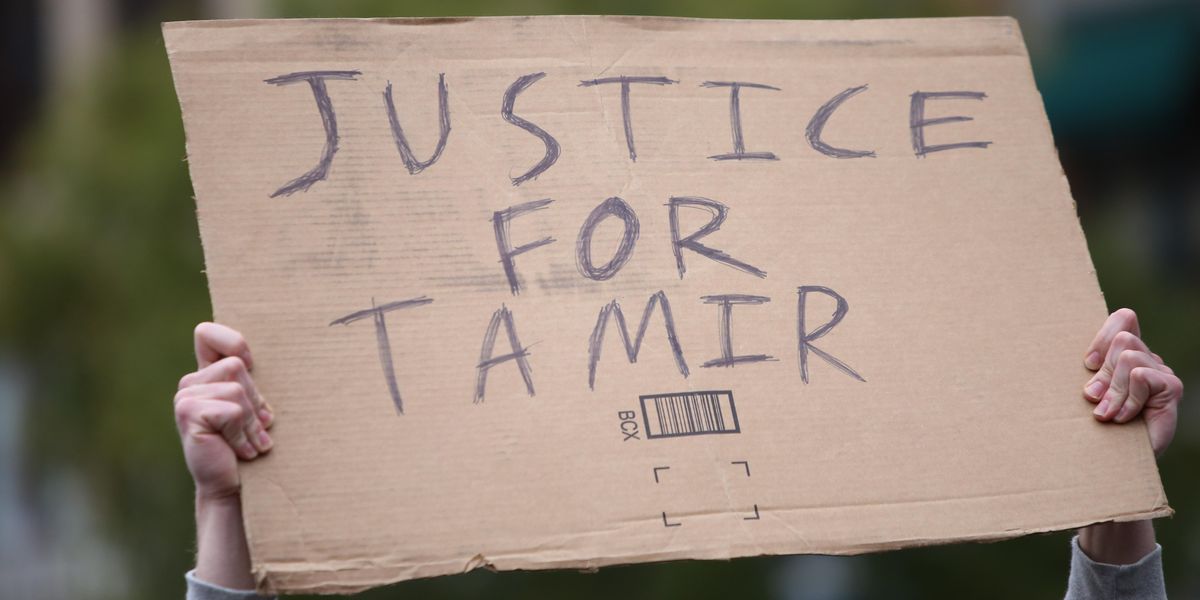 Tamir Rice's family sent a letter to Attorney General Merrick Garland Friday asking that he reopen the investigation into Tamir's 2014 murder, and to convene a grand jury to consider charges against the Cleveland police officers who killed him.

Tamir was shot and killed outside a recreation center by Timothy Loehmann, a police officer who at that time said he mistook a toy airsoft gun for a real weapon. Tamir, just 12 years old at the time, has since become a figurehead of the Black Lives Matter movement.

In December, former Attorney General William Barr announced that the Justice Department would not be pursuing criminal charges in Tamir's death, saying there wasn't enough evidence against the police officers involved.

"The election of president Biden, your appointment, and your commitment to the rule of law, racial justice, and police reform give Tamir's family hope that the chance for accountability is not lost forever," the letter from the family's attorneys reads, according to a report from CNN.

Loehmann was fired in May of 2017, though his release was unrelated to the shooting but rather from lying about his employment history when he applied for the job.

Related | Ava DuVernay, Common and More Speak Out About #BlackLivesMatter

In response to the family's request, Anthony Coley, Justice Department's spokesperson, said to CNN "we extend our deepest condolences to the Rice family. The Department has received their letter and will be reviewing it."

In a statement, Tamir's mother, Samara Rice, said, "Tamir would have been 19 years old in June. I'm still in so much pain because no one has been held accountable for the criminal act that took his life. I'm asking DOJ to reopen the investigation into my son's case; we need an indictment and conviction for Tamir's death. I'm building his legacy. The Tamir Rice Foundation is very invested in the community and dedicated to creating change."