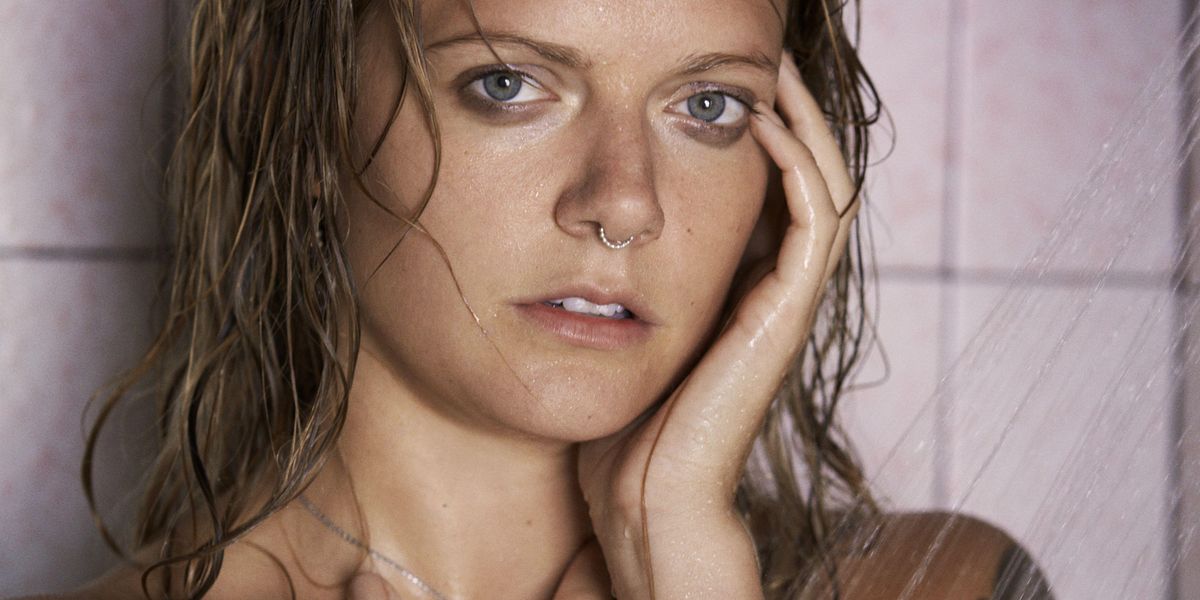 You might have only heard of Tove Lo recently, but you've been listening to her music for years. The Swedish pop star launched her career crafting pop hits for Girls Aloud, Icona Pop, Ellie Goulding and many more, before breaking out on her own in 2013 with single "Habits." Tove Lo's combination of infectious, irresistibly danceable beats and wry, confessional lyrics have made her two albums (2014's Queen of the Clouds and last year's Lady Wood) must haves for any pop devotee. We talked to her over email about the balance between being a songwriter and a pop star, who she'd still love to work with (are you listening, Abel Tesfaye?), and when we can expect more jams. Yesterday, for the final day of Coachella 2017 and her performance, she also took over our Instagram--check out her shots here.

You've made appearances at past Coachellas—how was it holding down the stage yourself this year? Did you make any adjustments between last weekend and the second?

It was unreal. You never know what to expect and this is one of the first festivals I'm playing this season so I was kinda ready for anything. The set felt great but I always have a few little things I wanna fix after every show. It's just part of it.

The energy for your set was awesome—were you expecting that kind of reaction? Did it change your set or pump it up higher in a way?

The crowd was magic. I couldn't believe how packed it was, and they were really with me. Made me so happy. I wanted it to be an emotional dance party and thats exactly what it felt like. My cousins, my brother and a lot of my friends from all over where there [weekend one] and it made me feel it even more.

You've written hits for so many big artists, in addition to being a music star in your own right. How do you balance being a pop star and a singer/songwriter—do you feel like one identity with one aspect more than another? Do you ever feel the desire to focus on one thing more than the other?

I mean I definitely feel more focused on being an artist right now, it takes up most of my time, but I love writing for others too and it's not that hard for me to separate.

You've also collaborated with a ton of huge names—who would you still like to work with? Who would be your dream collab?

I've gotten to work with 5 of my dream collabs now haha, I'm so lucky. The list is loooong but a few of them are SIA, Banks, Stromae and The Weeknd.

Was your flashing the crowd planned, or was that a spontaneous reaction to the energy/set?

It's part of my show now usually 😘

Were you also attending the festival/seeing other shows? If so, which artists were you most excited to catch?

Yes, I love festivals for that reason and I like that this is two weekends so I can catch most of them. I was very excited to see Lorde, Justice, Hot Since 82, Banks, Kendrick Lamar, Dixon and Radiohead. Bummed I played at the same time as Hans Zimmer, think that would be so cool.

Finally, what's the word on part 2 of Lady Wood? Will we be seeing it soon? What do you have planned for the upcoming tour? Any cities or dates you're particularly jazzed to play?

Phase II will be out later this year, it will be highly emotional. If Lady Wood phase l was me rolling through all the feels, this part is more dramatic. I'm doing a lot of festivals I can't wait for! and I'm very excited to go on the road with Coldplay playing fucking stadiums. WHAT? Thats gonna set off some dreams for sure.