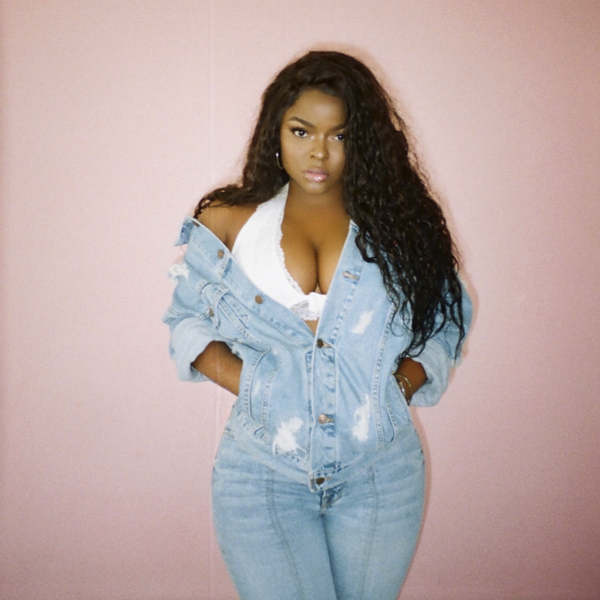 Asiahn Is an Industry Insider Ready For Her Big Break

Technically, Asiahn ain't new. As evidenced by her three Grammy nominations and songwriting credits for the likes of Dr. Dre, Pitbull, Drake, Lil Wayne, and Jennifer Lopez, it's fair to say that Asiahn knows exactly what she's doing. The LA-based singer considers herself an open book, professing herself as a nerd on her website with a love of anime, feminism, and cooking. She's even quick to mention the wings at her favorite hometown haunt, Te'kila, and that she's a sucker for any beach that comes with a cocktail.

Related | Justin Ingalis Is Putting Des Moines on the Map

It wasn't until a couple years ago that Asiahn decided to step out on her own with her EP, Love Train, before following it up with her debut album, Love Train 2. On it she proves she not only has the vocal chops but the songwriting know-how to keep you coming back for more. (If you want to get in your feelings real quick, I would recommend giving "NOLA" a spin.) Asiahn has what most artists take years to perfect: a clear and concise grasp on who she is as a musician and where she wants to be. Asiahn has the hustle to get there, so it isn't a matter of if but when you'll be ready to get on board.

PAPER caught up with Asiahn to help you get to know the superstar songwriter a little bit better. Follow her on SoundCloud, here.

I just recently played LA PRIDE and it was INSANNEEEE!

Who are your influences/inspirations?

I have no idea, maybe something by DMX.

Freddie Mercury, RuPaul, Lady Gaga, Elton John, David Bowie. I wish their were more people of color on this list, but I also know that back then, and even now, it wasn't widely accepted in our communities.

Pride means being unapologetically YOU! And proud of it. Never letting societal norms define who and what you are. Standing in your truth and not giving a damn what anyone thinks about it!

The stigma that music about LGBTQ relationships aren't lucrative, people being closed minded about my sexuality. I have lost opportunities because of my sexuality for sure, but that's their loss.

I just want the industry to treat all talented people the same. Be open, allow us all to shine even if you don't agree with my orientation. Who I love doesn't take away from my talent.

Why do you think SoundCloud important to creators in the LBGTQ community?

Soundcloud is important to all creators, I think that LGBTQIA artists have the ability to use Soundcloud as a tool to spread their music organically and build their fan bases.

The first queer collaborator I discovered on SoundCloud was actually Syd from The Internet. I discovered the entire band there and was hooked!