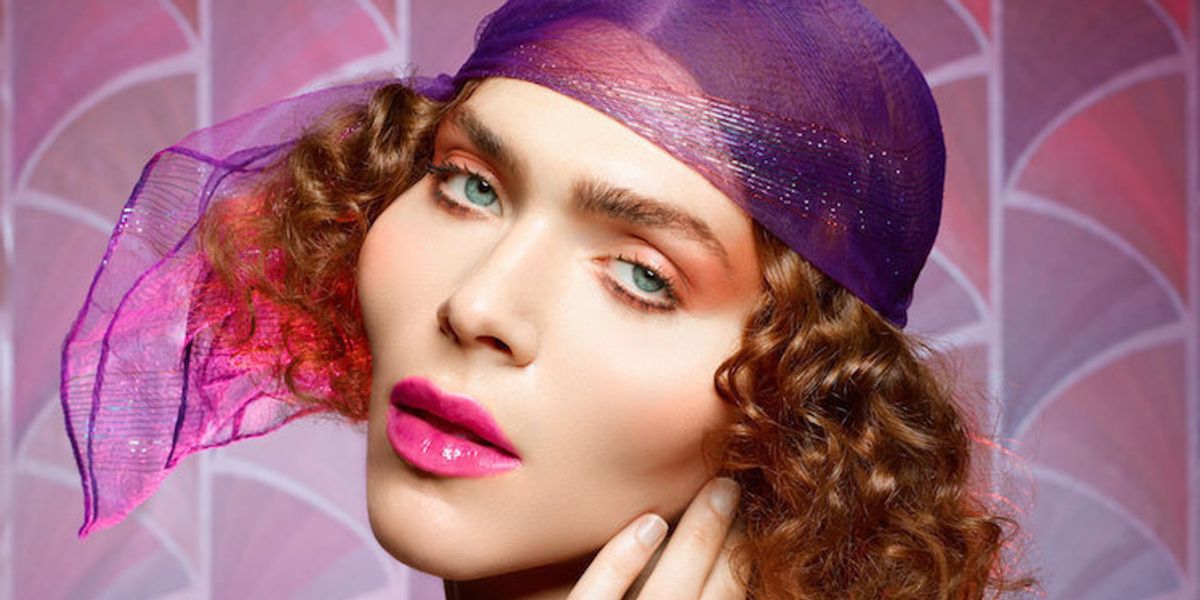 The Grammy award for Best Dance/Electronic Album is a fairly recent addition in the grand scheme of the show's history. First awarded in 2005, it has only been handed out 13 times and of those 13 times the award has gone to a woman thrice and never to a trans woman. But that could all be about to change with today's nomination for electronic producer SOPHIE's debut album Oil of Every Pearl's Un-Insides.

A historic nomination for a historically out-of-touch awards show, SOPHIE is the first openly trans artist to be nominated in this category and alongside Teddy Geiger and Jackie Shane, is one of three trans women to get a Grammy nod, which is cause for celebration in its own right. The Recording Academy has often been criticized for its lack of diversity and after Academy President Neil Portnow tone deaf-ly implored women to "step up" their game after men swept the last show it is promising to see that women are dominating major categories this year.

But going deeper than demographics, the Academy has had a problem with staying in-touch with the current musical landscape. Tellingly, Portnow said of the Academy's selections today, "I think we're incredibly relevant and on point" which by the mere fact that the question had to be asked points to the contrary. Remember the three women that I mentioned had won Best Dance/Electronic Album before? They are Madonna, Lady Gaga, and La Roux. All brilliant artists but probably thrown in the Dance category because the Pop categories were full that year.

This has been the frustration with the Grammys for artists in and fans of what can be classified as Dance/Electronic. The voting base of the Academy has historically had little familiarity with the genre outside of a handful of names. A historically queer genre of music that dating back to the days of Disco and House, "Dance/Electronic" is about as broad of term as you can get to encompass a plethora of subgenres upon subgenres. Skrillex has won the Grammy for Best Dance/Electronic Album three times should be evidence enough that the category hasn't evolved alongside the scene. So the fact that the Academy opted to nominate such an experimental, abrasive, and forward thinking album like Oil of Every Pearl's Un-Insides is not only surprising but downright gagging.

Related | The 2019 Grammy Nominations Are Here

If you have been paying attention at all in the past year you would understand why SOPHIE's nomination is very deserved. There is simply no other producer out there like her. Her debut album manages to bring tender ballads, soaring pop anthems, BDSM bangers, and gauzy drone all under one roof and make it work by being distinctively her own. Its this unique quality that has made SOPHIE one of the most sought after producers having made tracks for the likes of Charli XCX, Vince Staples, and even Madonna. She is a phenomenon and the Academy's decision to recognize that shows an incredible amount of promise.

In her interview with PAPER, SOPHIE mused on the future of music saying "The people that have the loudest voices that need to be heard are gonna be the ones we're gonna be listening to, and not the voices of people manipulating them from whatever sources of power they have." In the context of today's nominations it feels almost prophetic. Where SOPHIE manages to secure her trophy or the Academy follows through on its promise of diversity has yet to be seen, but it is important to recognize this new step in the right direction.

Photo by Jason Altaan for PAPER