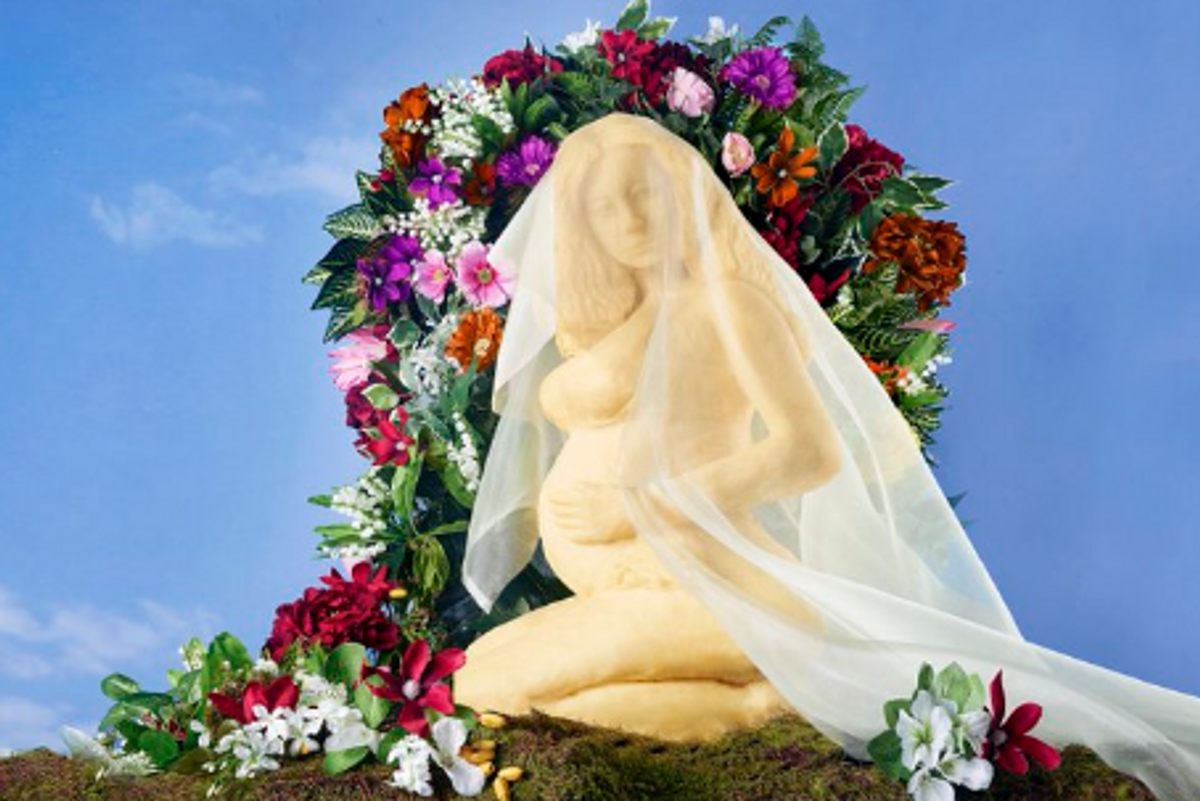 If you're a human being that lives and breathes, you have likely loved both Beyoncé and cheese since you shimmied your way out of the womb. It will likely please you to know, then, that someone made pregnant Beyoncé out of cheese.

Brie-oncé is a life size statue of the singer and, like most of us, is made of 40 pounds of cheddar cheese. Brie-once reportedly took 28 hours to make and will compete against other cheese sculptures at The East Village Wine and Cheese Festival in London. She was styled from Beyoncé's iconic maternity photoshoot, which racked up almost 11 million likes. It's casual.

I can only pray someone tries to melt Queen Brie down, only to discover that she forever remains in formation.

We have indeed been blessed two times over.