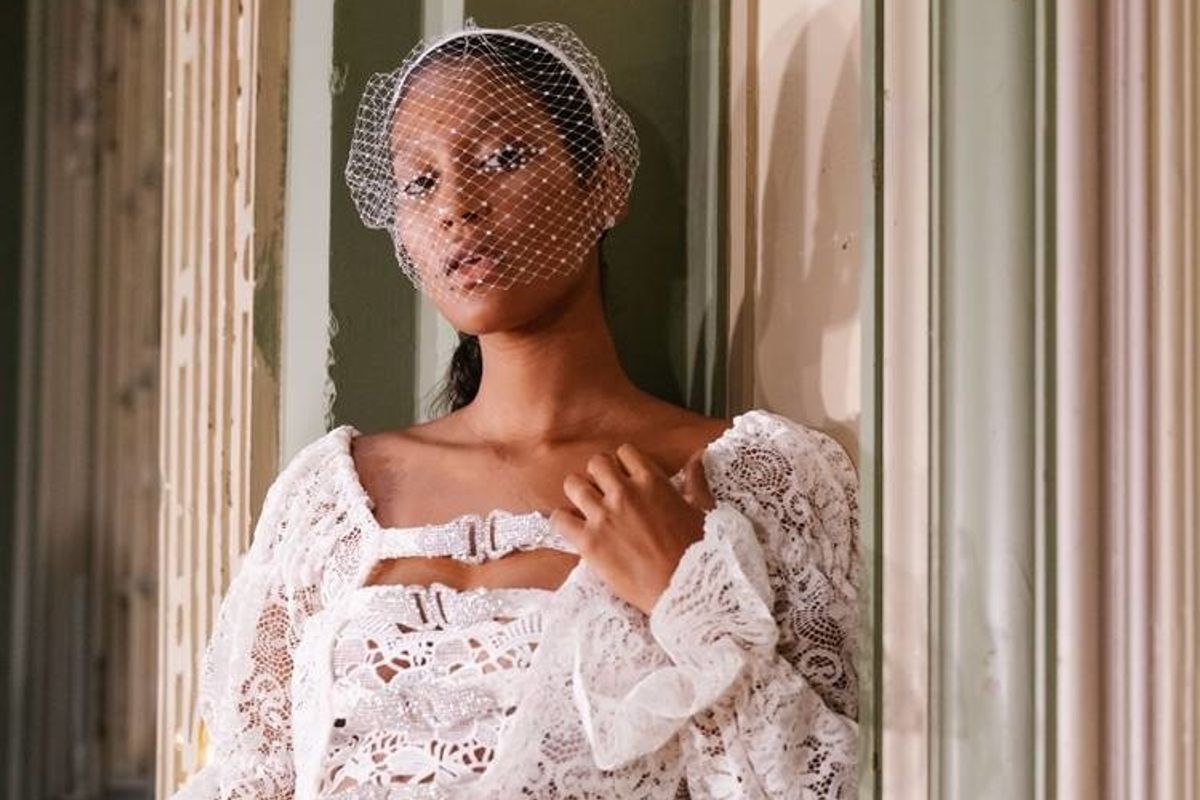 Slashed By Tia Is Ready for a Revolution

As the designer of Slashed By Tia, Teni "Tia" Adeola has always believed in the modern renaissance woman — she who, despite pessimistic myth-making, can have it all, because she is already everything. It's a theory Tia has put to the test in her collections as an emerging designer from Parsons, dressing women as royals, it-girls, and international glamazons, with no shortage of sheer sex appeal and her trademark ruffles.

For her final collection as a Parsons student, aptly named Graduation, Tia's modern renaissance women are forces of nature poised for revolution, fully empowered and bonded together for maximum impact, ready to go to battle for their passions. The collection debuted at downtown's Ludlow House during NYFW. In Slashed By Tia's Spring 2020 campaign video, premiering today on PAPER, Tia casts women of color on the frontlines of their lives, as news clips speculate about "girl gangs," and how they are formed.

The women in the self-directed video traipse around New York City in a mix of everyday wear and surreal designs by Tia— including sheer dresses, tops, pants, and matching sets of ruffles, lace, and shimmer meant especially for movement. The women incorporate bats, blunt objects, and the drag of everyday male city workers, from a construction crew's hose to a fireman's helmet, into their jaunt. (I told you, women are everything!) Given our current political climate, such messaging feels more timely than ever.

Tia says the collection was inspired by the French Revolution, which produced figures such as Josephine Baker and Alexander Dumas, "whose faces I printed on some of the clothing items," she explains.

"Alexandra Dumas, in particular, was half-Black. He basically revolutionized literature as he wrote The Three Musketeers and no one recognizes that," she says, adding that fashion is pivotal to prevent the erasure of cultural contributions made by people of color.

Below, PAPER catches up with Parsons graduate Tia, who elaborates on Graduation's themes and how fashion is a tool to reclaim power.

The film features news clips about female gangs. What made you decide to include these depictions?

I decided to include this depiction because being a recent college graduate I am fully in the real world now. Although I was very much aware, I'm beginning to even further understand that women are still seen as second-class citizens. We have the knowledge, we have the skill and we have the talent, the only thing lacking is the opportunity. When women come together, we're able to totally dominate and have an impact like never before. Whenever I have shoots, everyone from the photographer to the set designer is female. I'm no longer in school and I feel more powerful than ever, I've never been the type to wait for something to be given to me; I'd rather go out and take it. The inclusion of girl gangs had absolutely nothing to do with violence but everything to do with women, particularly women of color, reclaiming their power.

Fashion is often a form of protest. And in one of the news clips, a point is made that almost anything can become a weapon. With that in mind, what did you arm yourself with when making these clothes?

When I make my clothes, my thought process is less about what I arm myself with and more about the impact my clothing is going to have on the woman or girl that wears it. My hope is that women put on my clothes and feel like royalty, walking art pieces. They're able to enter any room and feel like the most confident, powerful and best-dressed girl in that room and that to me is an extremely powerful weapon to possess.

My Graduation collection was heavily inspired by the French Revolution. I find a lot of parallels between the society we live in now and that period of time. The French Revolution produced figures like Josephine Baker and Alexander Dumas whose faces I printed on some of the clothing items. Alexandra Dumas, in particular, was half-Black. He basically revolutionized literature as he wrote The Three Musketeers and no one recognizes that. Fashion is pivotal in today's day and age, and it's important to keep using it to reclaim history that excluded people of color. My hope is to keep taking trends from periods of history that interest me and push a more inclusive narrative by, for example, making sure my model casts are as diverse as possible.

Photo courtesy of Slashed by Tia