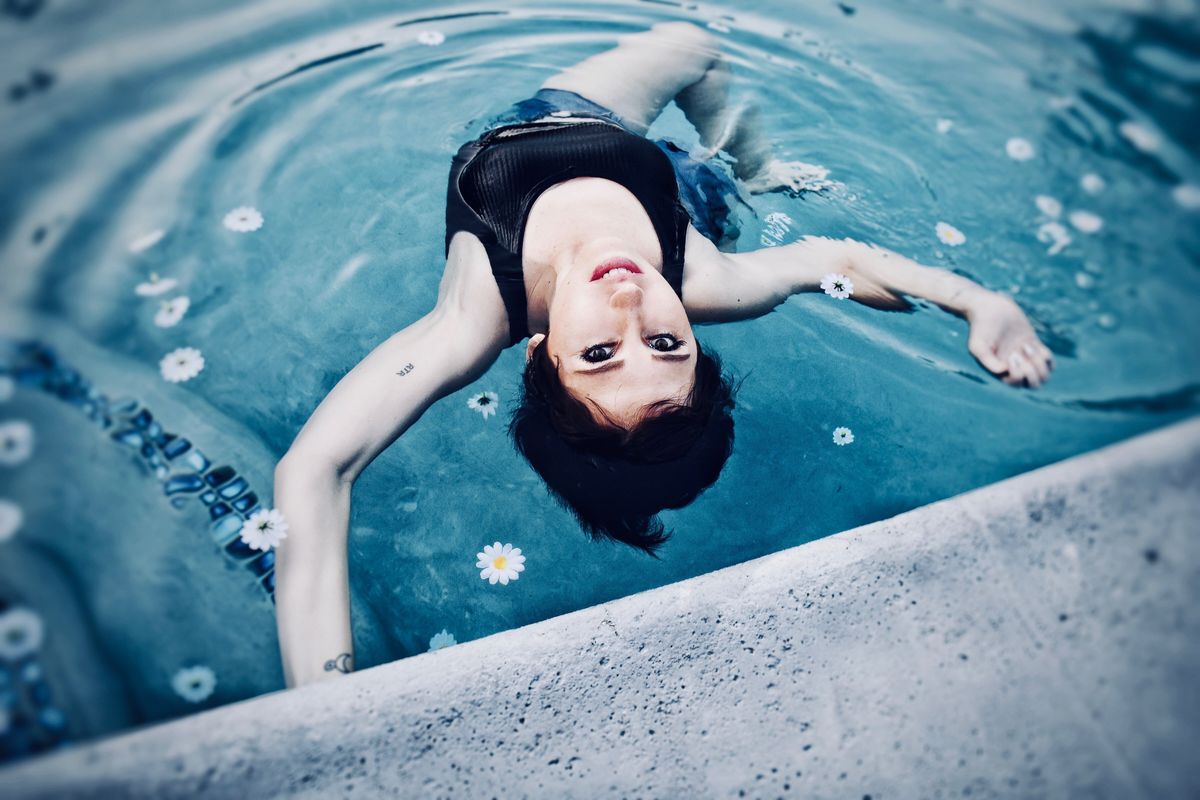 In her new single, "Everything It Wasn't," Los Angeles singer-songwriter Skyler Stonestreet is like most people who find themselves head-over-heels for the wrong person.

The catchy pop track keeps a minimal vibe and a midtempo pace, capturing darkness and light, then exploding into a chorus of sunny make-believe: "Let's pretend that we were good at something/ Let's pretend that it was everything it wasn't," Stonestreet sings. It's delivered like a sigh of final acceptance, maybe even defeat, upon realizing someone's true colors.

The single possesses Stonestreet's innate hitmaking prowess; the singer has penned huge songs like Dua Lipa's "IDGAF" and The Chainsmokers' "Kanye." For the video to "Everything It Wasn't," (directed by Jason Koffeman and produced by Toon53 Production), premiering today on PAPER, Stonestreet plays out her fantasy relationship in cartoon-animated form, which is perhaps the clearest way to illustrate what it means to "color over the sadness a toxic relationship that wasn't meant to be."

"I wrote this song about previous tumultuous relationship I was in," Stonestreet says. "Before I knew it, something and someone that seemed 'perfect' couldn't be more opposite. This then brought out a side of me that I didn't even recognize We kept trying to fix it and I held onto the glimmer of the 'perfection' that was at the beginning because the highs were so high. That's why in the chorus [the lyrics] 'leave the door a little open, won't ya' is almost flirtatious, because even though it was really a nightmare sometimes, we both could never forget the good parts, and I didn't want to."