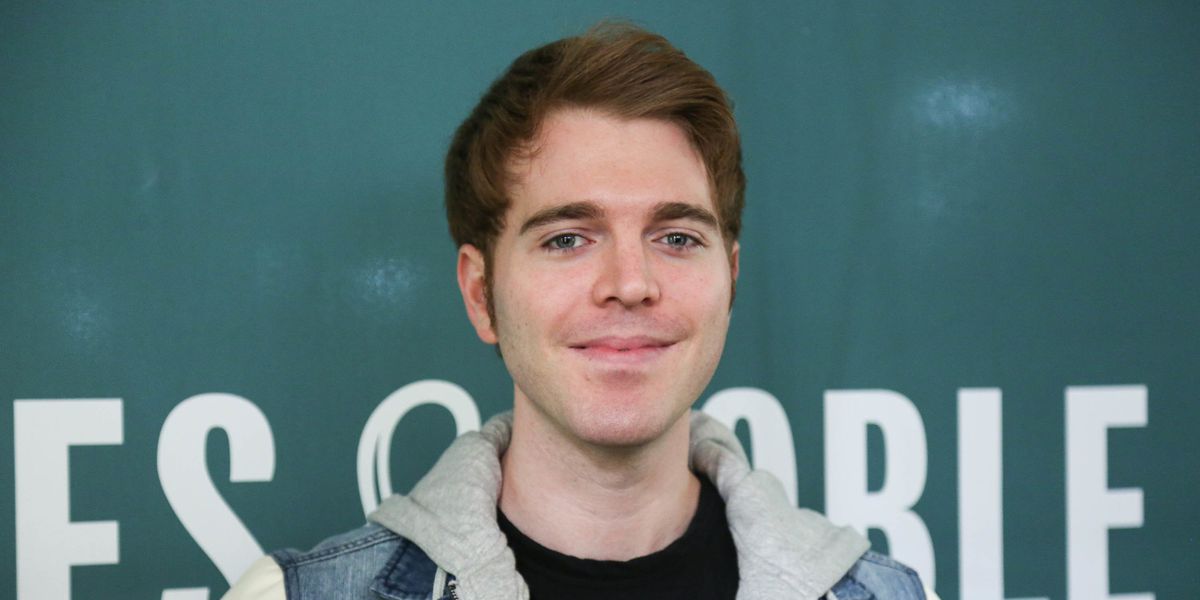 On Sunday night, Shane Dawson — popular YouTuber, edgelord humorist, and wannabe InfoWars commentator — set the internet ablaze for something unrelated to his "investigations" into the lives of other controversial YouTubers. And weirdly enough, it involves an allegation that he sexually abused his cat, Cheeto, per Refinery29.

Unfortunately, you read that right. Over the weekend, audio from a now-deleted episode of his podcast, Shane And Friends, began circulating on Twitter. In the clip, you can hear Dawson talking about his "first sexual experience" with his cat and claimed to have "moved her little chicken legs spread open or whatever" before he "came all over the cat."

I found the audio!! Shane Dawson came on his cat! WTF!!!!! This was on his podcast pic.twitter.com/6slFQRxIeE

Naturally, people weren't happy, with many criticizing his comments as "disgusting" and "nasty." But Dawson was quick to follow up with a vehement denial via Twitter — chalking it up to his past penchant for shock jock jokes and antics. "Ive never done anything weird with my cats," he writes in one tweet before adding, "that story was fake and was based on a dumb awful sketch idea I had years ago that i never made."

ive apologized many times for all the dumb shit ive said in videos and podcasts over the years. ive learned my lesson over and over again and im more confident now in my ability to be entertaining by just being myself and not being so shocking for laughs.(2/?)

that story was fake and was based on a dumb awful sketch idea I had years ago that i never made (THANK GOD) and when the opportunity came up for a funny moment in the podcast I told it as if it was a real story which was DISGUSTING and VERY VERY DUMB (3/?)

my goal with the podcast and with my videos years ago was to tell shocking stories that would make people laugh and scream "OMG NO U DIDNT!!" and think i was "soooo crazy". its embarrassing and i fucking hate myself for it. (4/?)

now that im making stuff i love and im being myself it feels so much better and i finally feel like im putting stuff out into the world that means something. im not saying i hate everything ive made over the years (5/?)

theres so many things im so proud of. but all of my offensive jokes, over the top stories, and insensitive jokes are something that still haunt me and something I have to be faced with everyday on the internet. and it never gets easier. (6/?)

i feel like without my past i wouldnt be who I am today and i wouldnt be able to grow & spend my energy on things that actually mean something. this has been the best 2 years of my life & its because ive been able to drop the act & be myself. and im sorry for not doing it sooner

However, that didn't stop critics from reminding the internet of other unsavory comments Dawson has made in the past. Apart from reminders of his infamous blackface sketches, others brought up last year's pedophile joke controversy, in which Dawson came under fire for comments about "sexy" naked babies. In his most recent string of tweets, Dawson even alludes to the incident in his first tweet, writing, "I promised myself i wasnt going to make apology videos after last years thing so im just trying to be as short and honest with this as possible."

And though he had his defenders — including other YouTubers and colleagues — Dawson's apology tweets did nothing to curb the spread of further criticism and more jokes about his cat.

me to shane dawson's cat: pic.twitter.com/aPVKkXhLei

is this not everyone canceling shane dawson pic.twitter.com/JZc7tVzSZ8

Not to mention some crossover tweets involving J.K. Rowling. As well as a few furry-related tweets.

jk rowling: mcgonagall would frequently take her cat form to have intense sex with shane dawson

I can’t stop laughing at this.
SHANE DAWSON IS A FURRY https://t.co/NKWAQkTdiL