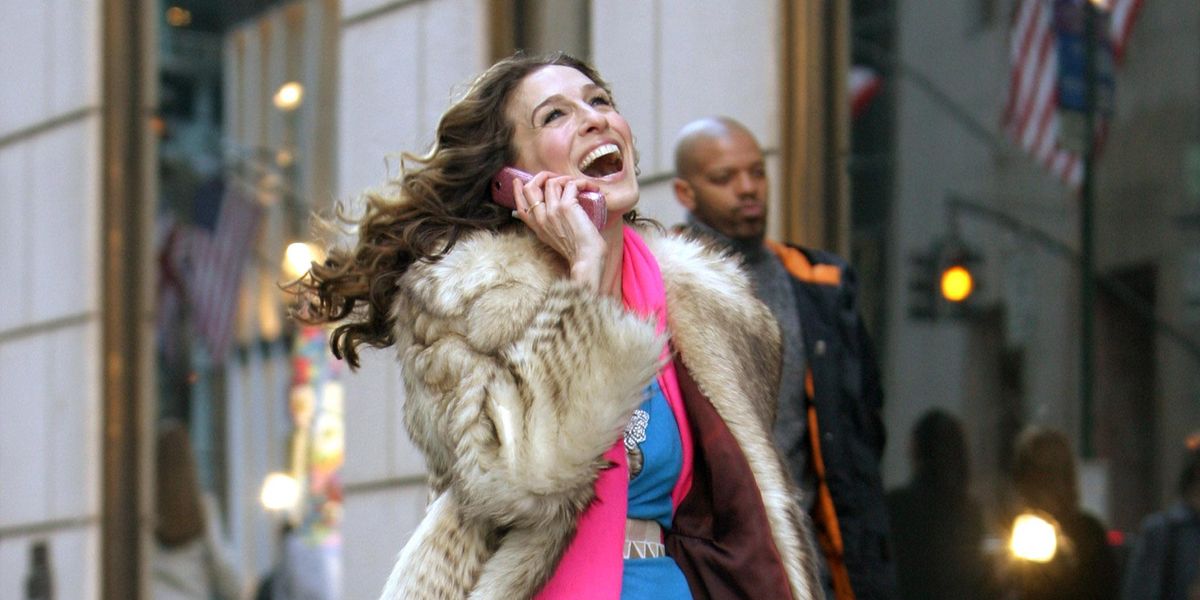 Sex and the City's reboot, And Just Like That..., has cast its first nonbinary character. Deadline reports that actor Sara Ramírez from Grey's Anatomy has been tapped to star along with Sarah Jessica Parker, Cynthia Nixon and Kristin Davis in the sequel series.

Ramírez is set to play a new character named Che Diaz, a nonbinary and queer comedian that hosts a podcast with Parker's Carrie Bradshaw. Deadline defines their character as "a big presence with a big heart whose outrageous sense of humor and progressive, human overview of gender roles has made them and their podcast very popular. "

Ramírez's stacked resume means that their character is going to be one to look out for. They've won a Tony and been nominated for an Emmy for their portrayal of the longest-running LGBTQ+ character on TV in Grey's Anatomy as orthopedic surgeon Dr. Callie Torris. In addition to that role, they also voiced Queen Miranda on Disney's Sofia The First and have executive produced a number of films like Loserville, The Death and Life of Marsha P. Johnson and Out of Exile: Daniel's Story.

And Just Like That... is shaping up to be a much-needed return series. The original Sex and the City was about how complicated both life and friendships can be for a series of people in their 30s, but now, this follow-up is set to cover these same challenges — but for their 50s instead. Parker, Nixon, Davis and now Ramírez are going to be put through the ringer together.

There's no series premiere yet, but And Just Like That... is set to start shooting this summer in New York. The 10 episodes will be in a half-hour format. In an interview with Vanity Fair earlier this year, Parker gave some beginning details about what the show will cover, such as dealing with the COVID-19 pandemic.

"I think that Cynthia, Kristin, and I are all excited about the time that has passed," Parker said. "You know, who are they in this world now? Have they adapted? What parts have they played? Where have they fallen short as women, as friends, and how are they finding their way? Did they move with momentum? Are they like some people who are confused, threatened, nervous [by what's happening in the world]? I'm so curious and excited to see how the writers imagine these women today."