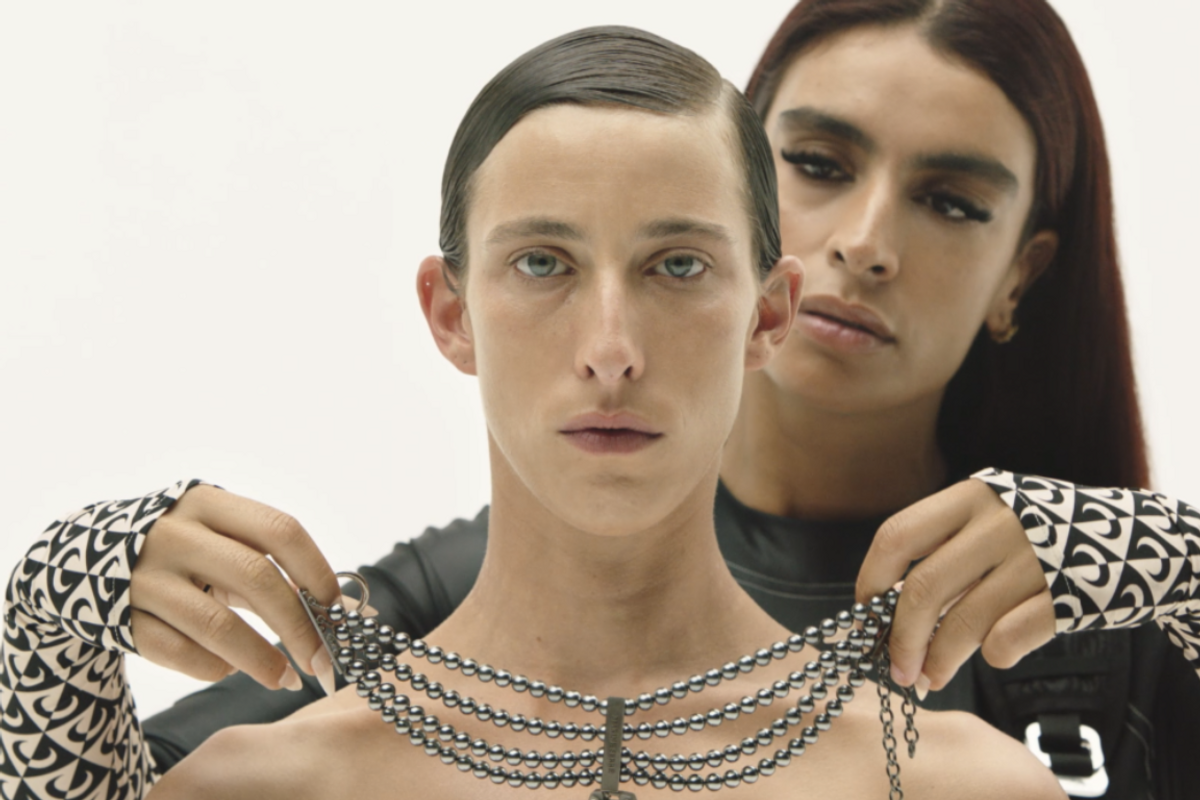 Marine Serre's collections are known to indulge in the apocalyptic — last season's presentation tackled the world-ending threats of climate change and ominous motifs have consistently featured in the label's wares since its Paris runway debut in 2018.

Related | We're All Going to Die, But Do It in Marine Serre

This season, the designer is delving deep into her passion for science fiction — through the lens of today's unprecedented circumstances — with a dystopian short film directed by Sacha Barbin and Ryan Doubiago, titled "AMOR FATI."

The storyline follows two characters, played by Iranian-Dutch vocalist Sevdaliza and multi-hyphenate artist Juliet Merie, who shape-shift between three distinct settings — a futuristic, white surgical room, a glowing, barren desert and an eerily dark water cave — in pursuit of both protection and connection.

Serre, who financed the project with her Andam Award fund, described the film as: "A cycle of timeless events and encounters are performed by mystic characters immersing the viewer into their world. With the aid of token items, two cryptic individuals navigate between parallel existences, living an astral projection, guided by each other's truths."

As for footwear, Marine Serre called on Jimmy Choo for a collaborative collection of contemporary heels with ultramodern details — each of which made the entire film that much more extraterrestrial. Watch Marine Serre's Spring 2021 film "AMOR FATI," below.