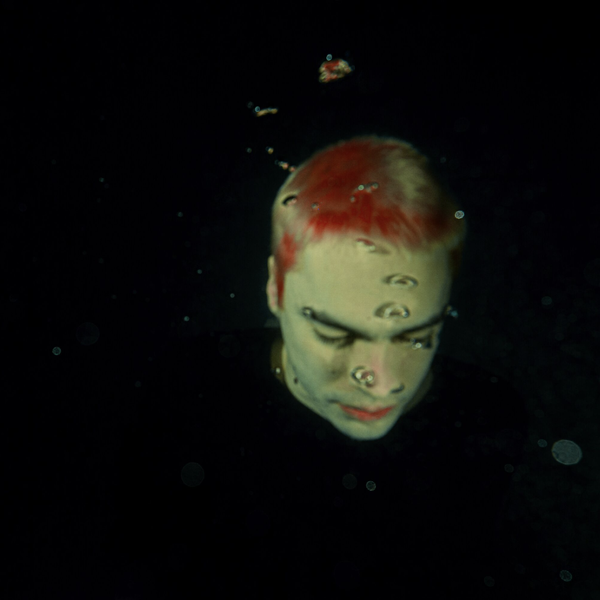 Despite having already given us 2019's definitive "fuck you" anthem in the form of the TikTok-primed "U Suck," Sega Bodega is taking no time to rest. Instead, he's returned to make good on his promise to deliver a debut in the New Year with the announcement of his first-ever artist album, Salvador, arriving just in time for Valentine's Day.

The news comes on the heels of a massive two-year period of growth for the Glasglow artist/producer that's seen him churn out experimental underground bangers for the likes of Brooke Candy, Quay Dash and Shygirl, co-found the label/creative collective NUXXE, and grow more comfortable with playing live instruments and using his own vocals on tracks.

Related | Here's Where Sega Bodega's Head Is At

Taking its title from Sega Bodega's given name, Salvador not only serves as the culmination of an artistic genesis but an important milestone for one of electronic music's most exciting new voices. Sega Bodega's most personal work to date, Salvador, sees the artist wrestling with his own personal demons and meditating on things like mental health, mortality and the ever fraught arena of love.

"I did a track with Coucou Chloe a couple years ago and I really liked that inaudible type of vocal that's got no real meaning behind it. Then I got past that and I couldn't find any weight in that for my own song writing," Bodega said about his approach to writing the album in an interview with PAPER last year. "I started trying to write about things I had been through myself and a lot of the album has to do with my past with alcohol. I don't drink anymore, I've been sober for three and a half years, and that was the easiest place to write about, actually."

To mark today's announcement, Sega Bodega has shared the album's second single, "Salv Goes to Hollywood," out today. "It's the first time I tried to vocal one of my own beats so it's the most indirect lyrically," according to Bodega.

Flipping between dreamy guitar plucks and squelching bass hits, "Salv Goes to Hollywood" sees Bodega at his most unconventional and unpredictable. Sounding like the chipmunk from Akon's "Lonely" took a Xanax and then deflated (in the best way possible), Bodega's alien-like vocals are ultimately what tie the whole thing together as he drifts from section to section.