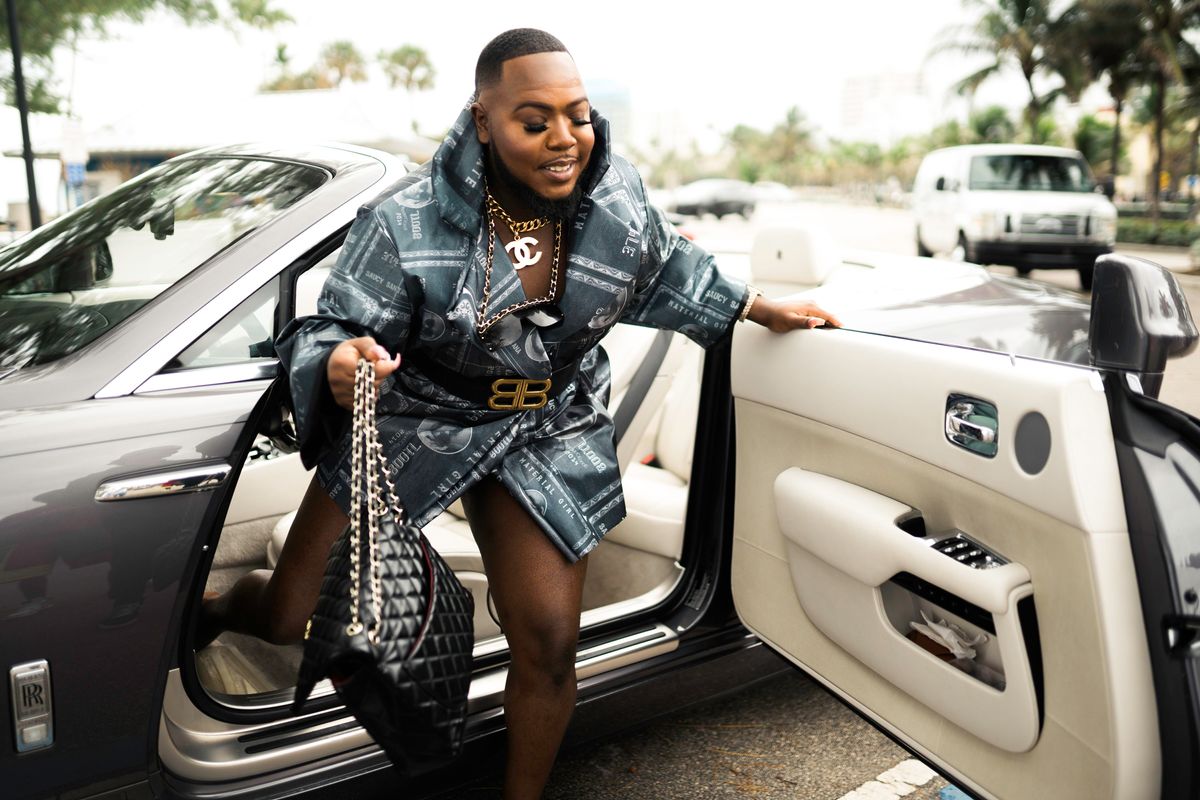 Where were you when you first heard Madonna belt about women deserving the finer things in life? While this remains true, rising Tallahassee rapper Saucy Santana revamps the concept for a modern era, which suggests that anyone, regardless of gender identity, can be a "Material Girl."

Today, Santana premieres his lively new song and video with PAPER, and appropriately, it's filled with Chanel, Gucci and Prada references galore. Meaning: broke ones need not apply. Its accompanying music video features cameos from fellow social media sensations, with everyone from Sukihana to Shannon Clermont of the Clermont Twins making appearances.

In the glitzy Des Gray-directed visual, Santana drives through Miami in a convertible as he raps about knowing his worth and not settling for anything less than he deserves: "You can leave with the crew that you came with/ Me and my bitches ain't playing." Elsewhere, there are shots of Santana flaunting an ornate manicure, dancing on a parked yacht and dining with models –– surrounded by Louis Vuitton, of course.

"'Material Girl' is all about wanting and having the finer things in life," Santana says of the video's inspiration. "Nobody wanna date no broke ass dude! Everyone dreams to live a lifestyle that consists of diamonds and pearls, so I made the music video to reflect just that. I also grabbed a few material girls to spice it up such as Tommie, Sukihana and Shannon Clermont."

"Material Girl" is the fourth track on Santana's brand new mixtape, Imma Celebrity, released just yesterday. The mixtape also features the rapper's viral, Megan Thee Stallion-approved song "Walk Em Like A Dog." The album concludes with "You Can't Kill Me," which Santana wrote after surviving a drive-by shooting that he believed to be a hate crime.

Santana shares more about the release, and how he presents a new perspective on experiences that anyone dating unreliable lovers are familiar with. "My life is the inspiration behind Imma Celebrity," Santana says, "I'm chopping up the game and giving the girls a woman's perspective coming from a man's approach. It's something new."

Santana continues, "This mixtape is a vibe. I want everyone to have a good time, and to stay on top of these dudes' necks. Get to your bag but also stay in theirs."