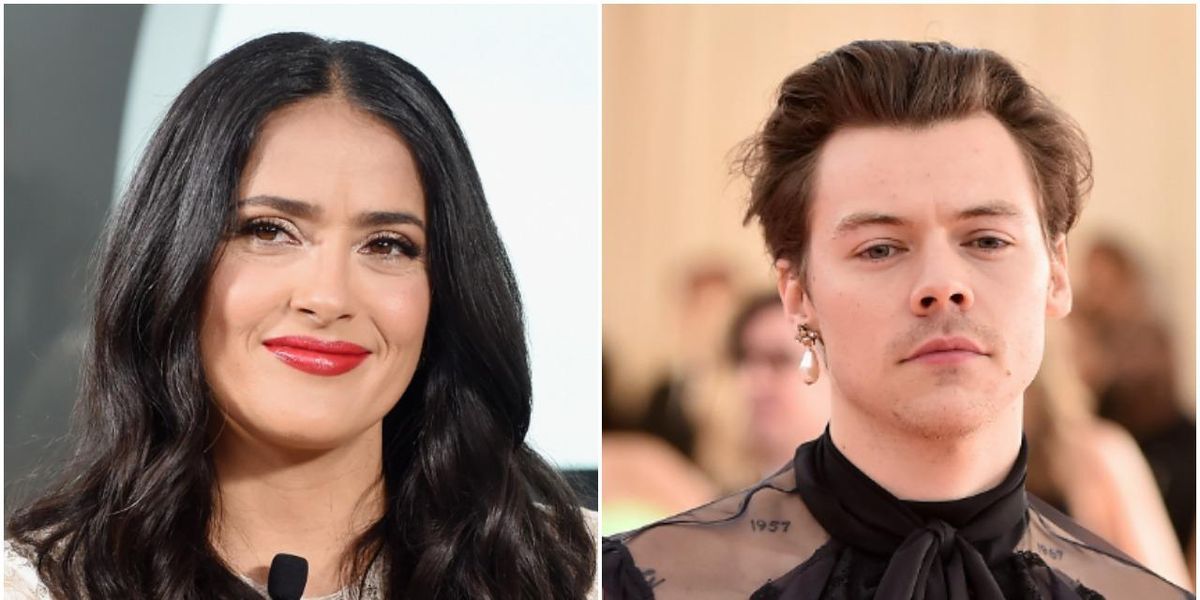 Turns out that when Salma Hayek's pet owl isn't meditating with mom, she's throwing up on other celebrities.

According to an extremely odd anecdote from Hayek, Kering the owl once met none other than Harry Styles. But unlike the rest of the world, the feathery rapscallion didn't appear to be a huge fan of the "Watermelon Sugar" singer. Especially seeing as how she ended up regurgitating a post-meal hairball on the star's head.

However, it seems like that's just typical owl stuff, as Hayek relayed on Ellen that "the worst" part of having an owl is when "there's this ball of hair that comes out of their mouth." But without knowing this fun fact, Styles was obviously "really excited about the owl and was hoping the owl would go on his head because it was on me" — that is, until she surprised him with a gross little gift.

Related | Harry Styles May Be Launching His Own Beauty Brand

"He's like, 'Oh, I need an owl in my life. How do you do that?'" Hayek recalled. "The moment he least expected it, it came on his head. But then he did the thing, and this came out -- this ball of rat hair was on his head."

And though Hayek initially tried to play coy by not naming "the very important celebrity" who was thrown up on, she eventually gave in and revealed who the mystery recipient of Kering's leftovers was. But even so, she said that Styles was "super cool" about the hairball before going on to explain that her rescue owl is apparently a relatively good egg when she's not vomiting on Grammy winners.

"She sleeps with me. And what happens is eventually I go to sleep and she just keeps flying around the room. She comes and snuggles before," Hayek said, though she also added that Kering occasionally does some not-as-cute things, like landing on her head in the middle of the night and attacking toes because she thinks they're mice. Oops.

Watch Hayek retell the story for yourself, below.