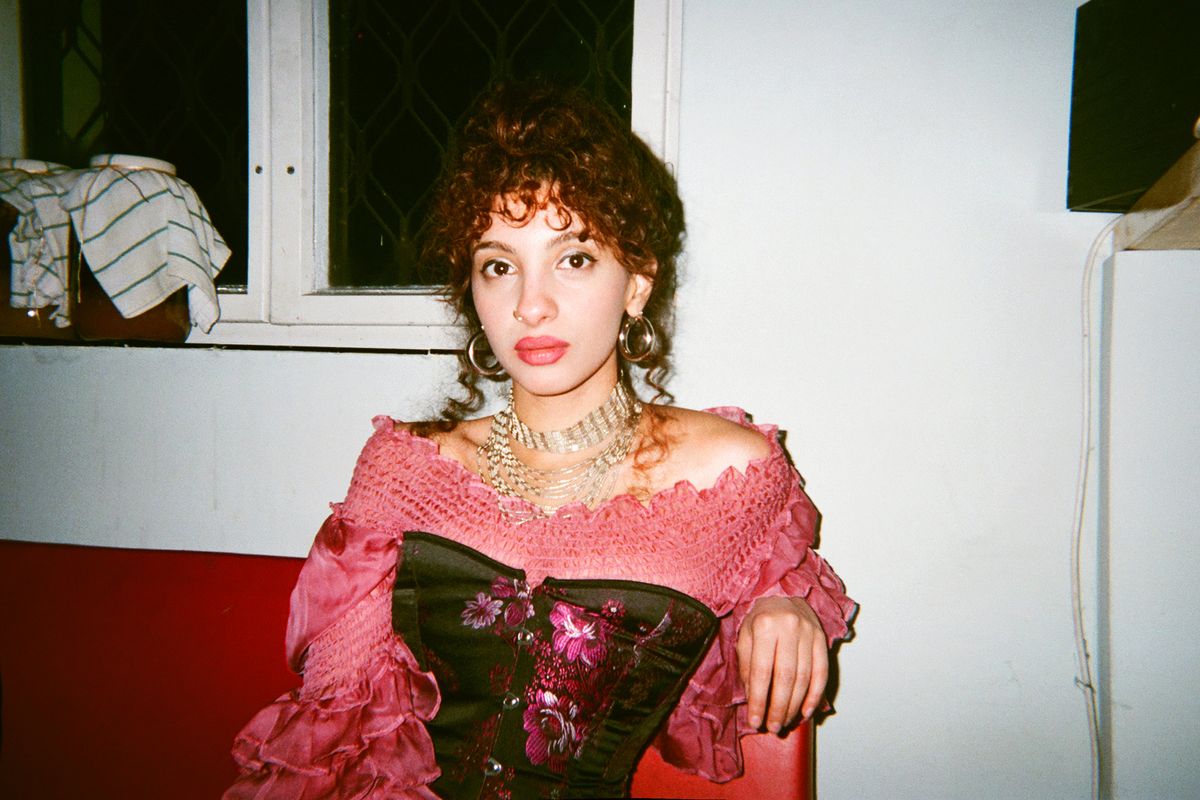 Tour Diary: Sadaf Live in the Czech Republic and Slovakia

Her disorienting but exhilarating noise music, which draws on pop traditions from around the world, had become an underground club mainstay, while her DJing (heard monthly on her RinseFM radio show), visual and performance art all stand on their own. Like most of her work, her first full-length album History of Heat, released this summer on Brooklyn's Blueberry Records, defies interpretation, but from the first few notes, evokes fury and discomfort.

Sadaf's work is best experienced live — as PAPER did recently at New Jersey's Mad Liberation Festival — so with help from Slovakian magazine Swinedaily, she took the album on tour in the Czech Republic and Slovakia. We caught up Sadaf to grab all her best shots from tour, and hear about playing experimental music in a historic synagogue.

Žilina, Slovakia, before my performance at Nová Synagóga

What was your favorite tour memory?

The entire tour was quite memorable for me for different reasons: each place left its own special imprint. I spent a lot of time on the train and really enjoyed these in-between moments of reflection as the Moravian countryside whizzed by with its strange mistletoe trees. The landscape of the trip was also very foggy and rainy which was beautifully atmospheric.

Playing in Zilina at a converted synagogue, designed by modernist architect Peter Behrens in the '30s was very special. It was amazing to play right after the contemporary classical ensemble of Peter Zagar, and the historicity of the space added so much to this unusual and beautiful context. I'm obsessed with trying the traditional food of each place and the search for that was also fun. For two of the shows, parents of friends were present in the audience and I loved that. I think the intergenerational exchange is very important and amazing to see worldwide.

"I try to avoid making work that can be interpreted as didactic in any way."

What is the larger message behind your album, History of Heat?

I try to avoid making work that can be interpreted as didactic in any way. I think that the album is abstract and open-ended in ways that allow for personal reflection and multiple readings. It's a very personal work, but I can only say what it has meant to me. My work is not autobiographical but it is auto-fiction, and uses elements of my real life, mixed with imaginary or exaggerated retellings and inventions. This album marks the closing of a chapter in my sentimental life. It is a very late coming of age or passage towards what i hope is a greater maturity in terms of creating and also in terms of living. The album is a cinematic trace of the history of a relationship, with all its confusion and complexity, but it is also a reconciliation with the self: a way for me to get to know myself better. In this way, I hope that it also encourages a transformative introspection and self reflexivity.